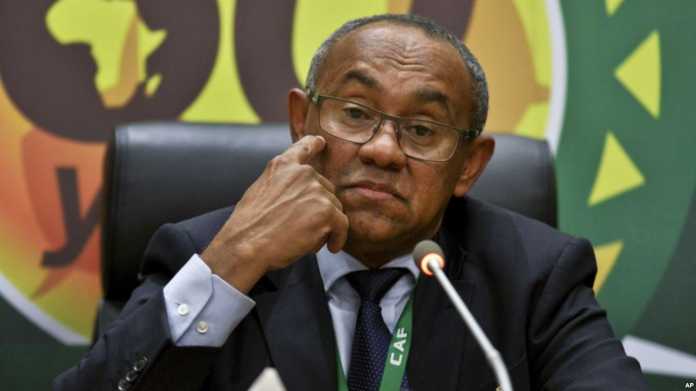 The President of the Confederation of Africa Football Ahmad Ahmad has been accused of sexual harassment a day after he was released by the French Police on Friday.

A public relation consultant from Mali, Mariam Diakite, told The New York Times that she was fired by Ahmad for rejecting his advances.

Diakite, 34 said she had confrontation with Ahmad in a hotel suite during a conference she was hired to organise in Rabat, Morocco in 2017.

She stated that Ahmad informed her he was terminating her appointment because he had informed officials that they were in a romantic relationship, and that it would be a conflict of interest if she carried on working.

“He (Ahmad) was refusing to let me work because I refused to marry him,” Diakite was quoted as saying by The New York Times.

“When you are a president and you’ve got people whose dreams is to work in football and you say, ‘come to my room and I will give you a job.’ Is that not abuse of power?”

Ahmad in his response to a question from the New York Times about the incident with Diakite labelled her accusation as ‘smears of character.”

He also stated that the move is part of a personal vendetta against him being orchestrated by a former senior employee CAF.

“They are lies,” Ahmad told The New York Times.

Senior officials of CAF and FIFA according to the report however, resolved the conflict between Ahmad and Diakite and afterwards he apologised to her and agreed to allow her continue her work.

Also, a female British translator, whose identity is known to The New York Times, but spoke on the condition of anonymity, was said to have been cornered by Ahmad at the same event in Rabat.

She said Ahmad had insisted that she too accompany her to his room.

The British woman was hired to do translation at the conference in Rabat but quit immediately after the encounter with Ahmad and returned to Britain, where she filed complaint with the police in London.

Details of Ahmad’s conduct in Rabat in 2017 are part of a dossier filed with FIFA’s ethics committee by Amr Fahmy, who had been the No.2 official under Ahmad until he was ousted this year.

Meanwhile, FIFA has revealed that it would not comment on any of the allegations leveled against Ahmad with the ethics committee currently inquiring.