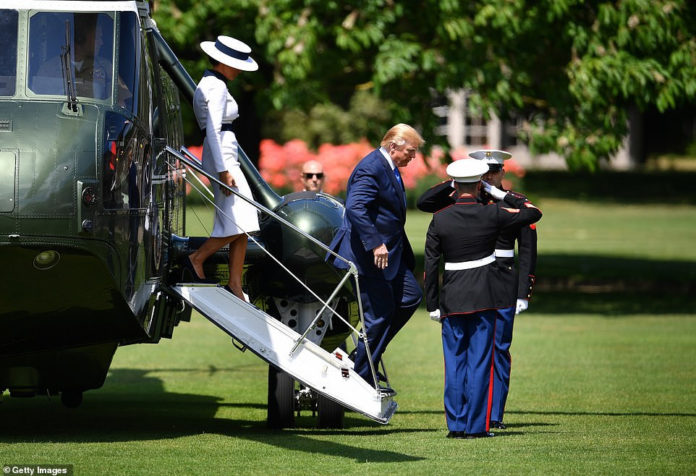 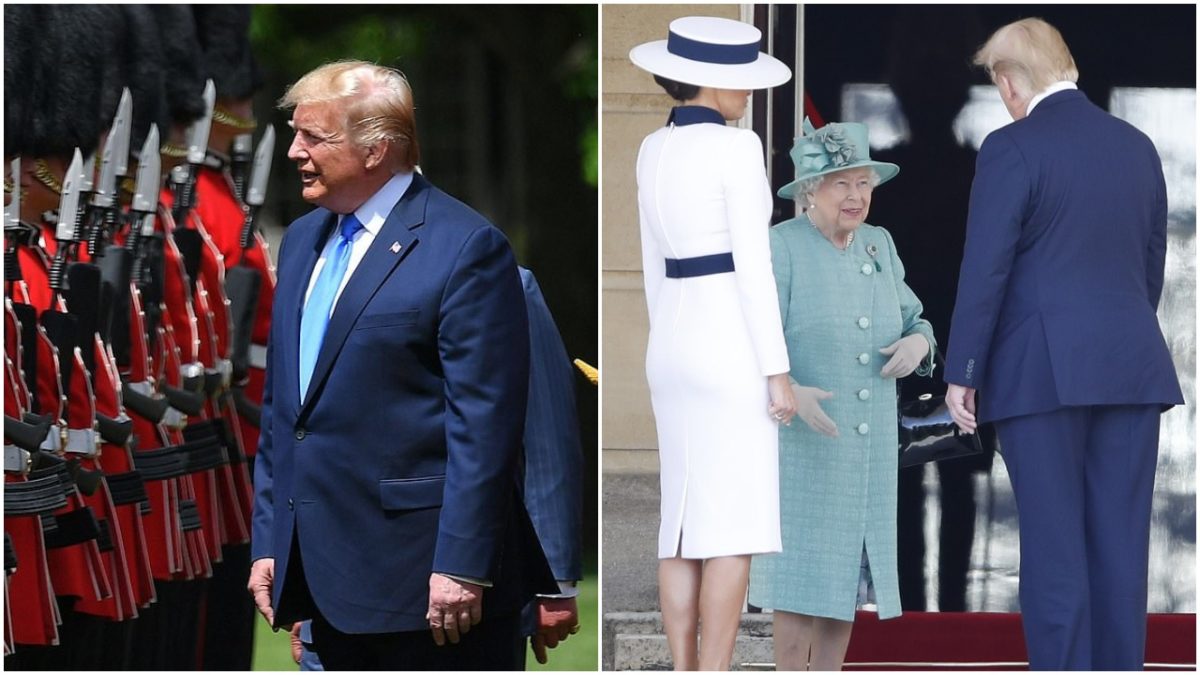 US President, Donald Trump and his wife Melania Trump are at Buckingham Palace for lunch with the Queen, Prince Charles, Camilla, Prince Harry and other senior royals today.

Marine One, carrying Donald Trump and Melania Trump, landed on the lawn of Buckingham Palace and were met on the lawn by Prince Charles. A Royal Salute of cannons was fired in neighbouring Green Park by The King’s Troop Royal Horse Artillery and further away at the Tower of London on the banks of the Thames. 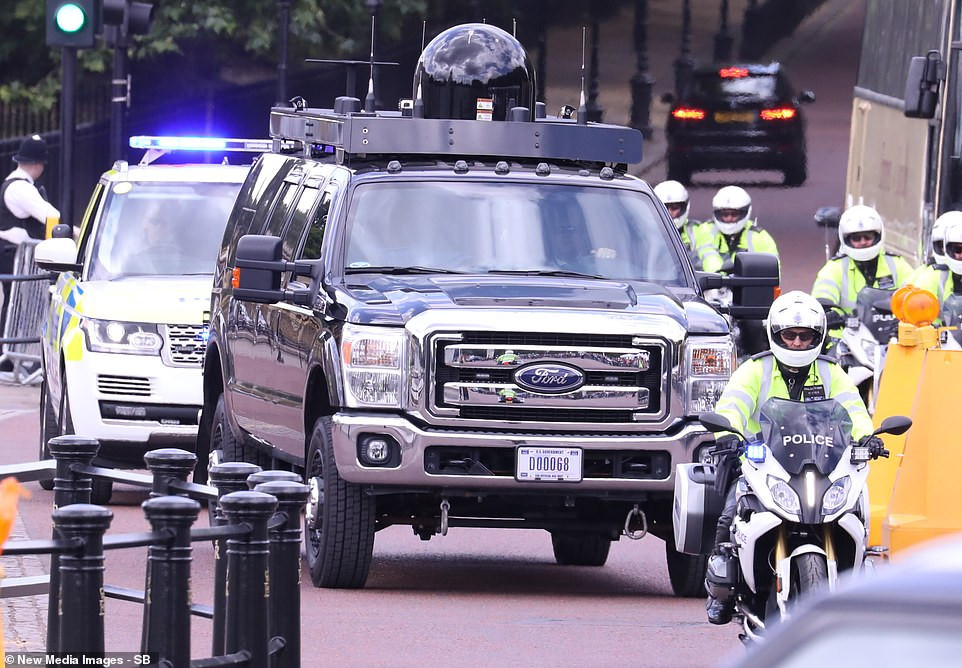 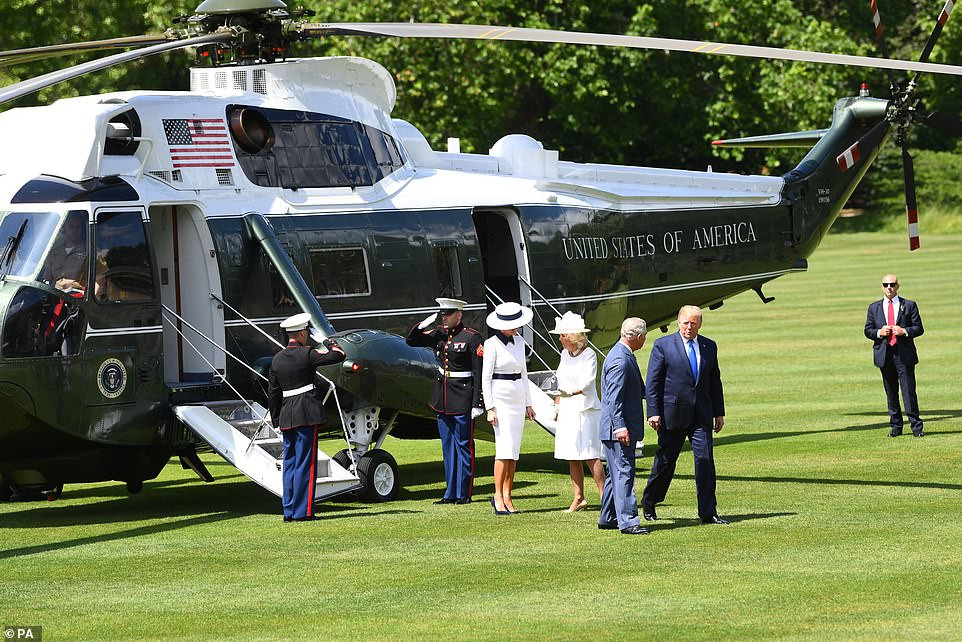 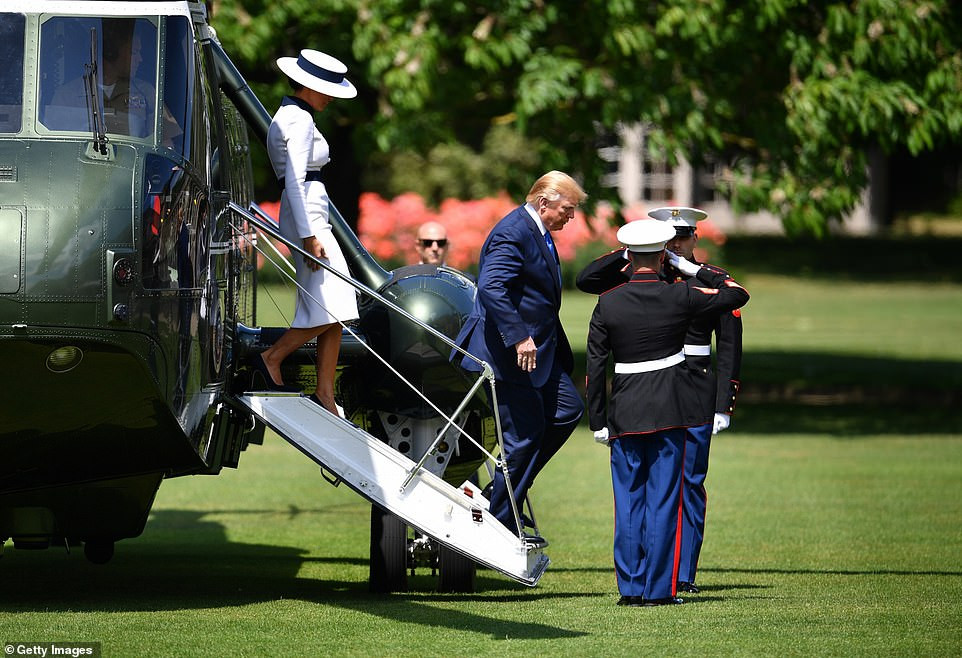 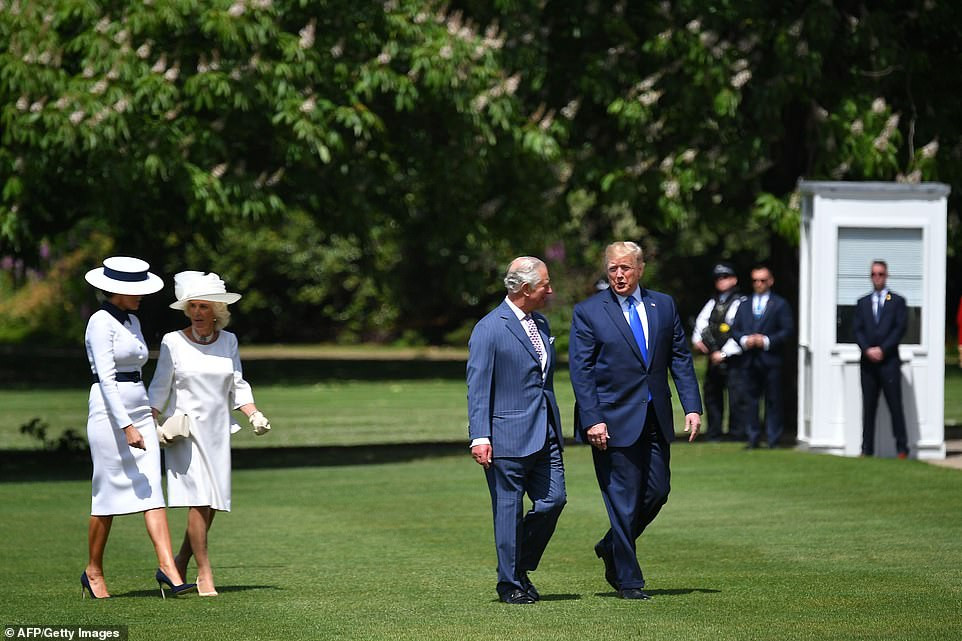 More to it, the First daughter of the US president, Ivanka Trump and her husband Jared Kushner were also pictured peering from a window as they watched the thousands who gathered outside to watch the arrival of Trump. 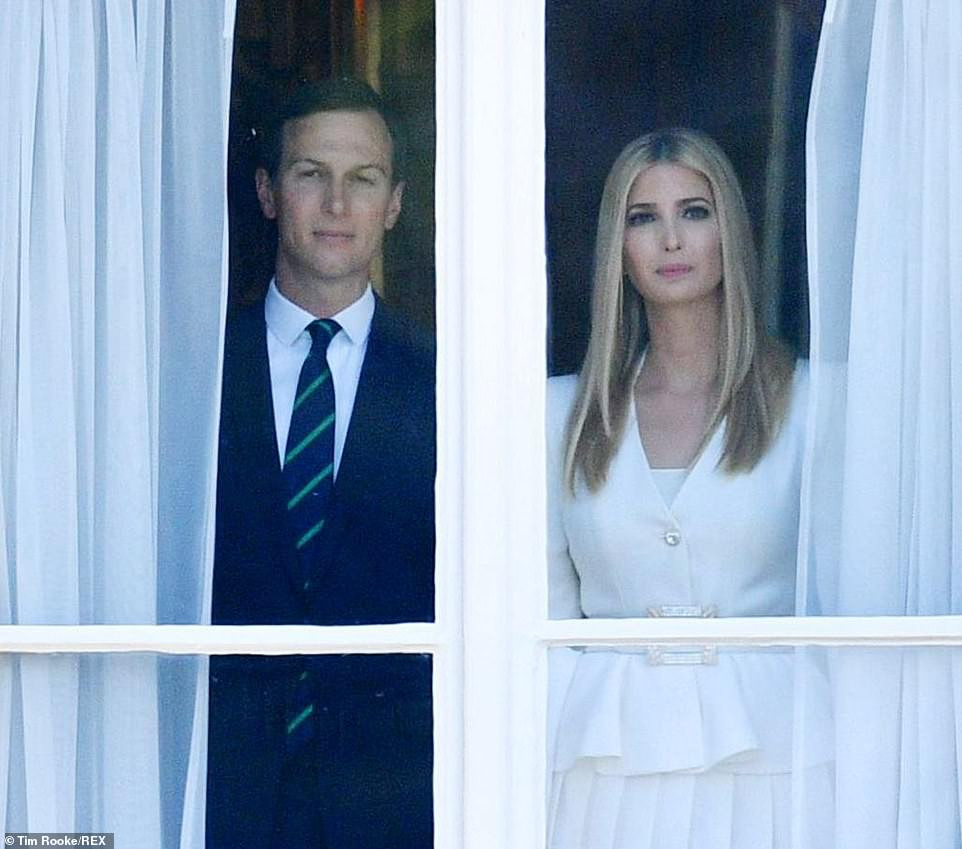 I think pictures have a way of speaking for itself, innit? Let’s take a look at more pictures. 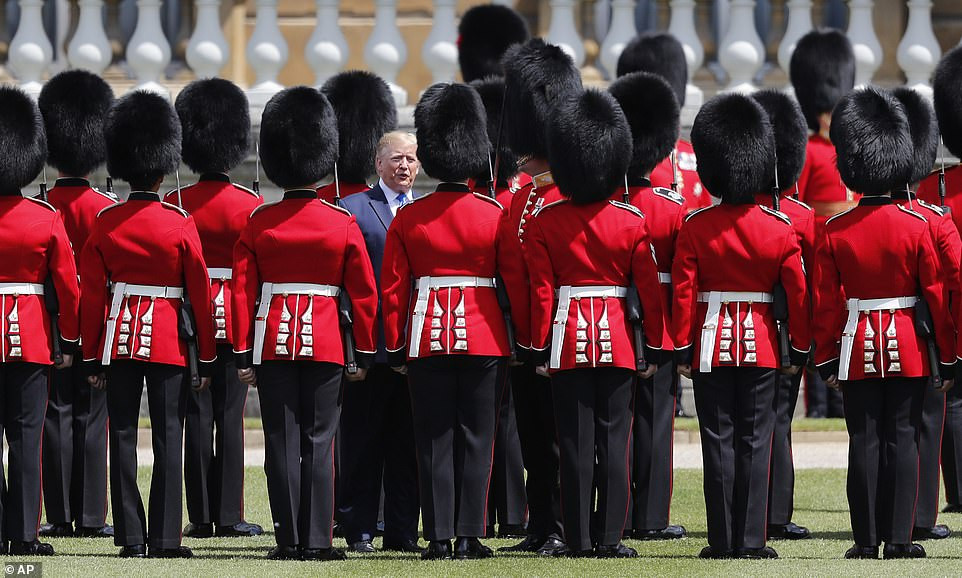 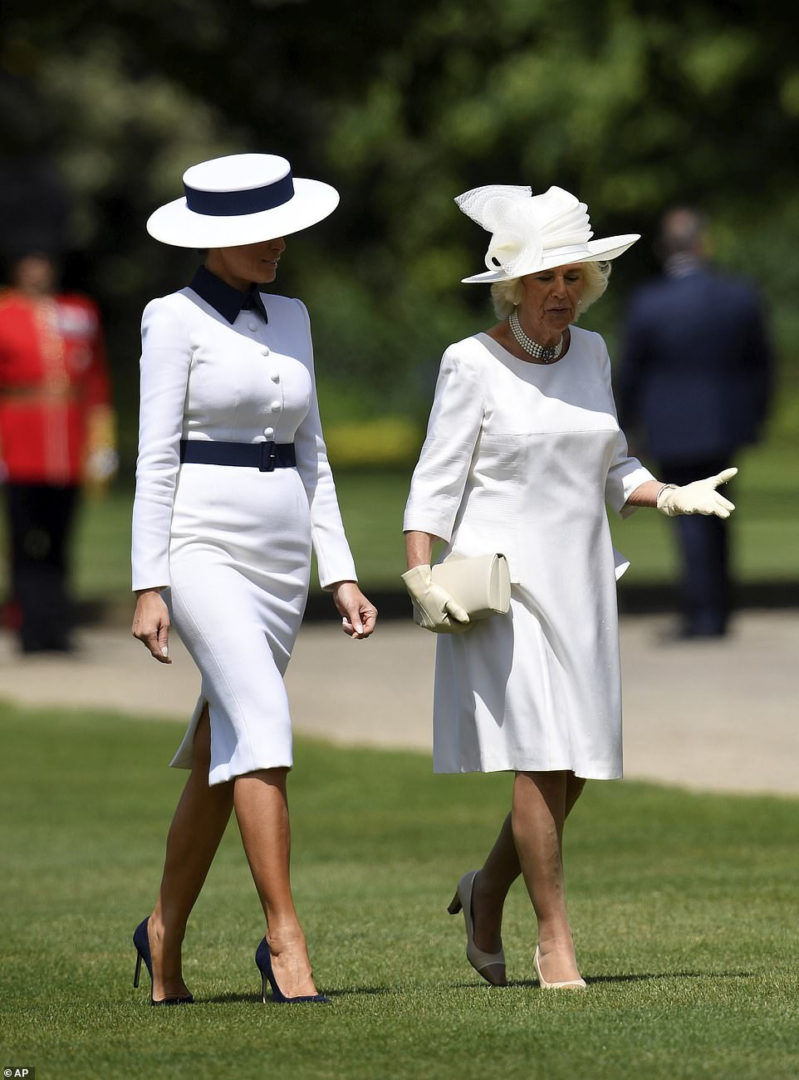 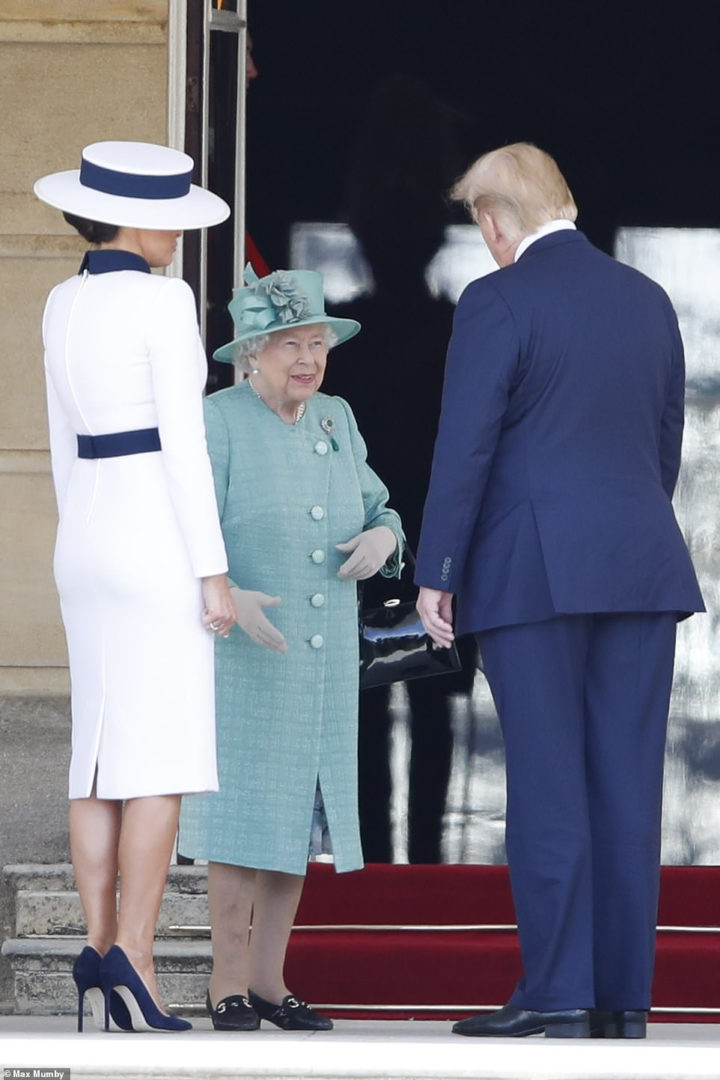 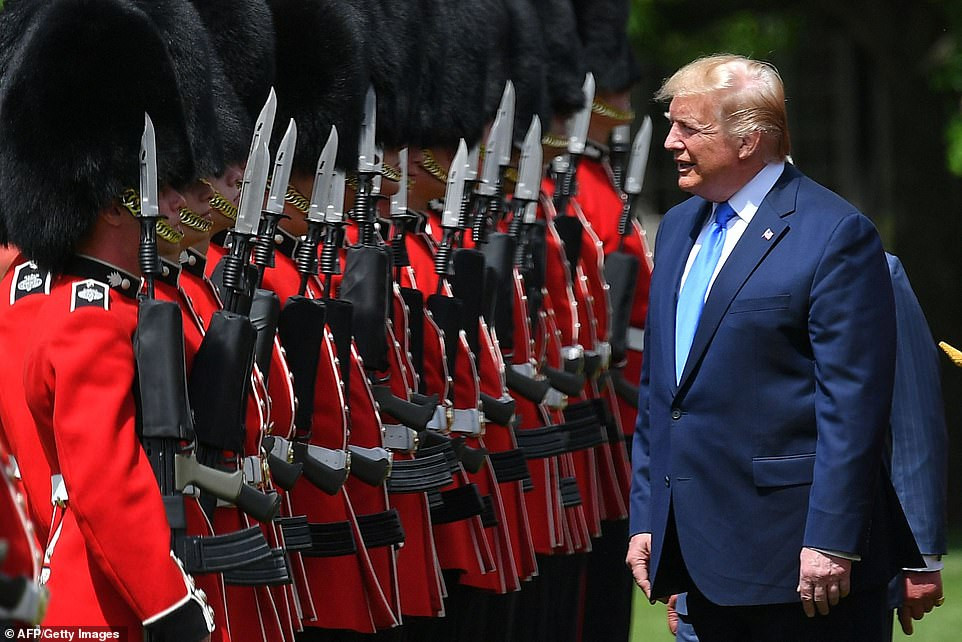 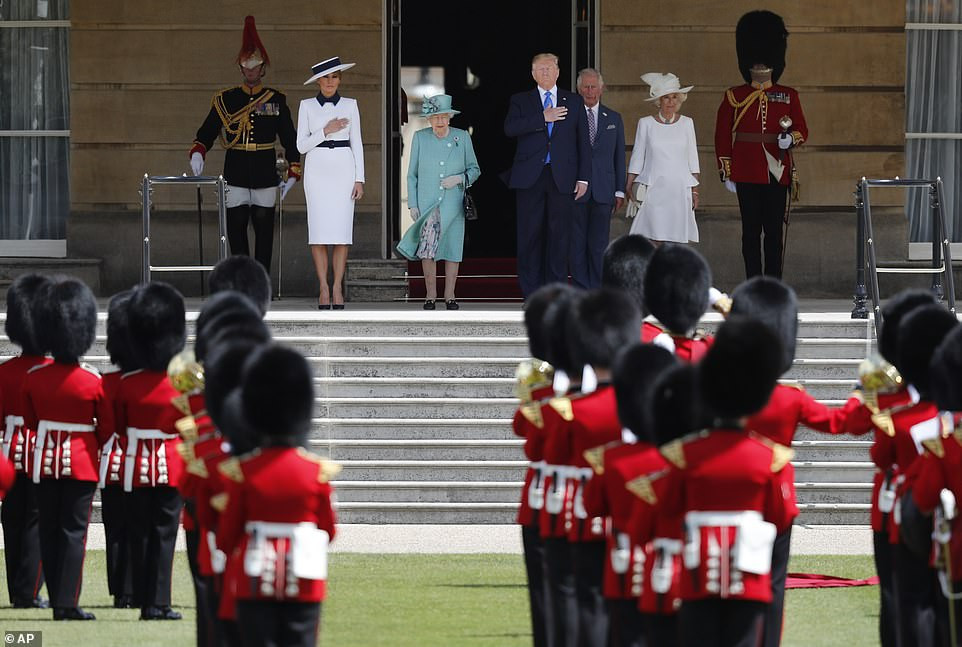