PARIS (AP) — Rafael Nadal made quick work of Roger Federer in their first French Open meeting since 2011, beating his rival 6-3, 6-4, 6-2 Friday in strong wind to reach his 12th final at Roland Garros. 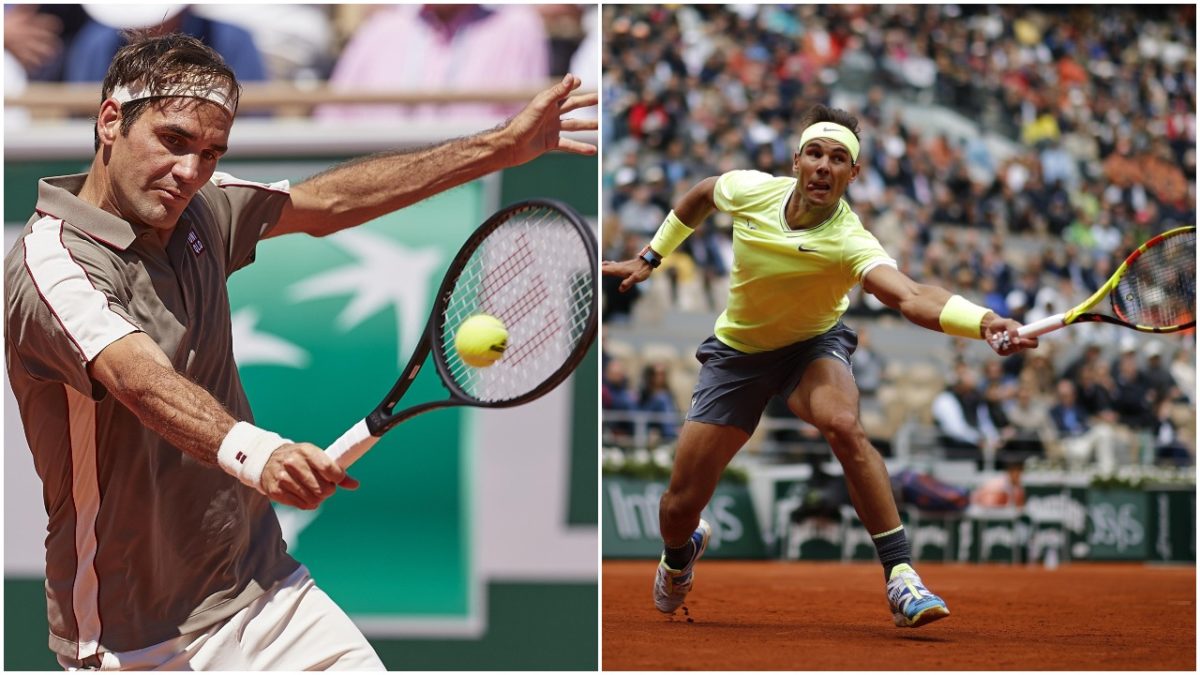 Nadal has never lost a semifinal at the clay-court Grand Slam tournament. Never lost a final, either.

And he’s never lost to Federer in Paris, improving to 6-0. Overall, Nadal leads their series 24-15. Federer had won their past five meetings, but those were all on hard courts. 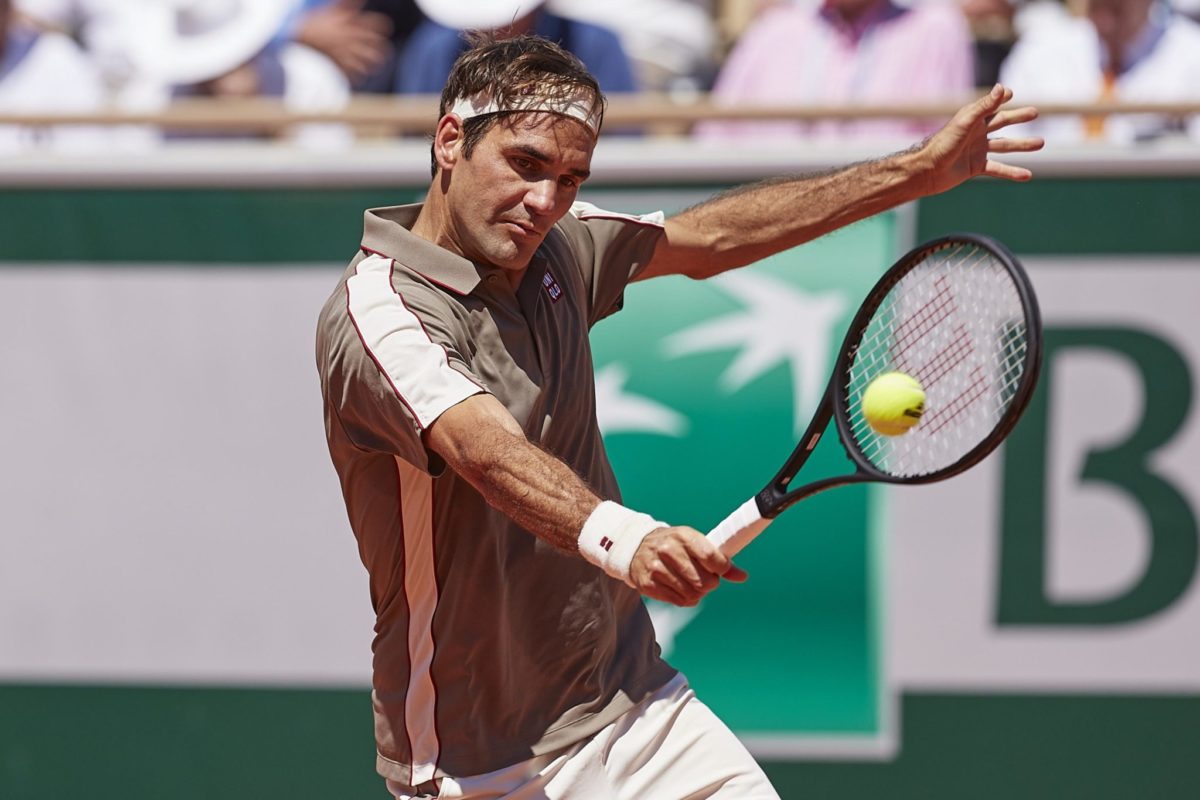 It’s a whole different task to take on Nadal on clay, in general, and at the French Open, in particular, where his one victory away from a 12th championship, which would be more than any man or woman has won at any of the Grand Slam tournaments.

In Sunday’s final, the No. 2-seeded Nadal will take on either No. 1 Novak Djokovic or No. 4 Dominic Thiem.

This was the first time since 2011 the four top-seeded men were in the semifinals at Roland Garros.

Like so many times before, it was Nadal’s topspin-heavy lefty forehand, his relentless ball-chasing and his return game that gave Federer fits.

Frustrated the guy so much that the generally stoic Federer smacked a tennis ball toward the stands after getting broken to trail 2-1 in the third set.

It would soon be over.

Federer, who was playing at Roland Garros for the first time since 2015, hadn’t lost a set through five victories over the past two weeks. With an aggressive, head-to-the-net style, he had been broken a total of only four times by those opponents.

Nadal easily exceeded that in a span of three sets across less than 2½ hours, winning 6 of 13 return games.

The 37-year-old Federer, whose 20 Grand Slam titles are a record for a man, was serenaded off the court by spectators’ chants of his first name. He raised his right arm for a quick wave as he walked away — perhaps for the final time. He missed the tournament in 2016 with a bad back, then skipped it the next two years to prepare for grass and hard courts.

He looked quite good in his return, until running into his old nemesis.

In the women’s semifinals earlier Friday, Ash Barty came back from a set and a break down to end 17-year-old American Amanda Anisimova’s breakthrough run with a topsy-turvy 6-7 (4), 6-3, 6-3 victory.

The No. 8-seeded Barty, a 23-year-old Australian who took nearly two years off from tennis to play cricket, will face another unseeded teen for the championship Saturday: unseeded 19-year-old Marketa Vondrousova of the Czech Republic.

“I’m proud of the way I fought and found a way back into that match,” Barty said. “It’s just been an amazing journey that I’ve been on. I can’t wait to see what happens tomorrow.”

Vondrousova also reached her first major title match, eliminating No. 26 Johanna Konta of Britain 7-5, 7-6 (2). Vondrousova has not dropped a set in the tournament and can become the first teenager to win the French Open since Iva Majoli in 1997.

Both matches saw massive swings of momentum, particularly Barty vs. Anisimova, the 51st-ranked American who hadn’t ceded a set through the quarterfinals.

Barty began as well as possible, racing to a 5-0 lead within 12 minutes by winning 17 of the first 18 points.

“I felt,” Barty would say afterward, “like that happened really quickly.”

Moments later, with Anisimova serving at 15-40, Barty held two sets points. From there, Anisimova began playing the way she did in her upset Thursday of defending champion Simona Halep — and Barty suddenly lost her way.

Anisimova took six consecutive games, and in the eventual tiebreaker, she collected the last five points. That began a run of 17 points in a row for her en route to a 3-0 lead in the second set. But then it was Barty’s turn to change things and she went on a six-game run to force a third set.

There was one last big shift to come. Anisimova was up a break and serving at 2-1 in the third when her coach signaled from the stands that play should be halted because of rain. The chair umpire checked the white lines, though, and determined the match could continue.

Anisimova then got broken there, opening another four-game run for Barty. Even though Barty needed six match points to close things, she did, indeed, finish the job.

Vondrousova, meanwhile, trailed 5-3 in each set but came back each time. Konta wasted three set points in the opener.

The semifinals were played in difficult conditions, with drizzle that had spectators opening umbrellas, wind that reached 12 mph (20 kph) and temperatures around 60 degrees Fahrenheit (15 degrees Celsius). And they were played at unusual courts — scheduling that was criticized by women’s tennis tour CEO Steve Simon as “unfair and inappropriate.”

Normally, all French Open singles semifinals are held in Court Philippe Chatrier, with the women on Thursday and men on Friday. But after a full day of play was washed out by rain Wednesday, tournament officials were forced to shuffle the schedule.

The two women’s semifinals were contested simultaneously at the second- and third-biggest courts at Roland Garros instead of the main stadium.