Home News Nigerian mum cries out after her 21-year-old daughter was arrested for being... 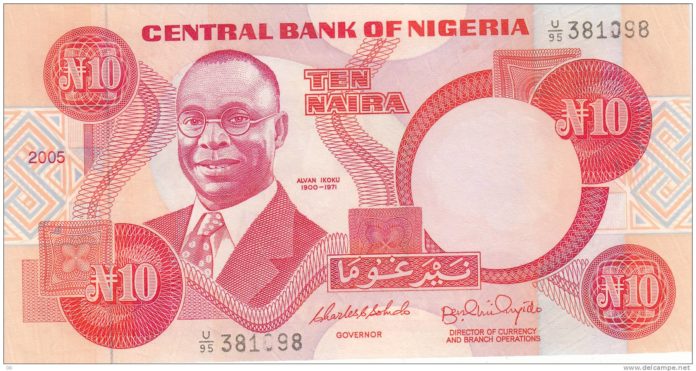 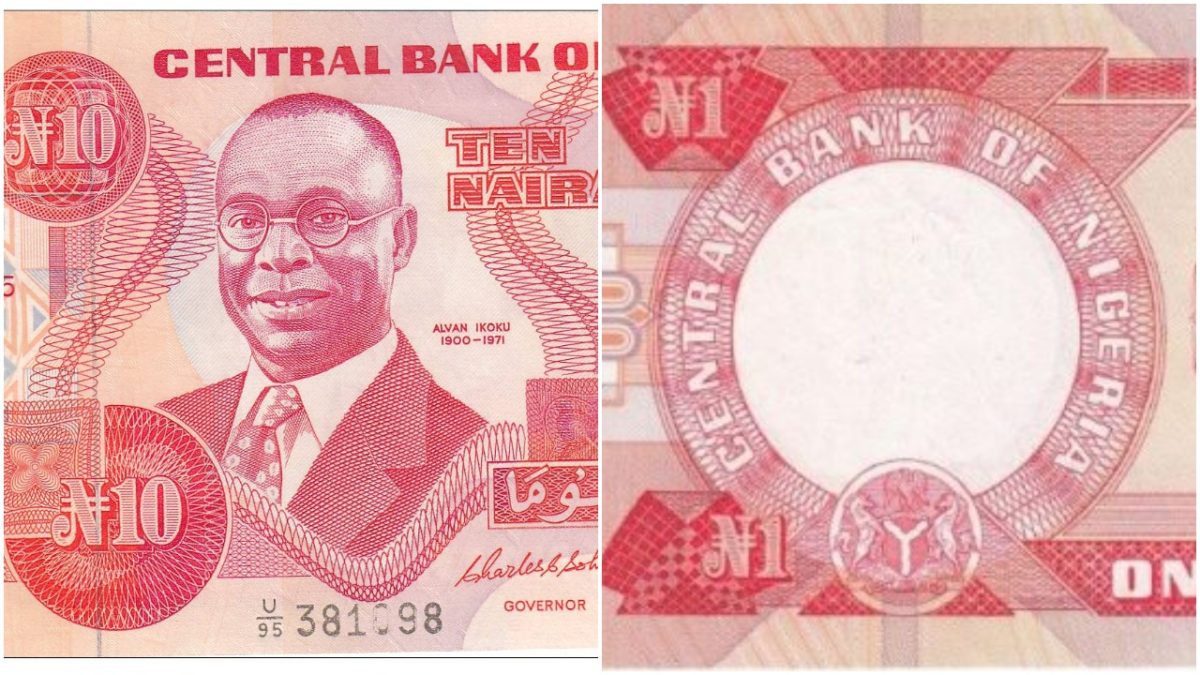 A Nigerian mum, Bunmi Dipo-Salami, has cried out for justice after her 21-year-old daughter was arrested for being in possession of old Naira currencies. 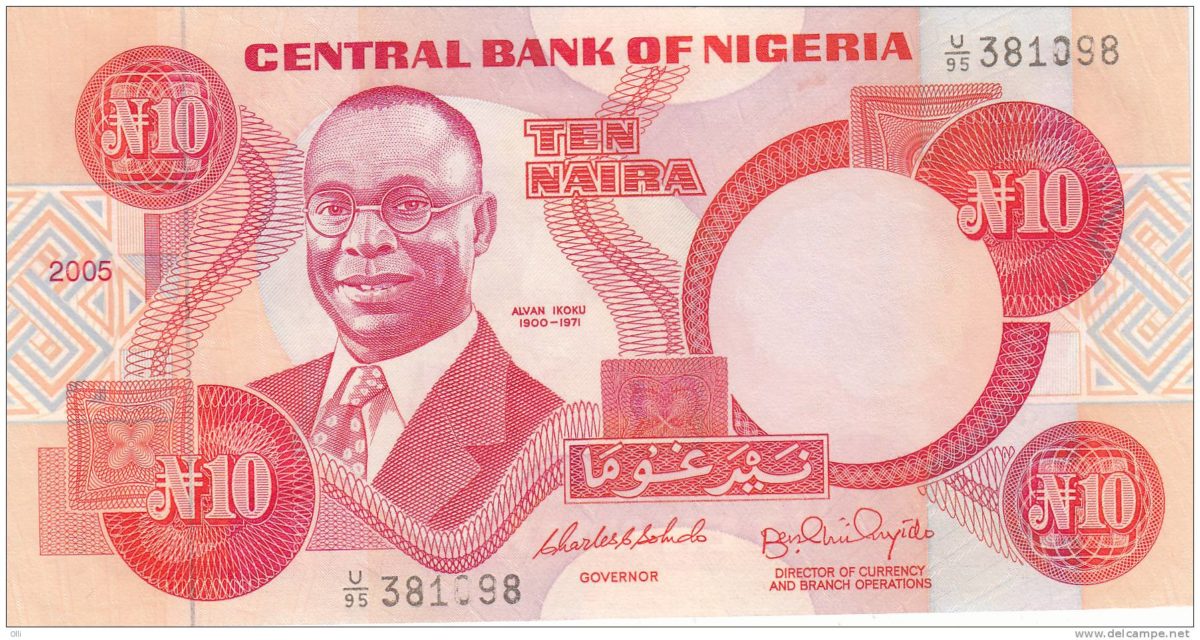 The war on women was brought into my bedroom on Friday night when my 21-year old daughter, Temisan was arrested by the Police at the check-point by the City Capitol hotel in Abuja at 23.23h for possession of old Nigerian currencies – one twenty naira (N20.00) and fifty naira (N50.00). That was three minutes after she called me she was on her way home and had shared her Taxify trip status with me.

She had gone for dinner with her friends at the Ivory Place in Wuse 2 and was on her way back home when the Police team of four stopped the car she was riding in, asked her to come down and started searching her handbag. When they could not find any contraband in her bag, they pulled her wallet apart and found the old bills. Thank God that she had the presence of mind to call me immediately they asked her to come down from the car and started searching her bag. They asked her to stand by the roadside and dismissed her Taxify ride. Then she said they were taking her ‘somewhere’ and she will know her offence. So she started shouting that her mum wanted to speak with them. Then I heard the policeman say ‘stupid girl, who is taking your phone? So reluctantly he took the phone and I introduced myself as her mum and requested to know what they were charging her for. That was when Officer Nnaman (I think that was what I read on his tag) told me ‘we found old currency in her bag so we are taking her to the station’. When I asked where exactly that was, he could not tell me any particular location. All he said was ‘well, we are still at City Capitol hotel for now but we will soon go’. When he said that, I saw flashes of the manifestations of the war on Nigerian women: women arrested on trumped-up charges and raped in custody, commercial sex workers arrested for the sexual pleasure of the Police and detained for days, I saw women who were killed for trying to resist their Police abductors and labelled armed robbers or girlfriends of criminals, accused of illegal possession of hard drugs (which they would have planted on their victims), and so on and so forth. I told God that Temisan should not be added to the statistics and quickly threw a boubou on my nightgown, and raced out to save my daughter! In the car, I called a Deputy Commissioner of Police (DCP) friend of mine and explained the situation to him. He confirmed that wasn’t a criminal offence and asked me to call him when I got to where she was being detained.

It took less than 10 minutes to get to her but the car couldn’t move fast enough for me! We were like a minute from her when she called again that they said ‘someone’ was taking her ‘somewhere’. I told her not to move since I was already seeing her silhouette. When I saw my daughter, my heart sank. Whoever saw her where she stood by the hotel would have said she was soliciting. Nobody would have imagined that her journey did not originate from that location or that her Taxify driver was dismissed by the Nigerian Police Officers on duty! She was visibly shaken and traumatised but she was composed. I held her tight and asked for the oic. He repeated her offence and showed me the two bills in the photo as evidence. I requested to know if that was an offence and he answered in the affirmative. I called the DCP and handed the phone to the officer Nnama. The spoke and all I could hear was ‘yes sir, yes sir, yes sir’. When he handed the phone back to me, he was looking like a deflated balloon. the DCP apologised profusely on behalf of the Force. Then we were free to go home.

In the car, I couldn’t stop imagining what could have happened to my daughter and the lies the Police would have told if anything untoward had happened to her. I could not bring myself to imagine how that would have changed the lives of every member of the family. I wondered how the evening would have ended if I did not have a DCP on speed dial.

It did not matter that she carried her NYSC ID card or her valid Driver’s license or her Voter’s Card in her wallet – documents that would have shown that she is a responsible, law-abiding citizen. I wondered what could have happened to her if I had been out of town or if I did not live here in Abuja with her. I kept wondering why she decided to ride in her friend’s car instead of taking her sister’s car as planned. I had a feeling she was going to have a run-in with the Police when she left me in the living room and I had told her the routes to avoid when driving back home because of Police harassment on Nigerian women. When I realised she didn’t take her car, I called to ask how she was getting home and she said she would take a Taxify. I was uncomfortable and asked her to share her trip status with me the moment she got in the car. I also started praying for her safety as I monitored the trip.

We got home just before midnight.

I am THANKFUL. God loves us and I know it. I feel it every waking moment!

I am also ANGRY that we have a President that allows the war on Nigerian women to go on and refuses to say a word. I am angry at the innocent women whose lives have been taken or ruined due to poor leadership and virtuous followership. I am angry that all the gains made by women previously have been rolled back by a misogynistic leadership who just got re-elected for yet another term.

Nigeria belongs to all of us and nobody can run me out of town. I have joined other Nigerians to decry the war on women in the past few months but now the battle just got PERSONAL. The battle line has been drawn!

Violette - July 1, 2020 0
The issue of killing black lives is something that is getting worse among the White countries. This has made many black people to form a...

I’m Prepared To Serve God as a Pastor Should He call Me – Rapper...

Violette - May 12, 2020 0
Ghanaian rapper, Nii Addo Quaynor, who goes by the stage name Tinny, has disclosed that  he is very prepared to serve when the divine...

Violette - May 14, 2018 2
Big brother naija 2018 winner Miracle has just been dragged into a controversy by a social media user who revealed that the lady in...

Tekno and Wizkid Gambles As They Play Game of Chance To Win Money in...

Violette - November 19, 2019 0
Nigeria singers, Wizkid and Tekno has shown their love for money as they both gamble to play a game of chance in Dubai. The two...