Home News None Of My Family Members Wanted Me In Acting — Actress Jennifer... 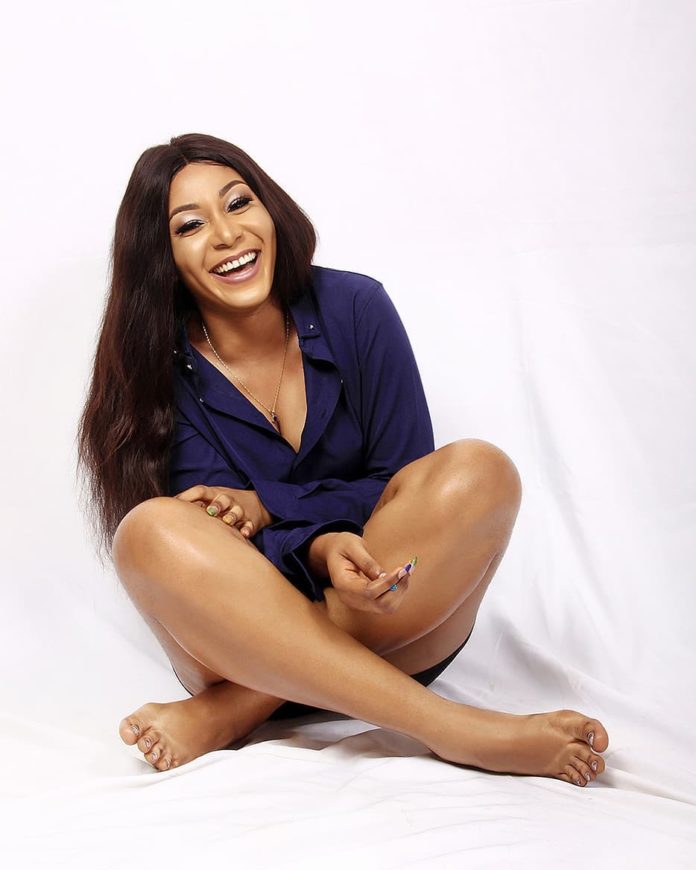 The Imo State-born thespian began her journey into the movie industry after her friend facilitated her first movie role during a movie shoot near her house.

In this interview with Newton-Ray Ukwuoma, she also talked about her encounter with ‘fake friends’ in the industry, why she can’t go nude; her challenges among others. Excerpts:

How long have you been acting?

I will say I started acting full time 3 years ago

How did your journey into the movie industry commence?

I have always had the passion for acting. I didn’t know where to start from and how to go about it. I started modeling in 2010 after my O’level. So, I had friends who always encouraged me and asked me to join the movie industry on the grounds that I have got all it takes to be a TV star. Then I had the courage to go for it. I started getting audition updates from people and on Facebook. My family then was against it, especially my elder brother, who was like a thorn in my flesh.

I told him that the only thing I needed was his support or else I will go behind and do my thing. My mum later gave in and supported me. However, in 2011, I was at home cooking when my friend came to me and told me that they were filming close to my house; that a guy who is an actor on that set came around to buy something and then they started talking and she told him she had a friend who really wanted to act but doesn’t know how to start. So, the guy requested to see me. She called me to meet the guy. I quickly rounded off with what I was doing and went to see him. 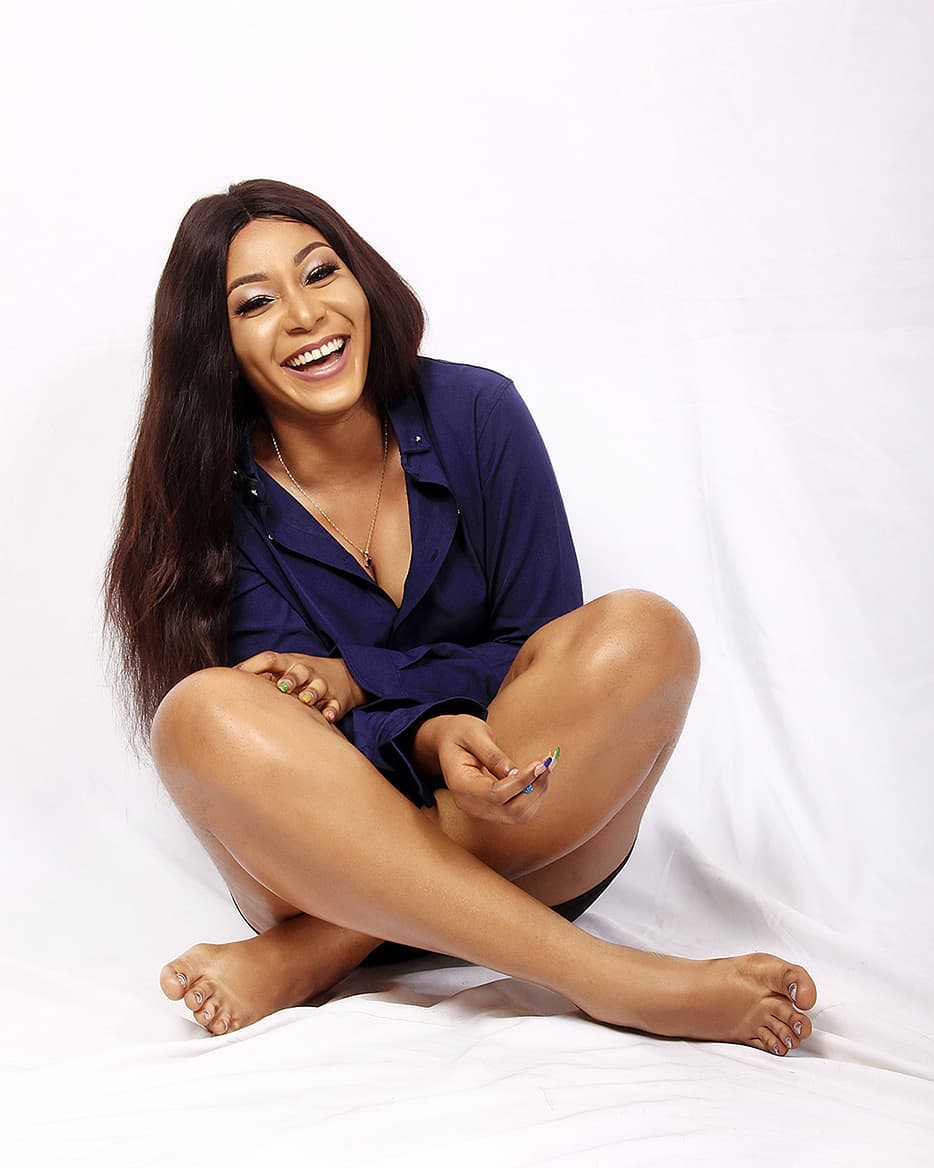 On getting there, he saw me, we talked and I told him I really wanted to act so he took me to that set and was able to get something for me to do which was just three scenes. The movie was entitled, BlackBerry Prostitutes. That was my first movie ever, but unfortunately he is late now (May his soul rest in peace. Amen!) That was actually the  starting point for me.

How was the experience being on set in such a manner?

There was this joy in me that day. I felt I have finally found my passion. So, I started attending acting auditions here and there. It wasn’t easy at all. The stress was so much that I almost gave up on it.

I met so many who promised and failed. I met the fake and real ones then I decided to go back to school and come back when I am done and free to do all I wanted. But I never stopped modeling.

I was doing it while I was in school and using proceeds from that to support myself. Then in 2015, I started coming back into the industry because I had come to understand everything about the industry.

I graduated in 2015, served in Akwa Ibom State in 2016 then I started calling most of the producers and directors that I knew, telling that I am ready to start my acting career full time. So, from 2017 till date, it has been a great journey for me I must say.

Who are those you looked up to before you joined the industry?

Have you been on same set with any of them?

No. I haven’t but I know I will someday. I was supposed to be on the same set with Mercy Johnson but it clashed with another, so it didn’t work.

What were the earliest challenges you faced?

The challenges I faced wasn’t as bad as I expected. It is just that some fake people who were not what they tell you they are will come to you, wanting to establish a relationship with the motive to have a taste of you and go.

I met so many people like that and it was because of that I almost wanted to give up on acting. But it is something I really have passion for, so I decided to stay away for a while and get to understand the industry and make more of the real contacts before coming back full time, which was what I did.

How does your man react seeing you play romantic roles in movies?

The regular punch line (laughs). He would always say, ‘After you will say it’s movie you are acting’.

Does that make you select roles?

I select based on the story and role given to me.

So, what kind of role will you reject?

Even if the money is in millions of dollars?

I’m not interested please. I can’t expose my body to the world in the name of acting.

What makes you unique?

I love being different and surprising and not fitting stereotypes. I’m rather pleased to be me. I have a great self-esteem and confidence. It makes me willing to seek out and accept challenges I may not appear to be able to deliver on initially. I’m open-minded and can’t stand injustice. I dream big and work hard. I’m not afraid of failure. In fact I think it is an essential part of the experimental process that takes you to success. This is why I am unique. 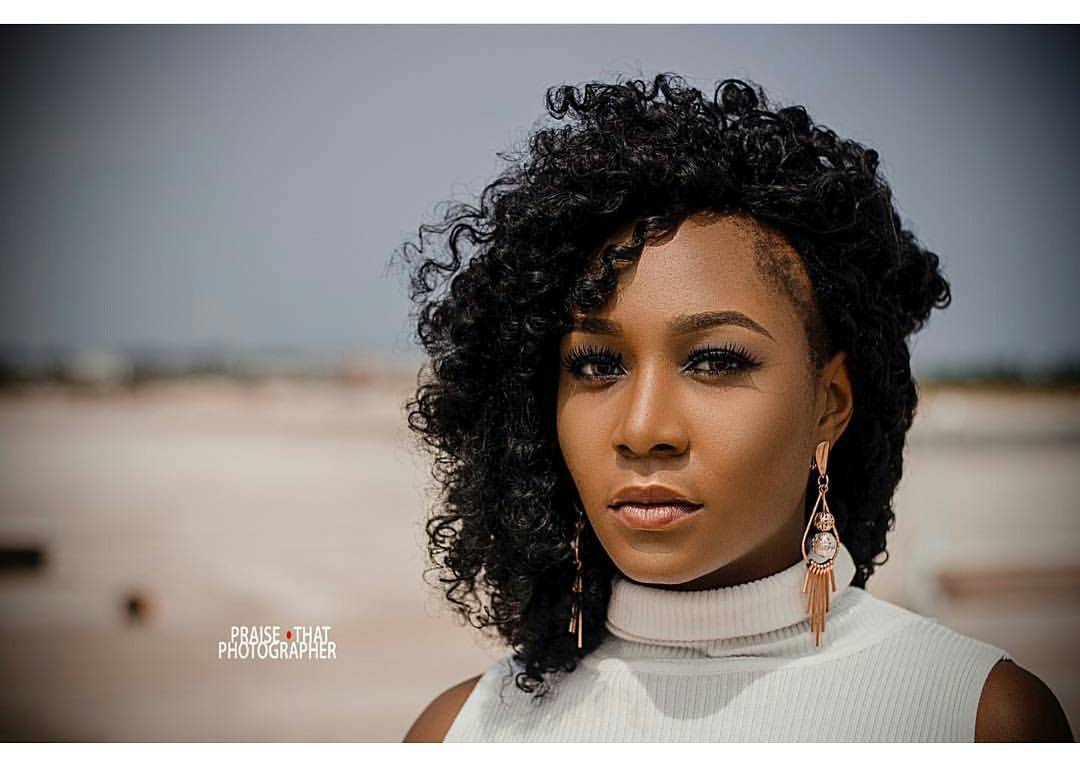 Can you name some of the movies you had done?

Karma, Bed of Distrust, You Found Me, Obi Obara, Melissa, One Good Turn, Sweet Yesterday, Axiom, Damaged, among others.

Which is the most challenging?

None of the above. I’m yet to see that movie that would really challenge me.

Aside acting, what else do you do?

I’m planning on owning my own fashion store, and I hope to do that soon. I also want to start a pet project too.

What’s the best part of your body you admire?

My height, my smile, my dimples and my legs.

How do you relate with your male fans?

I try as much as possible to be nice. I just smile, wave and snap photos with them if need be.

There are lots of lesbianism accusations against Nollywood actresses. How true is that?

That’s their cup of tea. I know about myself so I can’t say. But for me I am so straight and will forever be straight.

Have you had any such proposal?

Yes, but online and I blocked the person immediately.

How did that make you feel?

Irritated. Honestly, it made me ask many questions like ‘do I really look like one’? I can never be a lesbian.

Do you have plans to produce your own movies soon?

Yes, I do. I am working on that already.

If you have the opportunity to change certain things in Nollywood, what would it be?

We have to be more creative in the way we tell our stories. The fact that we want to tell the same story but what angles are you telling it from matters. It should be more about the twist and turns. Nollywood should also learn to grow young actors. We should learn how to transcend to the next level and not use older actors to play a role of a teenager. We have so many wonderful actors out there, so there should be a mix.

Truth be told, most of us outgrow some certain roles, so I think we should be able to use who fits into a particular role, not minding if the person is a popular face or not. I get to see so many errors also in editing where spirits are scared of crossing the road or you see the shadows of spirits which doesn’t make any sense at all. Another thing is that actors are not appreciated as much as artistes in the society, which is wrong. I hope to change most of these things and more.