Home Entertainment BBNaija #BBNaija: Tacha and Thelma get into an heated argument over food (Video) 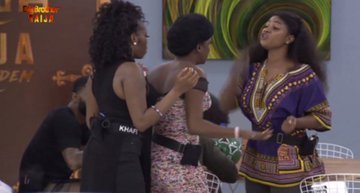 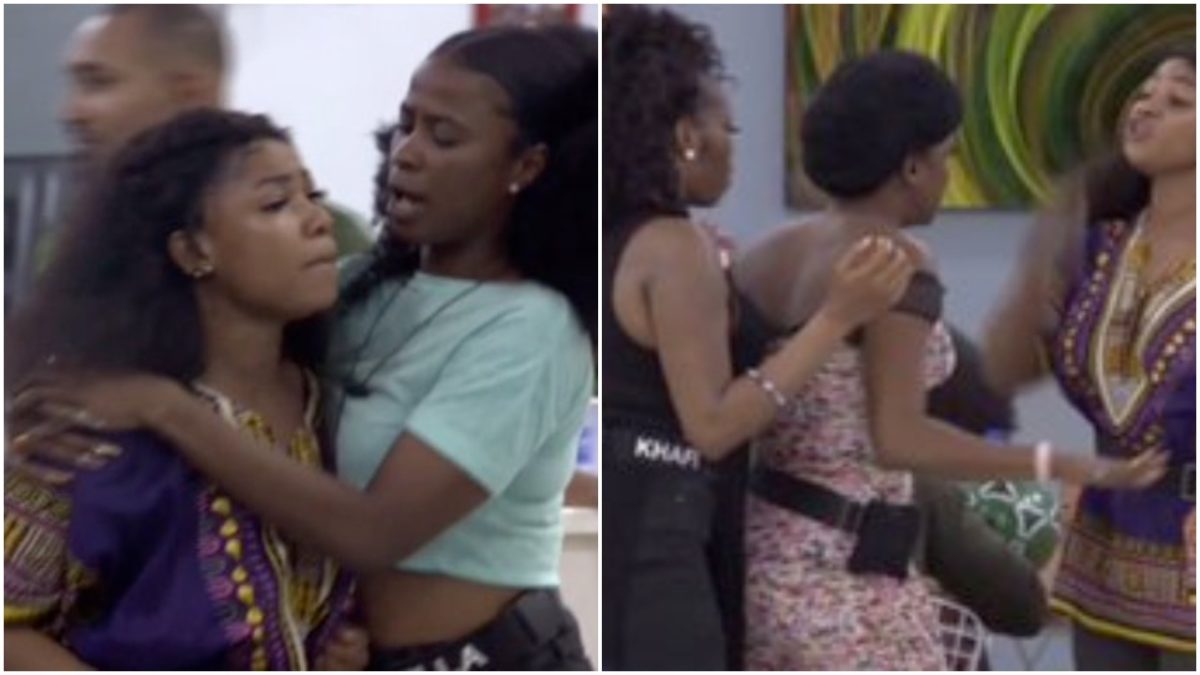 Viewers of the Big Brother Naija reality show got the first taste of what they have been craving for as Thelma and fan favourite, Tacha clashed over food.

Thelma had charged at Tacha claiming that she served her food without adding fish to it. Tacha was quick to defend herself claiming that she had not even gotten any for herself, neither had Mike or Jeff had anything to eat.

Thelma was having none of Tacha’s excuse as she approached her and got into a shouting match with her claiming that it was an unfair treatment on the path of Tasha.

It took the intervention of some other housemates to separate the two from engaging in a physical brawl.

Thelma obviously not done, left the room where she had been taken to by Diane to give Tacha a piece of her mind.

The duo continued to exchange words, while other housemates left them to their fate.

The show is gradually beginning to hot up and the viewers are surely loving it. Watch the video below: