President of Tunisia, Beji Caid Essebsi has died according to officials from the presidency today, Thursday, 24th July, 2019.

President Essebi was rushed to the military hospital yesterday, Wednesday and was reported dead today. 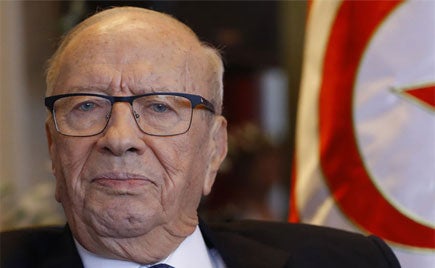 Being in office since 2011, President Essebi has spent the last month after being hospitalised for weeks due to severe health crisis.

The Presidency issued a statement saying; “On Thursday morning, the President of the Republic died at the military hospital in Tunisia. The burial ceremony will be announced later.”

As constitution demands, The Speaker of Parliament will act as the President for the time being.

President Essebsi has been an integral part of Tunisia since Veteran Autocratic Leader, Zine El-Abidine Ben Ali was overthrown in 2011, which was followed by uprisings against authoritarian leaders across the Middle East, including in nearby Libya and Egypt.

Presidential elections are expected to be held on November 17th, 2019, but Parliamentary elections will be before that – October 6th, 2019. That will be the third set of polls in which Tunisians have been able to vote freely following the 2011 revolution.