Home Entertainment Celebrities I never had a group of men in the studio writing my... 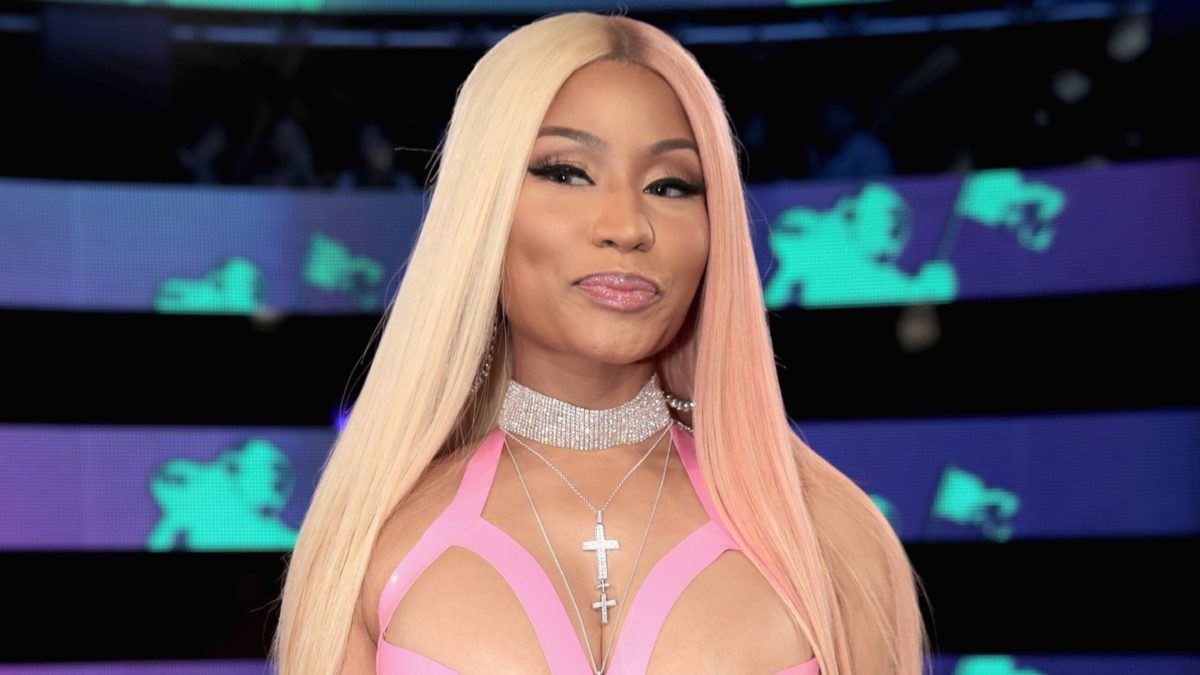 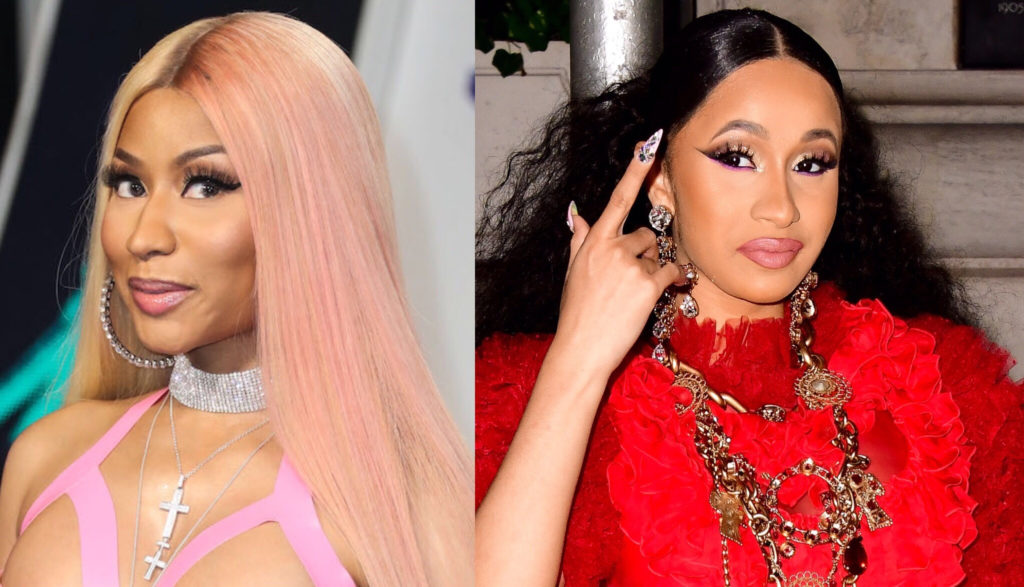 Nicki Minaj who took to Instagram to appreciate her fans, also took a walk down the memory lane as she recounted how far she has come.

According to the American rapper, she dropped her first mixtape 12 years ago and she is still proud she wrote every single word on every single song that made the list. Minaj also pointed out how she influenced the ‘Barbies & Dolls’ culture in the music industry including wearing of coloured wigs and stated that the new school artistes now think it’s cool to pretend they weren’t influenced by other artists.

Continuing in her rant, the ‘Pills n Potion’ crooner who said she never had a crusade by radio stations, influencers and blogs to make her ‘Anaconda’ hit song number 1 when it was number 2 on the Hot 100, also took a swipe at Cardi B as she stated she also never had a group of men in the studio writing her songs which was why it took a while between albums.

READ ALSO
#BBNaija: "I could watch my man fvck someone else and I will not be jealous" - Angel (Video)

Recall that Nicki Minaj had accused Cardi B who is her arch-enemy, of building her career on sympathy and payola, which is the illegal practice of paying radio stations under the table to play your music in order to boost its success.

12 years ago I dropped my 1st mixtape. Wrote every single word on every single song. I was so proud of that. Eventually, the barbz were all wearing pink hair, Chinese bangs, & Barbie chains. Colourful wigs came all the way back in style. Everyone became Barbies & Dolls. I always shouted out my influences in my interviews. Nowadays, it’s become cool to pretend u weren’t influenced by other artists. S/O to the ones big enough to do it: Kash, Asian, Cuban, Saweetie, Meg, Malibu, etc.

No female rapper (other than Trina) did a song w/me or congratulated me on my billboard accomplishments. I didn’t mind. I never felt they were obligated to do so. Just like Beyoncé isn’t obligated to congratulate or collaborate with Normani, etc. — I never had a crusade by radio stations, influencers & blogs to make my song number 1 when Anaconda was #2 on the Hot 100. I never had a group of men in the studio writing my songs for me so it took a while between albums. Please stop these write-ups about what I didn’t do.

Y’all are rlly sick & ima call y’all out one by one on Queen Radio. Most of yall doing these write-ups have never fought for anything in life. You just sit on the sidelines & watch the doers do!!!!

To my fans;
I love, cherish you, adore you, and thank you. God bless you.
Billboard, y’all wrote a piece about how a white artist influenced me, Bey & Rih?????? Where’s the article on the black girl who charted after 10 years of no female rapper charting? I didn’t influence trends I guess… go fkn figure. 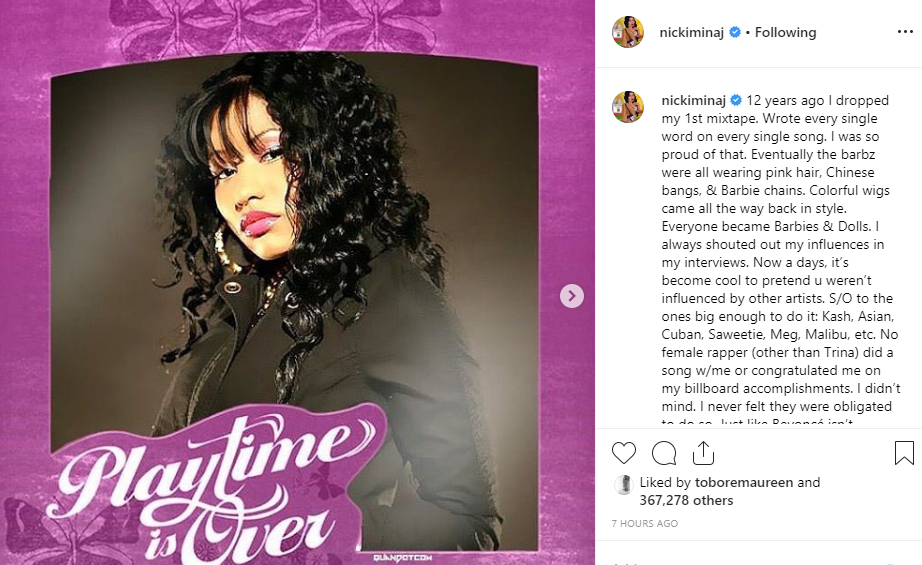 Johnson Olumide - March 21, 2020 0
Davido has become the first African Artist to be included on Apple Music's Global Pop playlist with Fall. No doubt the artiste with the biggest...

Johnson Olumide - August 2, 2020 0
Konji (Sexual Urge) they say is a bastard and that might have just been the situation-ship that BBNaija House mate Tolanibaj found herself last...

I have never believed in “falling in love” – MC Galaxy reveals his now...

Violette - July 1, 2020 0
I have never believed in "falling in love", MC Galaxy says on his social media handle. Failing in love is a beautiful thing especially with...

#BBNaija: I don’t want to lose my Dad – Liquorose laments as she wept...