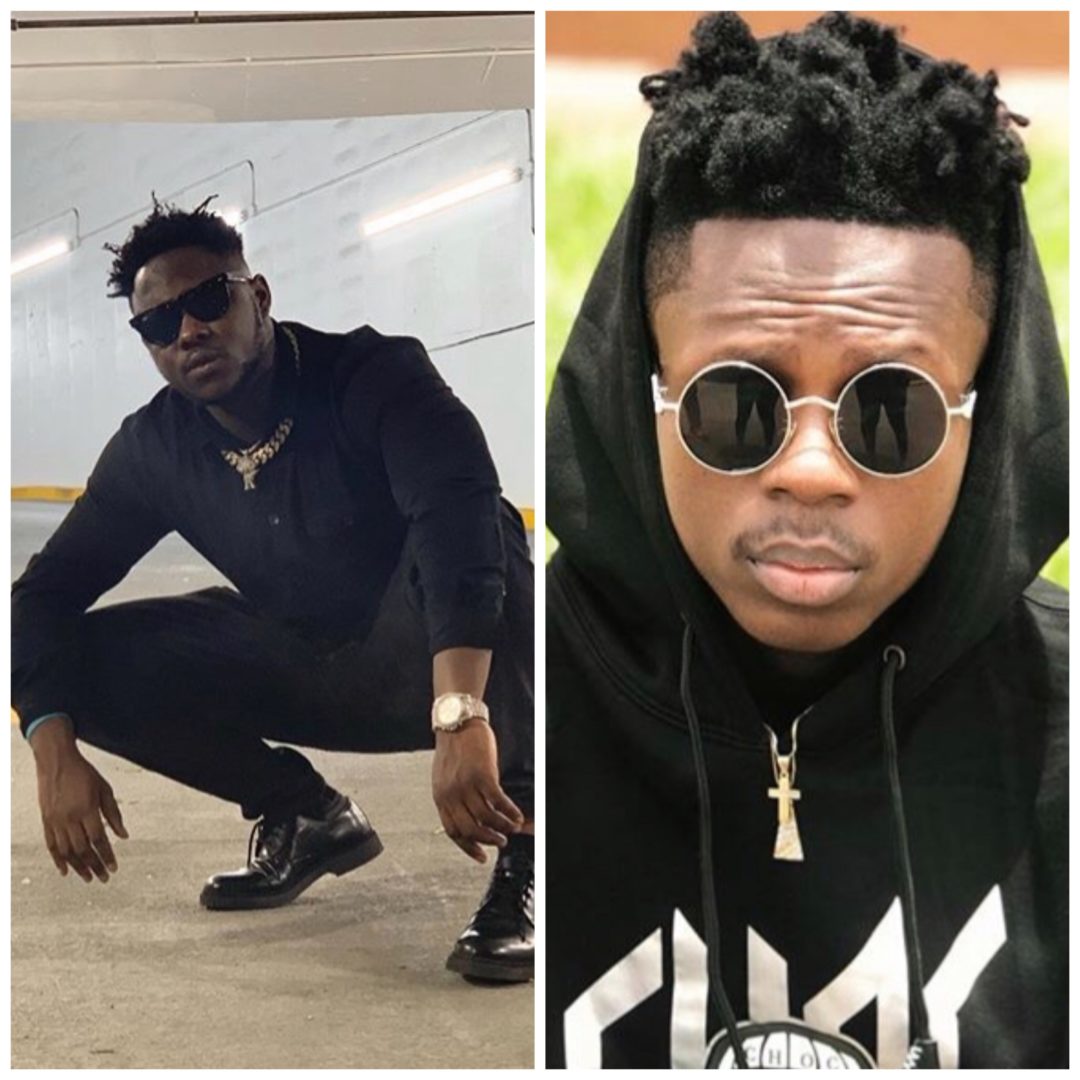 Ghanaian Rappers, Medikal and Strongman, who engaged in a lyrical ‘beef’ a week ago have rendered apologies to each other on their social media platforms.

After releasing a couple of ‘diss’ songs to each other and disrespecting their girlfriends in their songs, they have both found an equal ground to sweep their differences under the carpet. 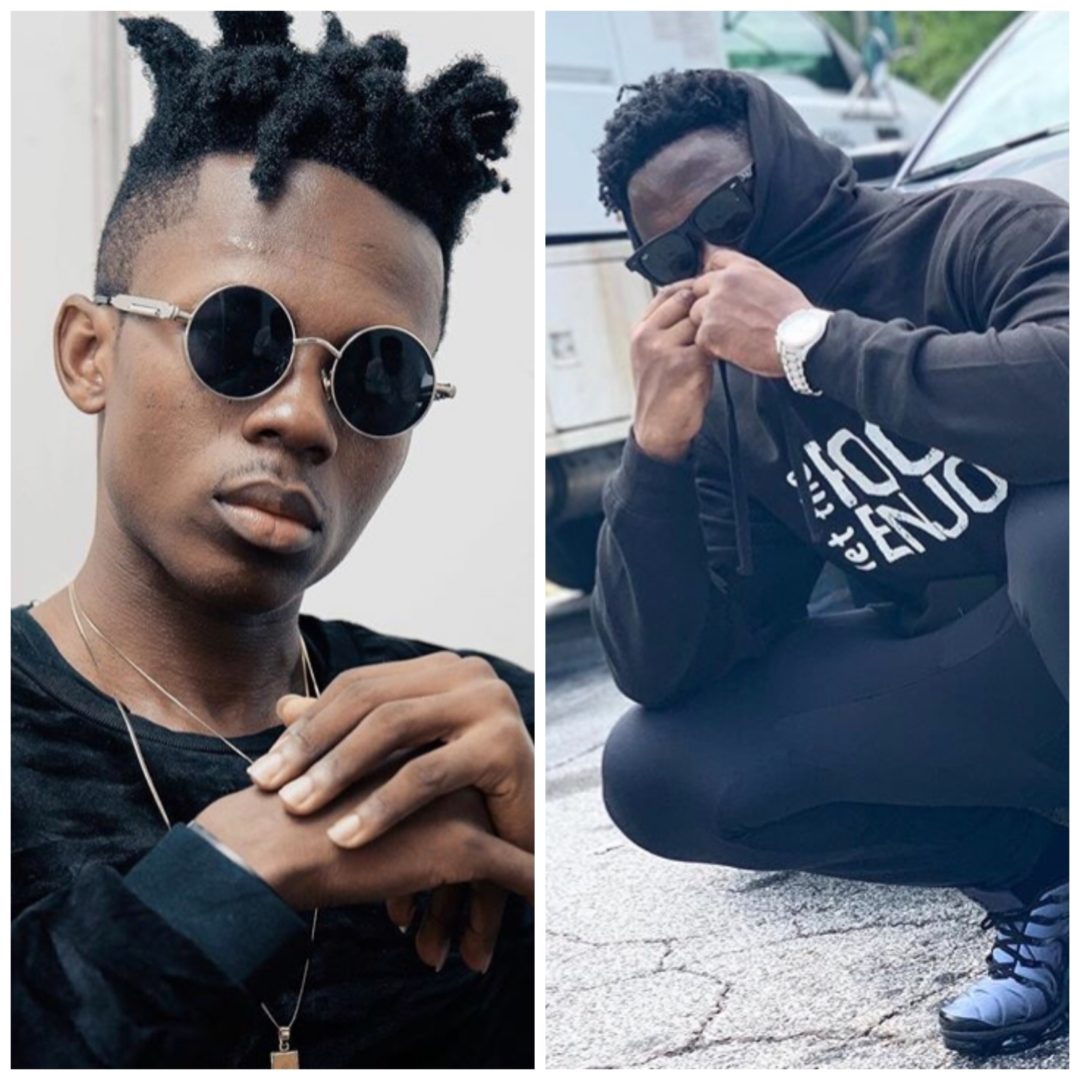 Shortly after the beef, Strongman gained one of his biggest mainstream gigs to perform to over thousand people. Many people claimed that, they got to know him after his ‘beef’ with Medikal.

Medikal then took to Twitter to apologize to Strongman for involving his (Strongman) girl in their lyrical war and vowed to push Ghana Rap Music forward.

AMG Medikal and Strongman are Ghanaian Rappers whose lyrical ‘beef’ became one of the most talked about topics on Ghanaian Twitter as they release back-to-back ‘diss’ songs. 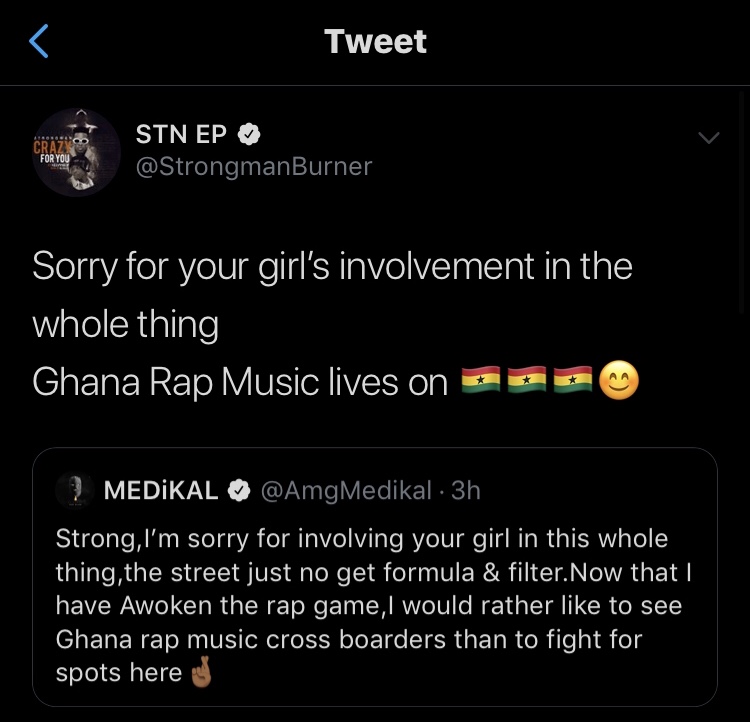