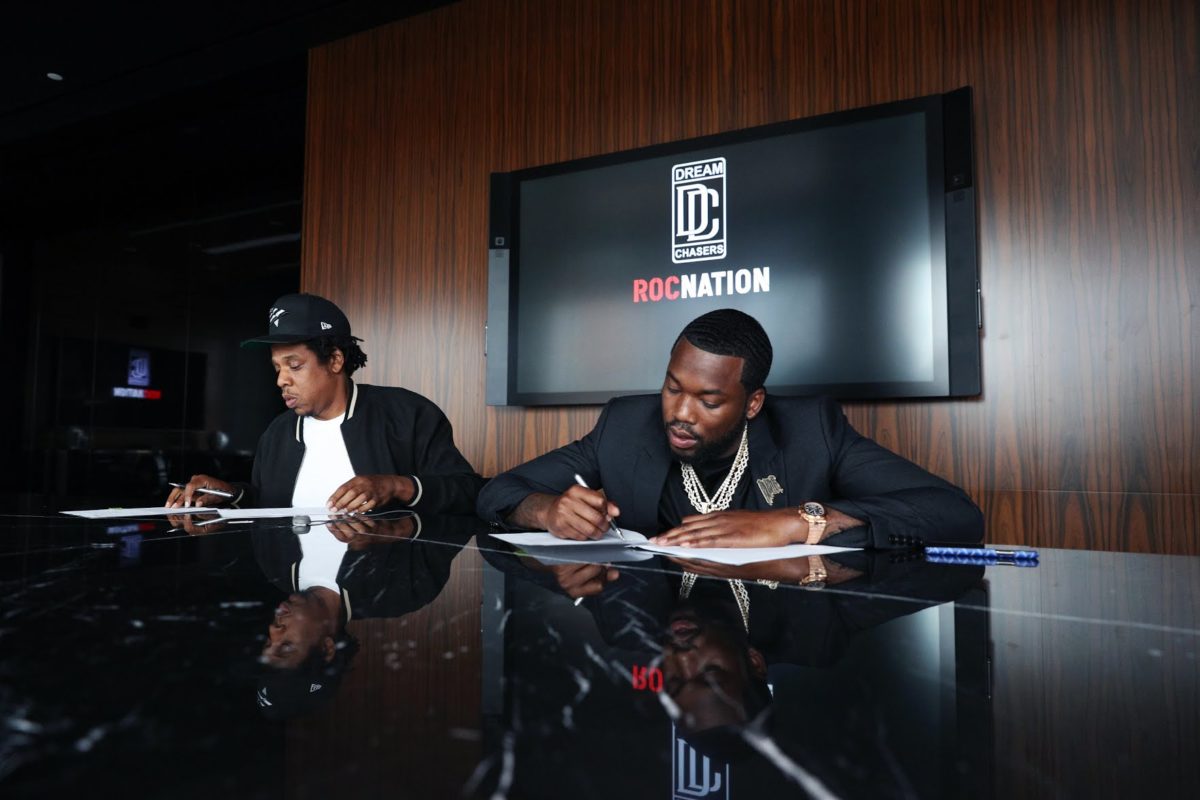 American Rapper, Meek Mill, has launched a new Dream Chasers record label alongside Roc Nation as a team. Dream Chasers since 2012 has served as Meek-imprinted for his mixtapes. 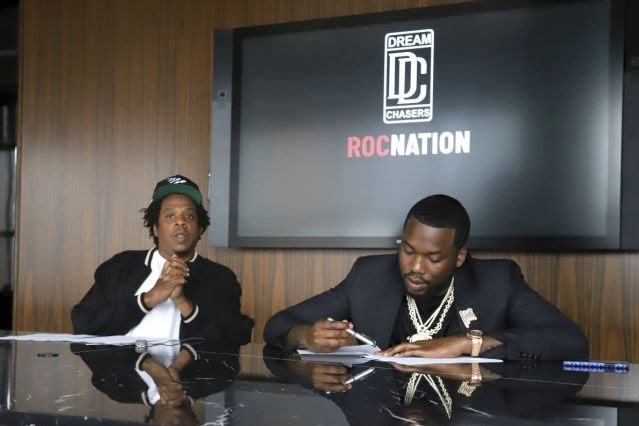 According to reports, Rapper-Billionaire and CEO of Roc Nation, Jay Z has stated the ambitions of their partnership. He gave Meek a pat on the back and supported him by saying “he (Meek) is prepared to lead such a venture.”

Meek Mill took to his social media page to make this announcement. 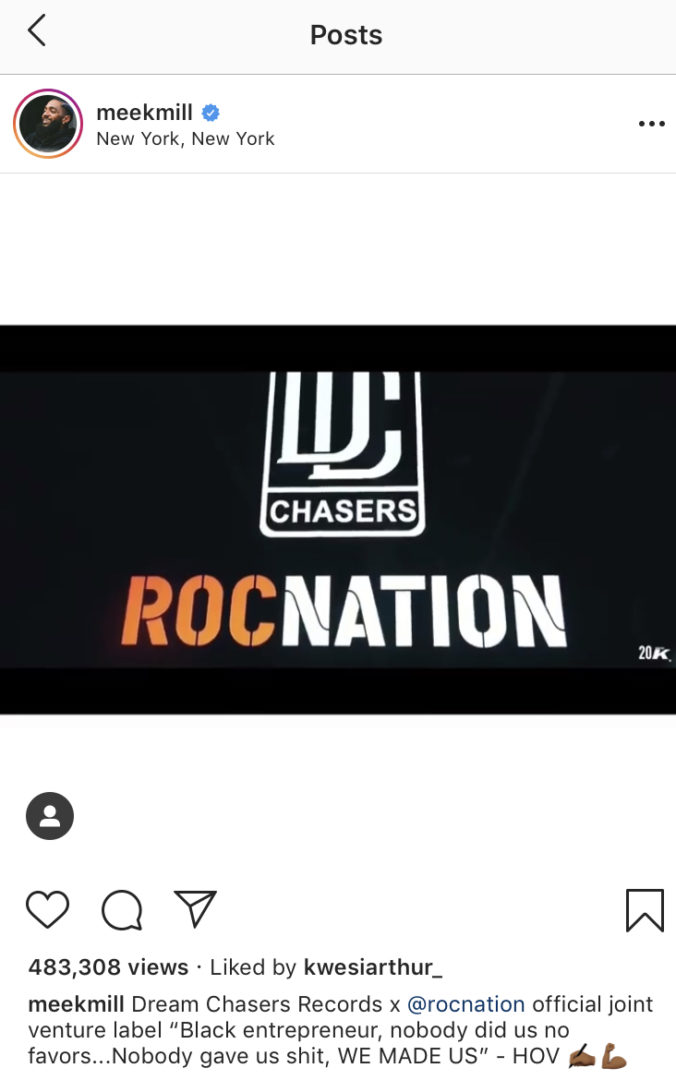 “We look at the big picture—this is way beyond signing artists and having hot records,” Jay z said.

“We’ve never been in this position before, never had this sort of power. Hip-hop is 40-something years old so we’ve just now gotten to the point where we can really affect change.” He added. 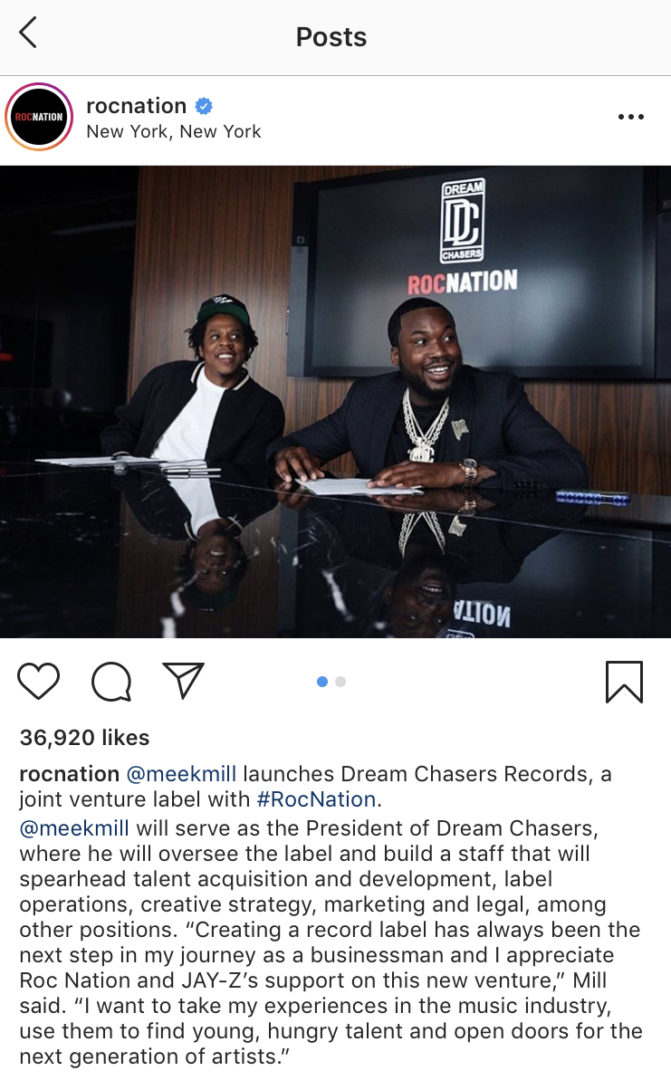 Meek Mill was and still is a signee of Roc Nation Records. It was reported that, Jay Z helped him get bail whiles he was imprisoned.

#BBNaija: Mercy unfollows Ubi Franklin on IG after he threw shades at her (Photo)

Violette - August 25, 2020 0
Reality star and video vixen, Mercy Eke have unfollowed talented music executive, Ubi Franklin who threw a shade at her while advising fans and...

Johnson Olumide - May 12, 2020 0
Kenyan socialite, Huddah Monroe has taken to her page to share some relationship advice based on her experiences – the former BBA star advised her followers...

Violette - July 1, 2020 0
Nigerian dancer and entertainer, Poco Lee who gives energy when he dances. Is actually in the news again for shading and trolling runs girls who...

‘I Gat Natural Bow Legs’ – Annie Idibia Silence A Troll Who Tried To...

Violette - November 17, 2019 0
Annie Idibia has just shown a fan she's got some stew to serve when it comes to savages as she silence a troll who...