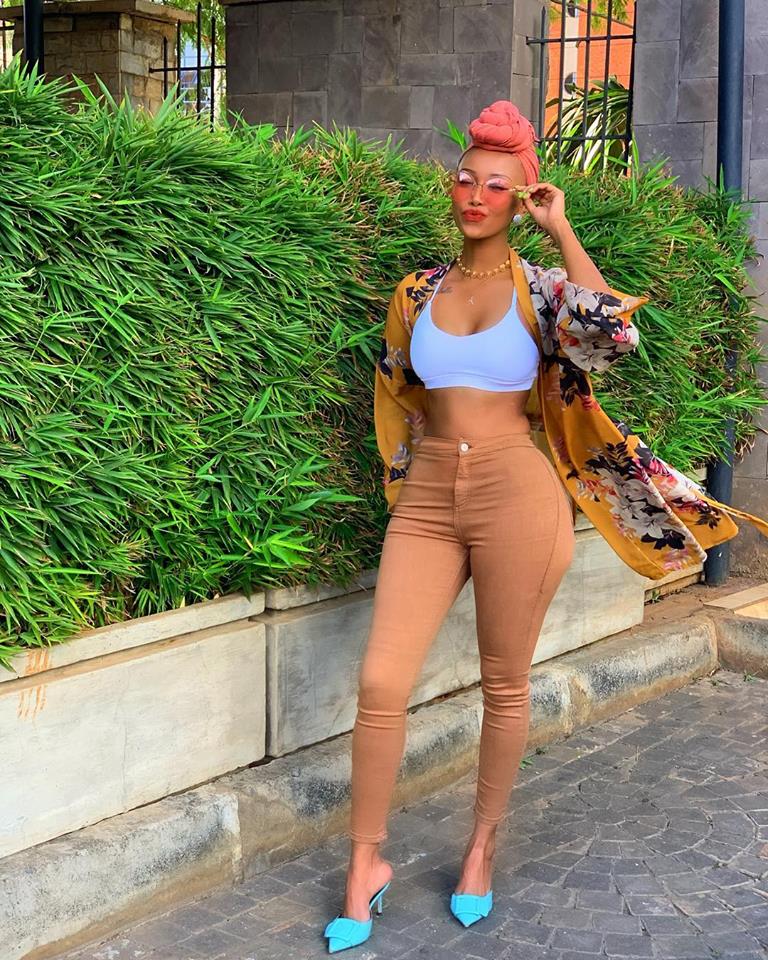 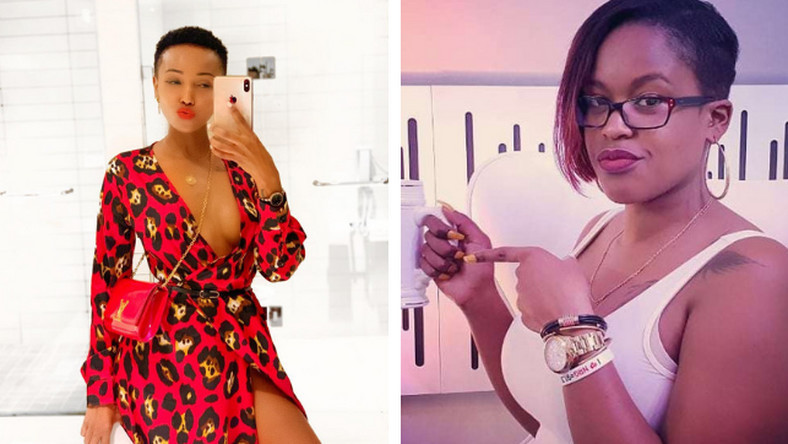 Huddah Monroe who a few days ago was accused of selling her body for money by OAP Kamene Goro has explained that having p*ssy doesn’t pay well in the United States where she relocated to.

Recall we reported earlier that Kamene Goro said there was no way a girl with standard 3 English can own a Range Rover and a Kileleshwa apartment if not by being a prostitute.

“Has she been selling p**sy? A girl with standard three English owns a Range Rover and an apartment in Kileleshwa, what else have you been selling other than p**sy?”  she said.

Huddah Monroe who neither denied nor confirmed the claim in her first response to the comment has dropped a rejoinder in which she stated that a man giving a lady $1000 in cash is a nightmare in America.

The Kenyan socialite who revealed there is money in the business in the United States, also told her critics she won’t be revealing her business no matter how much they try to downplay her hard work. 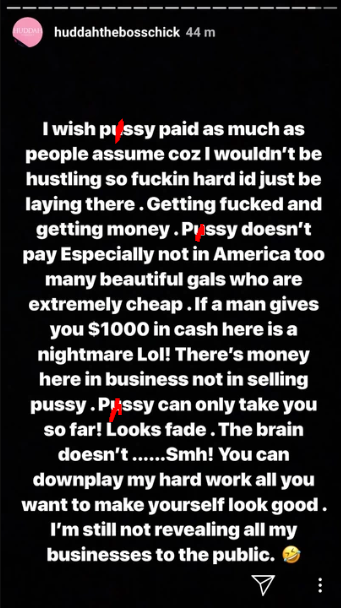