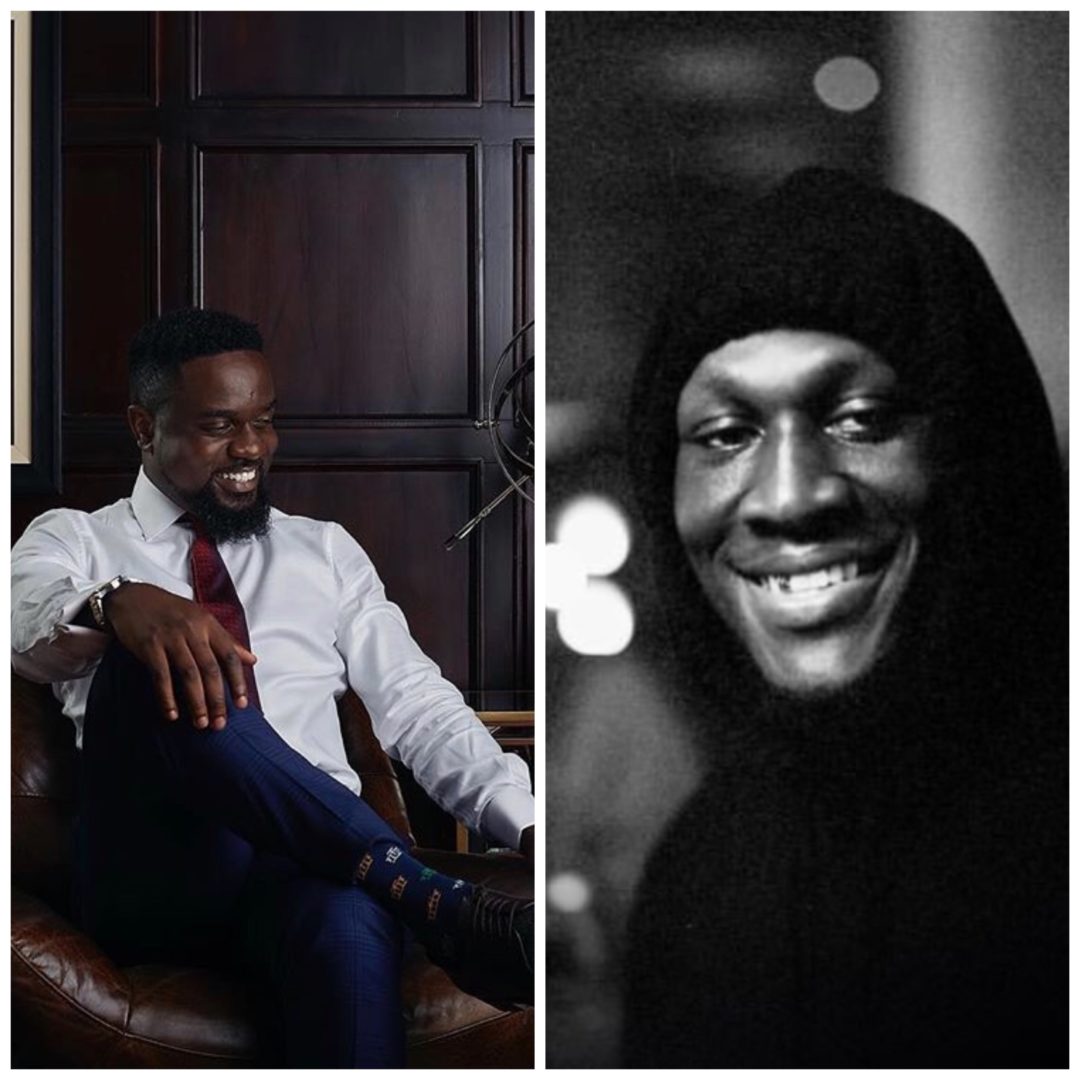 UK Rapper, Stormzy, has said that, it’s about time he collaborated with Ghanaian Hip Pop star and Rapper, Sarkodie. 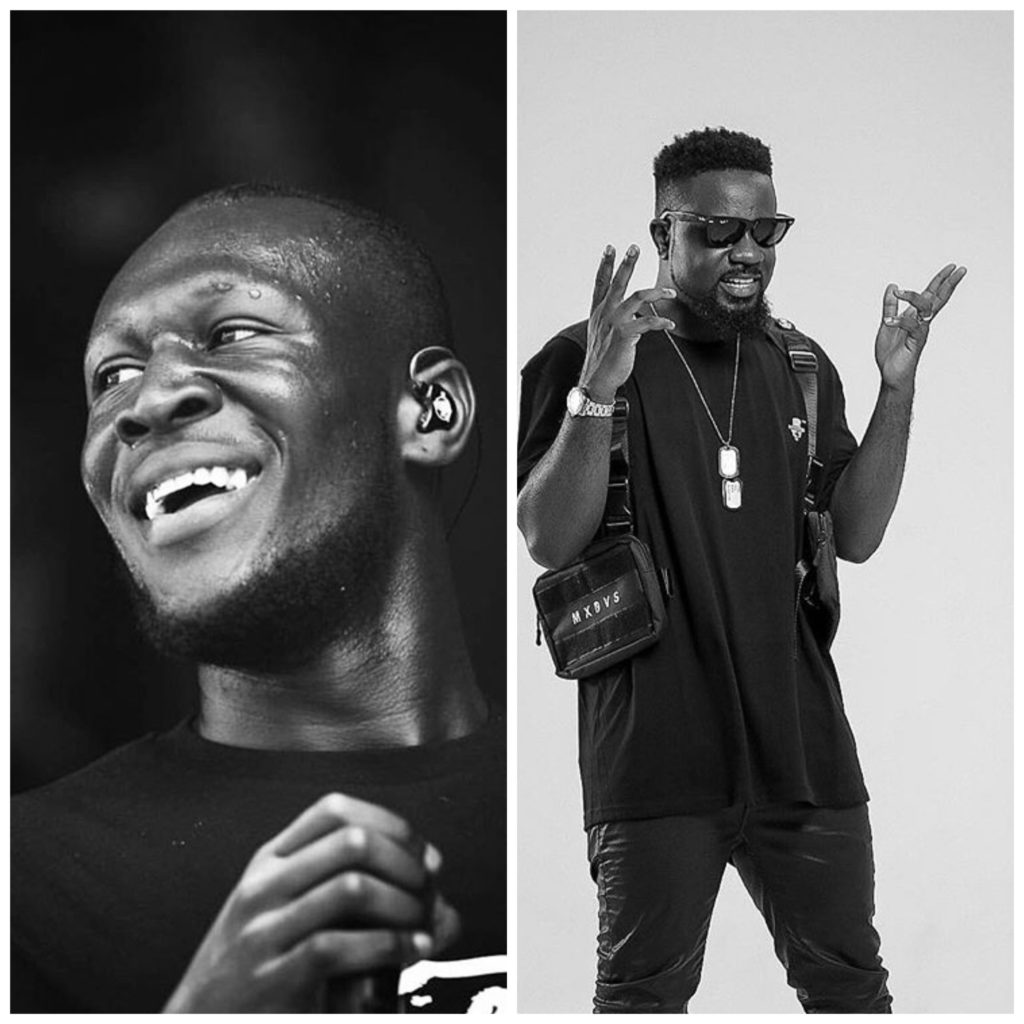 This brief conversation occurred when Sarkodie quoted a tweet of the BRITs Award winner, appreciating mothers.

Stormzy posted a screenshot of a chat between him and his mother where his mother was showing how proud she was after seeing her son headline Glastonbury. Sarkodie then reacted to it by appreciating mothers’ love in general. 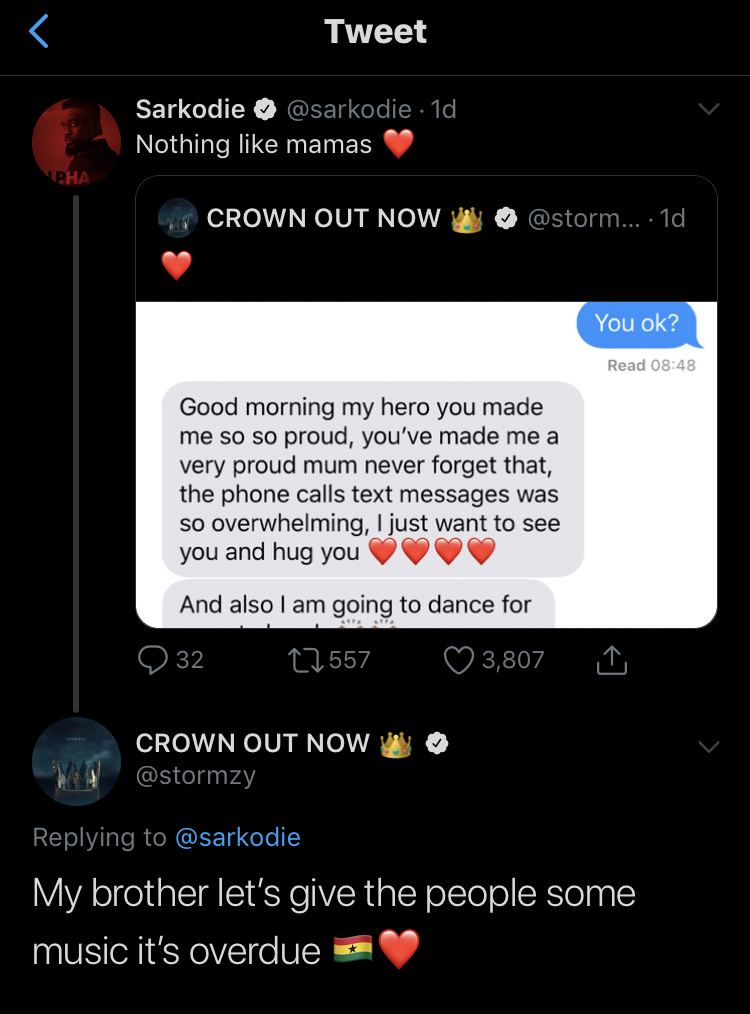 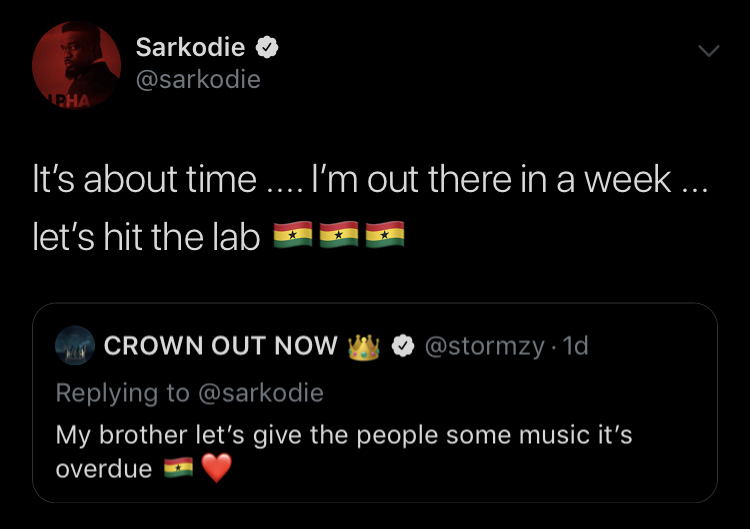 Glastonbury is the world’s largest green field festival attended by over 200,000 people, therefore Stormzy being the main headliner of the event this year was such a big deal for him and his family.

Stormzy is a Black British Rapper – of Ghanaian descent – who has become the first black rapper and second youngest person to headline Glastonbury; a festival which has been in existence for the past 48 years. 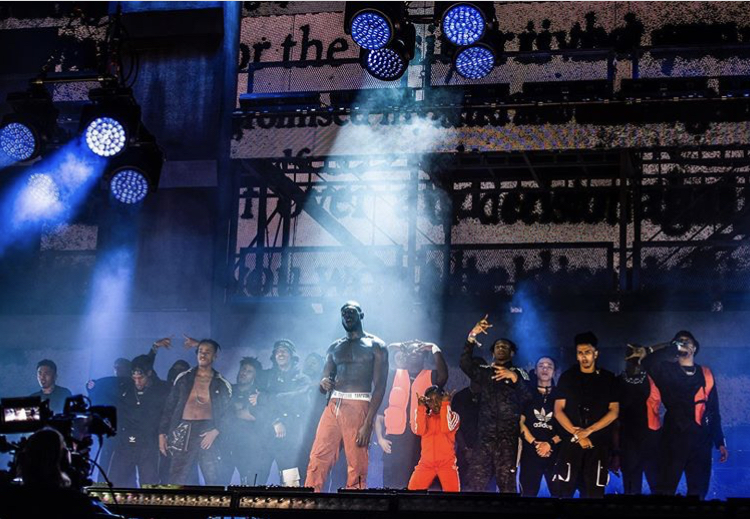 PHOTO ABOVE: Stormzy on Glastonbury (2019) Pyramid Stage – Main Stage as a Headliner.

Stormzy was recently named Forbes Richest UK rapper with a net-worth of £1.6M. He has collaborated with top artistes like Ed Sheeran, Jon Bellion and Wretch 32. He is by far the most successful UK rapper, surpassing Skepta and Giggs.

He is known for hit songs like “Shut Up, Blinded by your grace 2, Vossi Bop, Big For your boots” and many more.