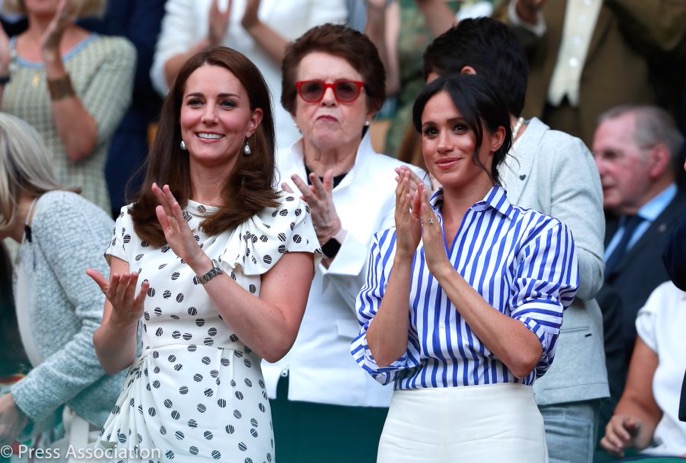 The Duchess of Sussex, Meghan Markle will be joined by the Duchess of Cambridge, Kate Middleton, to watch Megan’s close friend and 23-times Grand Slam winner – Serena Williams – in the Ladies’ Single Final at Wimbledon. 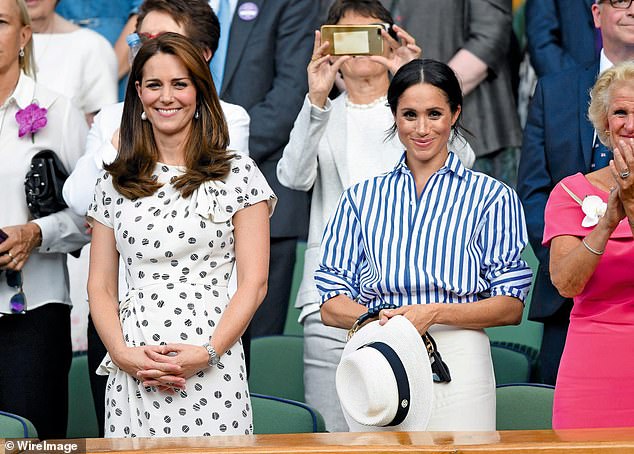 Being their first joint solo outing at the tournament, the royals will watch Serena Williams as she takes on Romanian player Simona Halep on Centre Court on Saturday afternoon. 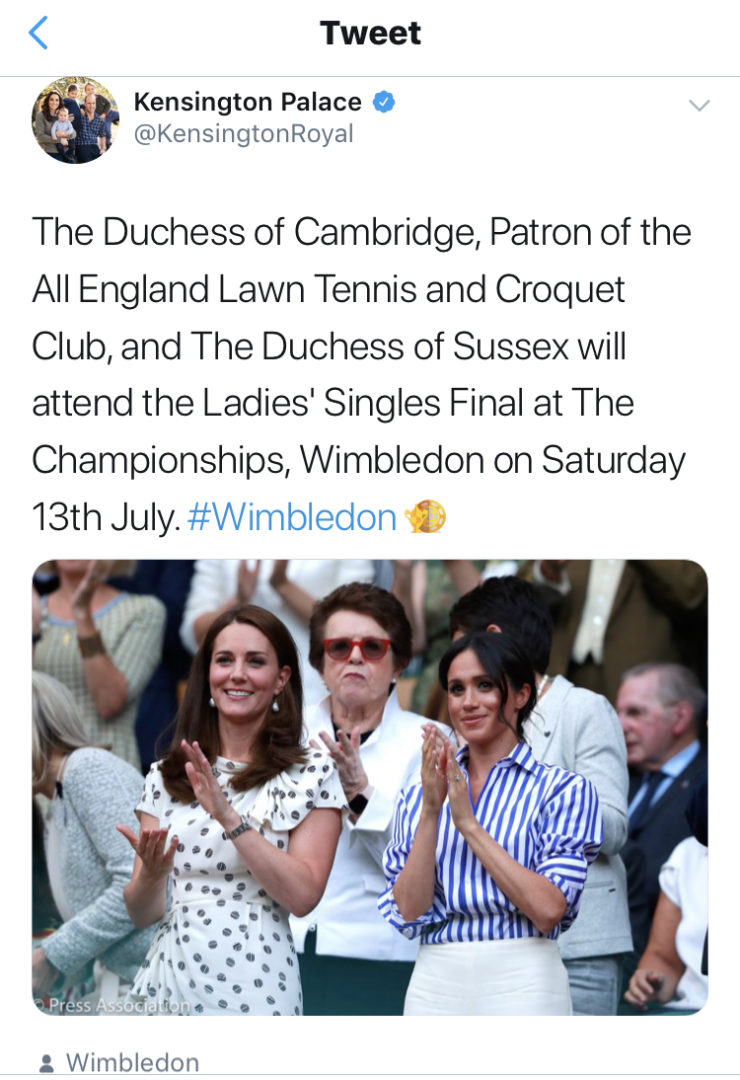 This comes a year after the pair made their first joint solo outing at the tournament, and just days after they were last seen together at a charity polo match in Surrey.

Meghan Markle and Serena Williams’ friendship goes way back to February 2014. The two participated in DirectTV’s Celebrity Beach Bowl together and teamed up for a flag football match. 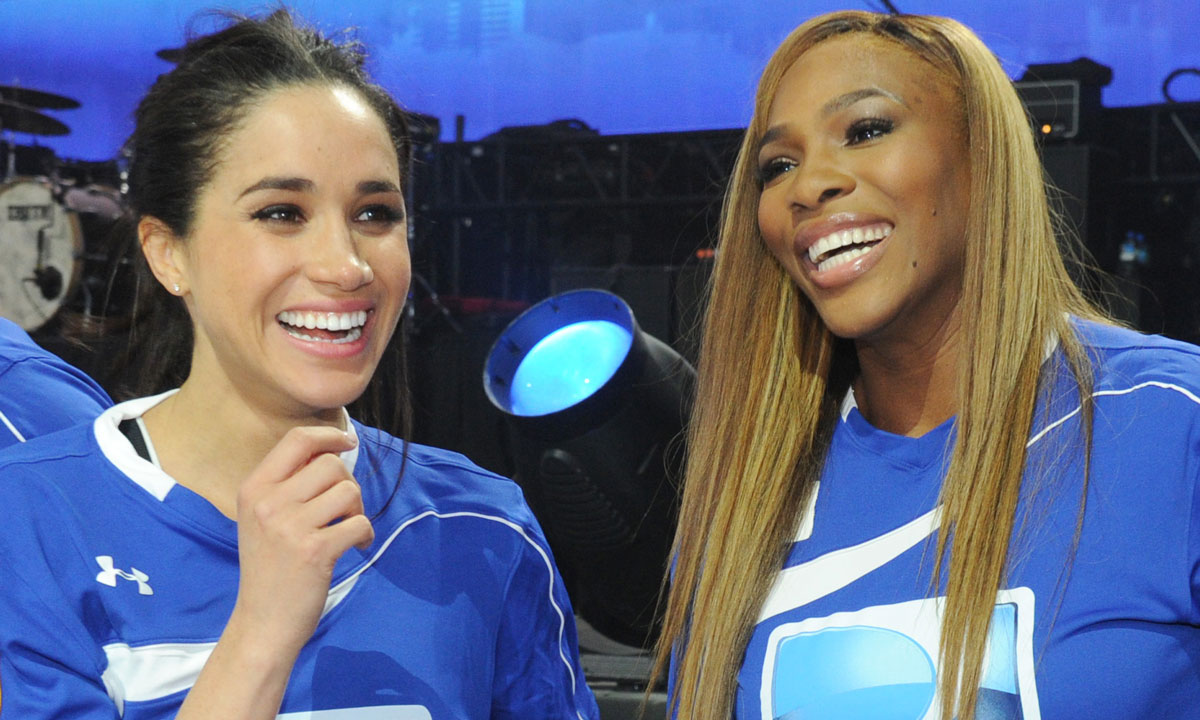 According to the duchess, they were friends at first site.

“We hit it off immediately, taking pictures, laughing through the flag football game we were both playing in, and chatting not about tennis or acting, but about all the good old fashioned girly stuff.” she said.