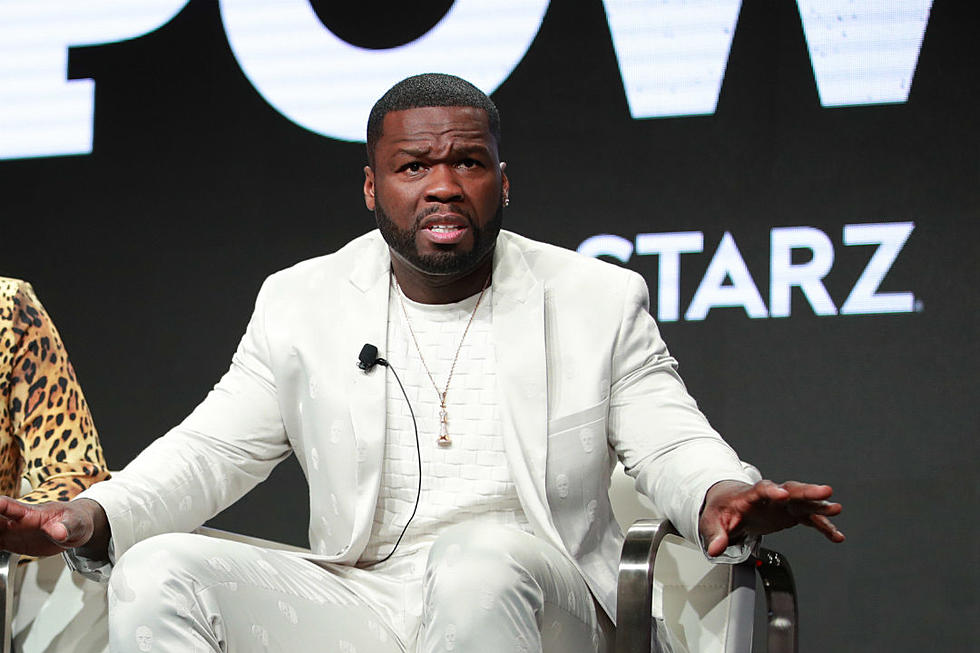 Taking to Instagram on Saturday, the “Power” producer reposted a screenshot of the R&B singer’s stats, which state that he is now the seventh best-selling singles artist of all time after selling 69.5 million singles in the U.S.

He also made a bold declaration, saying Brown is better than the King of Pop himself, Michael Jackson. “CB better then MJ to me now,” wrote 50. 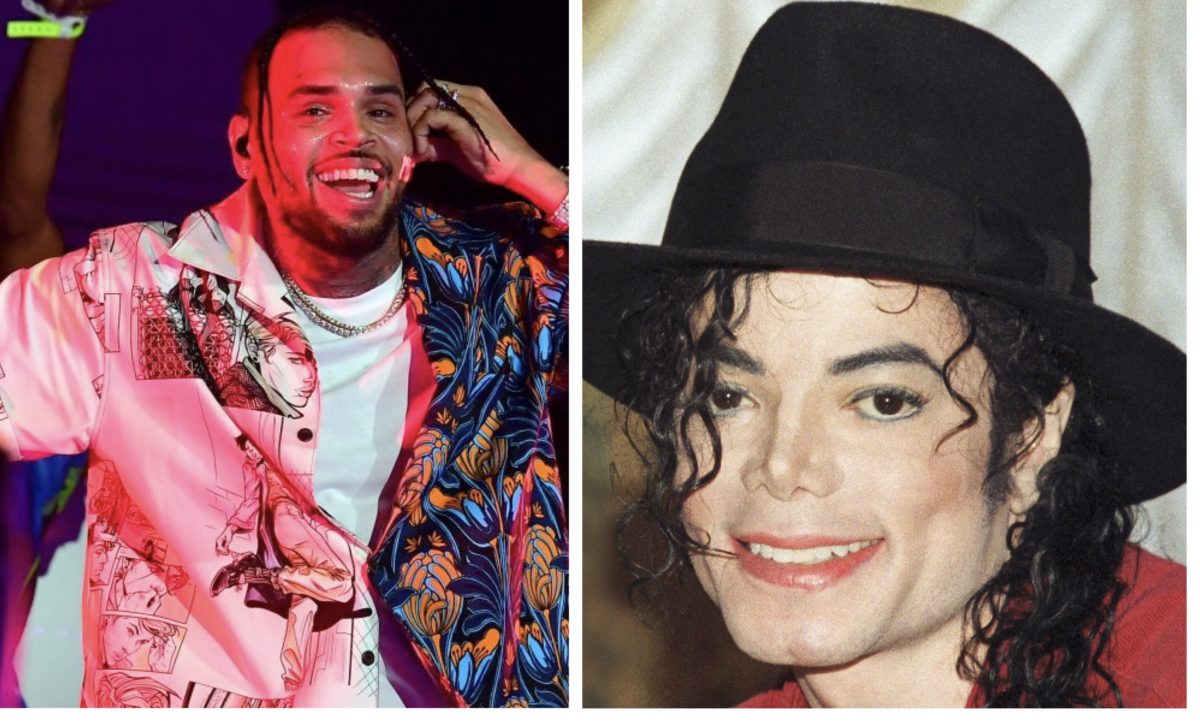 In his caption, he also took a shot at the late legend, referencing the recent controversy over the HBO documentary Finding Neverland. “I can’t believe mike wanted to touch the little boys booty,” added 50. “what the fuck man.”

The disrespectful remark didn’t sit well with many of 50’s followers, who took to MJ’s defense.

“Shit not funny …. not Mike my nixxa,” wrote one fan, while another added, “50 cent what we won’t do…is slander Michael Jackson.”

One fan even made reference to the recent controversy over the “Power” theme song, “Big Rich Town,” after Joe was pulled from the track and replaced with Trey Songz.

“MJ would sound better on Power intro though,” said the IG commenter.

50 has expressed his love for Breezy in the past. The two collaborated on tracks like “I Bet,” “No Romeo No Juliet,” and “I’m the Man (Remix)” and were even seen on tour together in 2017.

While he received backlash, 50 is not the first to compare CB to MJ. Justin Bieber also celebrated his “Don’t check on me” collaborator, likening Brown to a combination of Jackson and Tupac Shakur. “everyone wants to wait til people die To give them the credit they deserve,” said Bieber.

“I’m calling it now when CB passes away after a long full life, you will miss what you had in front of you the whole time … trust me watch you will see.” 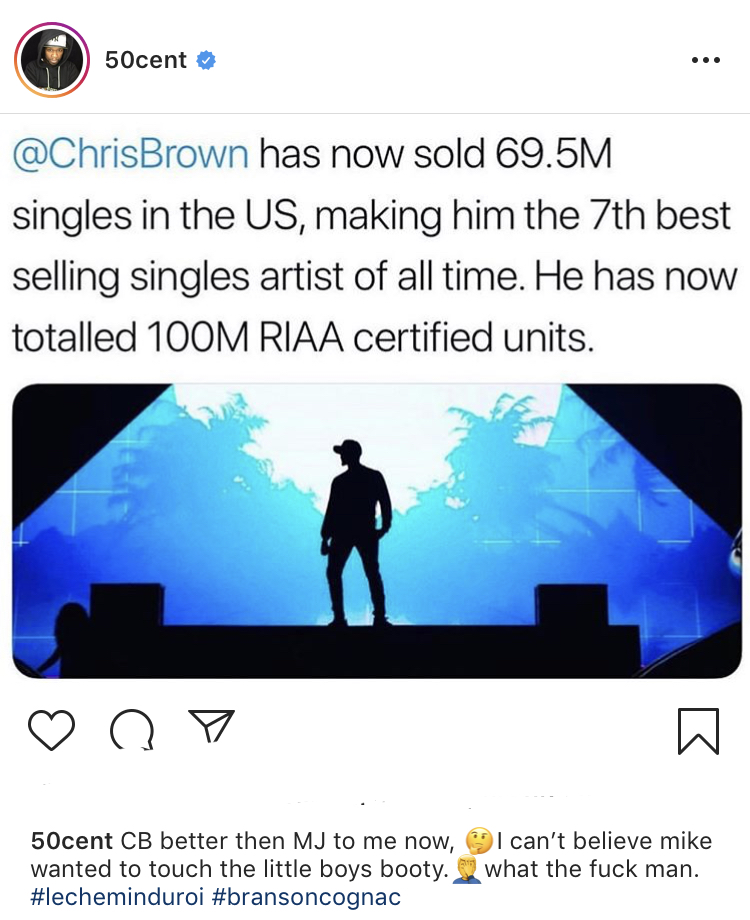