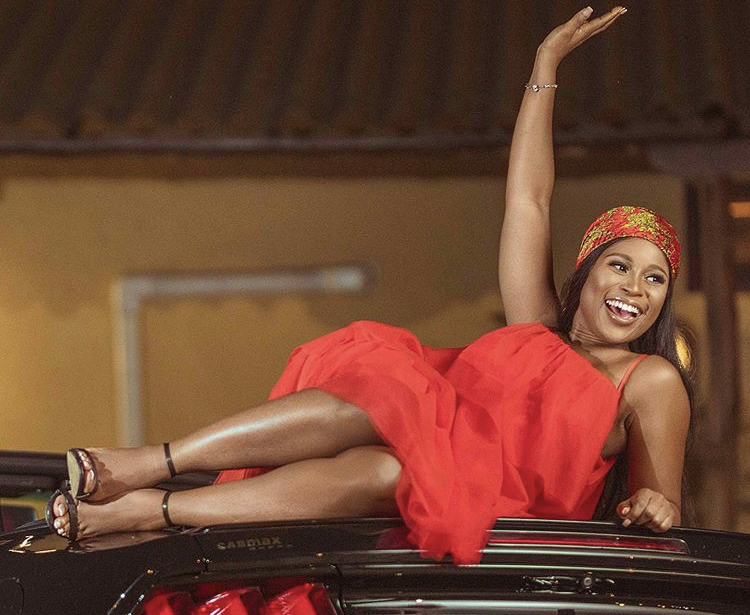 Berla Mundi has worked at the firm for more than 5 years.

She hosted popular tv shows like Rhythms Live, The Late Afternoon Show, and many more. She hosted the VGMA awards twice in a role after being the red carpet host for a couple of years.

Berla Mundi announced her exit from the company on Instagram. 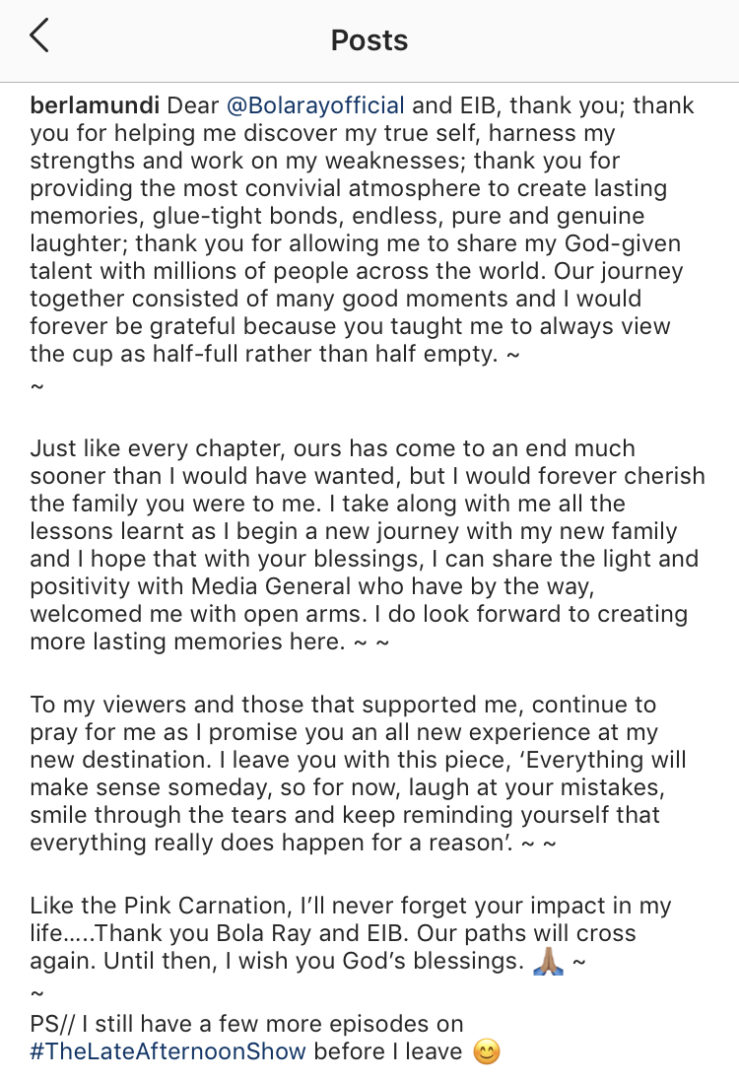 It has been rumoured that EIB Network have been facing some financial challenges, thus, making their top journalists leave. Too journalists like Giovanni Caleb, AJ Sarpong and more have also left the company.