Home News I have been raped before – Actress Juliet Ibrahim 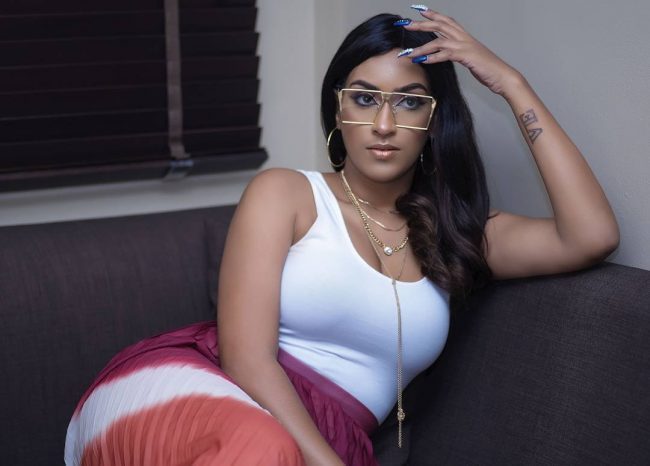 Ghanaian Actress, Juliet Ibrahim has revealed that she has been a victim of rape before. An incident that occurred while she was growing up.

In an interview with the BBC Pidgin, the actress disclosed her bitter encounter as a child and added that she was sexually assaulted in the when growing up. However, she did not explain when and how it happened, reasons being that she did not want to recall her bitter past.

“I take rape very serious because rape victims can come out anytime in life. It is something that is very common, it happens to everybody. E happen to me. I’m bold enough to talk about it. That be why now I have Superman eye adey look over my niece,”

She added that, because of her past experience, she is very particular about how her younger relatives, mostly the females and how they live their lives, because she doesn’t want them to go through what she went through whiles growing up. She described it as “unbearable.”

“My little nice, if I just see one day that she get on top of somebody’s back, I’ll jump, Jasmine get down from there because I know weytin happen to me. When I was her age, people dey carry me for back dem go dey carry you eeeehh they want to jump around. The next thing they’re doing something at your back”, she added.

Juliet Ibrahim is a Ghanaian actress, film producer, singer and humanitarian of Lebanese, Ghanaian and Liberian descent. She won the Best Actress in a Leading Role award at the 2010 Ghana Movie Awards for her role in ‘4 Play.’

Johnson Olumide - May 10, 2018 0
Singer Mr P, has been dragged into a hot social media mess by an aspiring music star who goes by the name, Henry Knight. The...

Violette - July 1, 2020 0
Former Big Brother Naija housemate, Kim Oprah has found her way to headlines again. And this time, it is not about drama in the Big...

Violette - January 15, 2021 0
Nigerian reality star Nina Ivy has launched an attack on fans and lovers of the Big Brother Naija reality show as she claimed they...

Johnson Olumide - June 11, 2018 0
Wizkid and Tiwa Savage’s are serving bestie goals and one can easily tell chemistry is undeniable,though there is no evidence to suggest they are...

#BBNaija: Cross touches Angel’s boobs and a$$, gives his remarks on it (Video)

Violette - August 9, 2021 0
BBNaija 'shine your eye' housemate, Cross has been given the opportunity of touching Angel's boobs and a$$ as he gives his remarks on the...