Home News I rushed out to see Mayweather like an ordinary fan- Blackstars Captain...

Baby Jet had to ‘jet’ his way out to see his favourite celebrity. 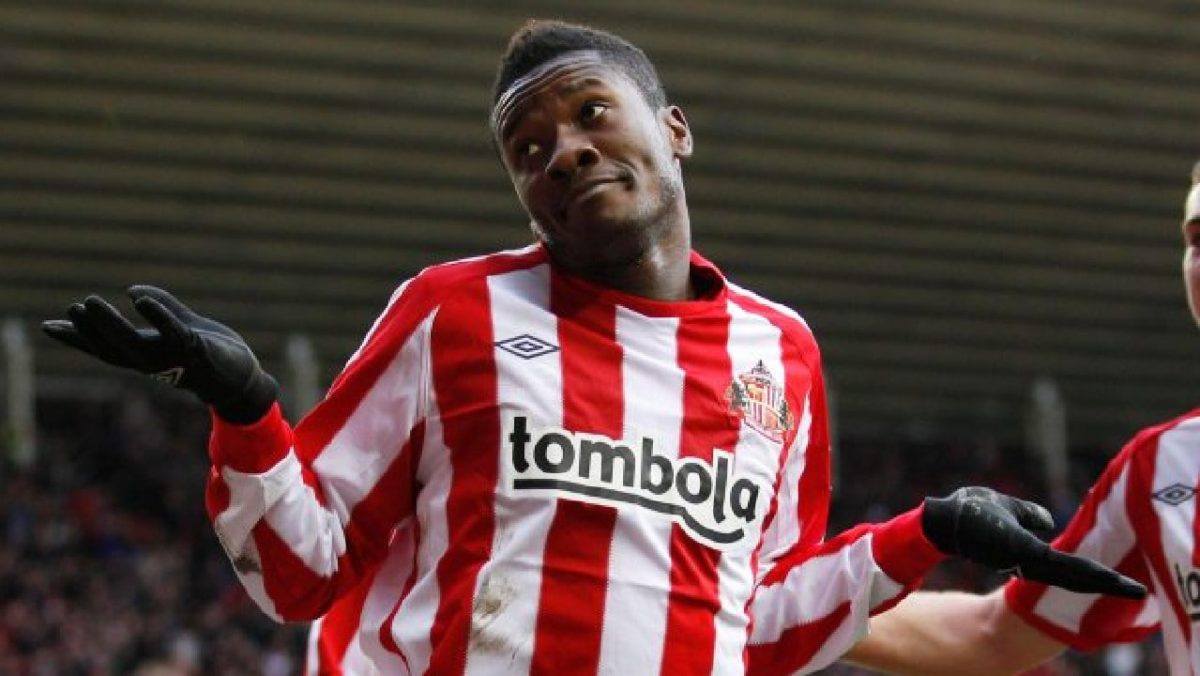 According to Gyan, no other celebrity in the world gets his attention and love like the unbeaten boxer. He disclosed that, he has been and still is, one of the greatest fans of Mayweather.

“I first met Mayweather in Miami. How I met him was actually funny considering who I am. Before the Brazil World Cup, my team and I were at a hotel in Miami. John Boye and I were roommates, and we had had a conversation about Mayweather earlier, after that I slept off. When I woke up I saw numerous missed calls from John Boye, my heart skipped, I thought there was something terribly wrong. I called him right back only for him to tell me he had seen Mayweather at a mall close to our hotel. So I rushed down quickly, I could’ve been knocked down by a car. When I got downstairs, so many people wanted to take pictures with me but I had to tell them to wait because I was so desperate to see  Mayweather 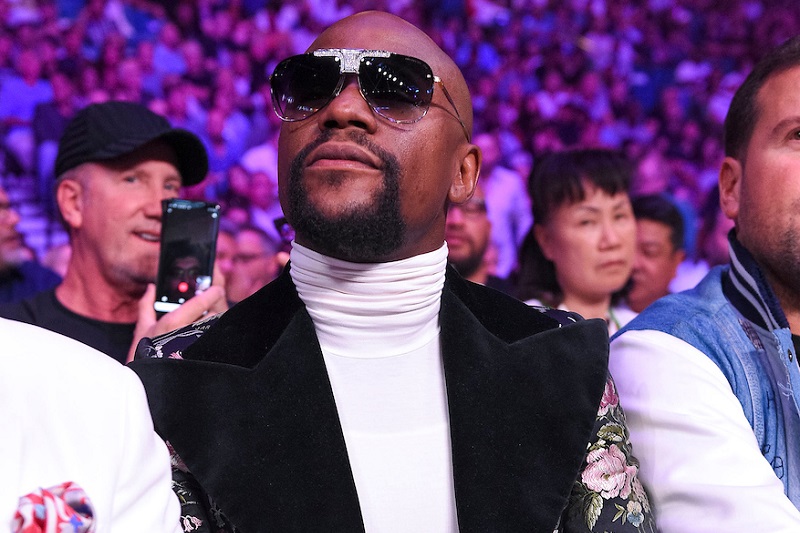 READ ALSO
Asamoah Gyan Files For Divorce Says His Three Children Are Not His, Demands For DNA Test

“When I got to the mall, there were like 10 bodyguards surrounding where Mayweather was shopping, I wasn’t even allowed to get close to him. But luckily, some fans also saw me and started taking pictures with me. That’s when the senior body guard pulled out his phone to check who I was online. Then he rang Mayweather to come see me. We spoke for sometime and took pictures together. Mayweather is the only celebrity in the world who makes me shake, the rest I don’t really regard them.” Asamoah Gyan said on Kwaku Manu’s Aggressive interview. 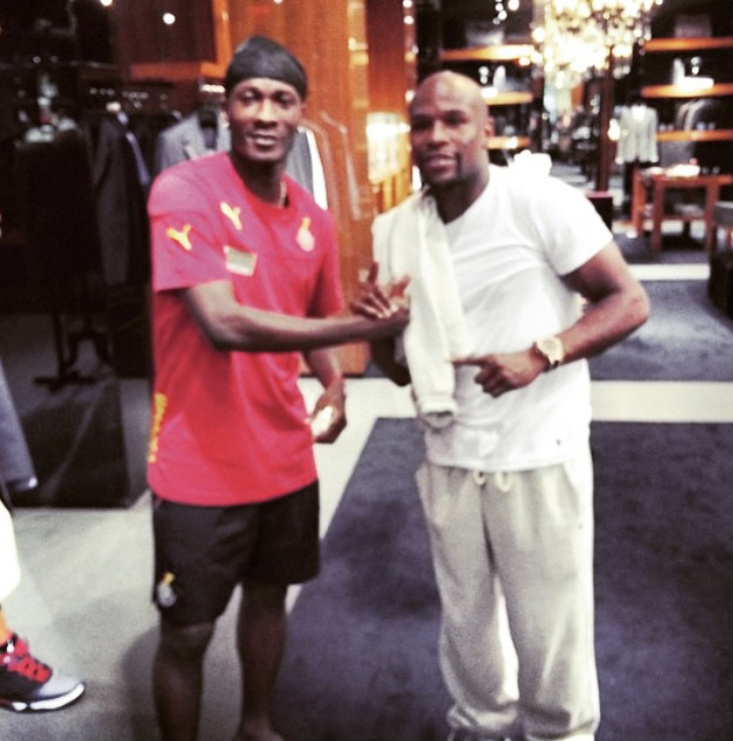 Gyan also added that, he exchanged contacts with the head of security for the boxer, and that they chat oftentimes but he is not very close with Mayweather even though they know each other very well.

Asamoah Gyan is a Ghanaian professional footballer who last played as a striker for Kayserispor and is the captain of the Ghanaian national team. He is currently a free agent.

READ ALSO
Dr Sid Finally Shares His Side Of The Story In Mo’hits Split, and the role he played