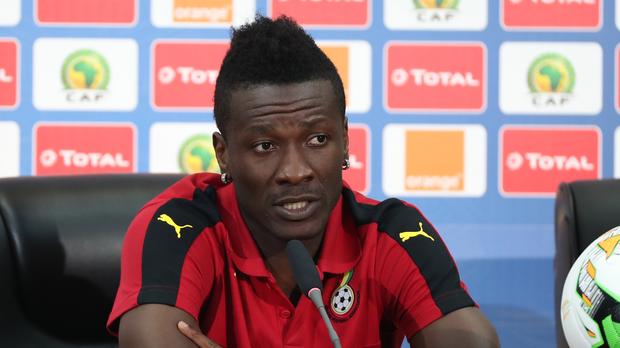 The general captain of black stars, Asamoah Gyan has hailed Ghanaian legend Abedi Ayew Pele as the greatest footballer to ever grace Ghana. 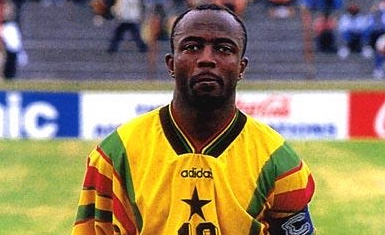 Gyan was an amateur footballer when Abedi Pele was making news with his God-given talent and he is very much convinced that no footballer can be compared to the ‘maestro’ as he was nicknamed.

Internationally recognized as one of the few gifted players in Ghana’s football history, the former Marseille player became a name on the lips of every Ghanaian for his dexterity in football, incredible dribbling and mouth-watering skills and the all-time top scorer is still remembered of the magical moments he displayed on the field.

“When I was growing up, Abedi was someone we all looked up to, he was playing the best of footballs in the country and there’s no doubt, he is incomparable,” he revealed when he spoke to Kwaku Manu on the “Aggressive Interview”

“He is the greatest Ghanaian footballer of all time with his style of play. 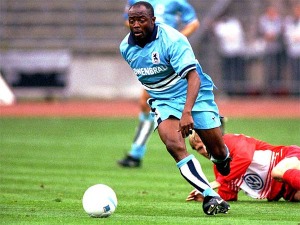 The 54-year old was three times African Footballer of the Year and also won the Nations Cup with the Black Stars of Ghana in 1982. He featured 73 times for the national team scoring 33 times in the process.

His unique style of play drew comparisons with Brazilian legend Pele. Abedi made his name in France after guiding Olympique Marseille to UEFA Champions League glory in 1993 and went on to win that year’s African Footballer of the year award.

Davido’s Daughter Hailey Joins Marlians Gang As She Sings and Dance To His Song...

Violette - November 10, 2019 0
Naira Marley is getting the end of the year dominance he would have hoped for as everyone on the street has his name on...

Violette - February 12, 2020 0
A video of Davido trolling people with freestyle rap has surfaced online. Davido who made his debut at the Wild'NOut show in America made sure...

“When una go marry” – Femi Otedola questions his daughter, Temi, and her boyfriend,...

Violette - November 18, 2020 0
Billionaire Nigerian businessman, Femi Otedola have thrown a big question to his daughter, Temi, and her boyfriend, Mr Eazi, as he ask when they...

#BBNaija: Lady calls out Miracle for showing off Benz after deceiving poor fans

Violette - May 2, 2018 0
Big Brother Naija winner Miracle has been called out by a female fan on social media for showing off Benz after deceiving poor fans...