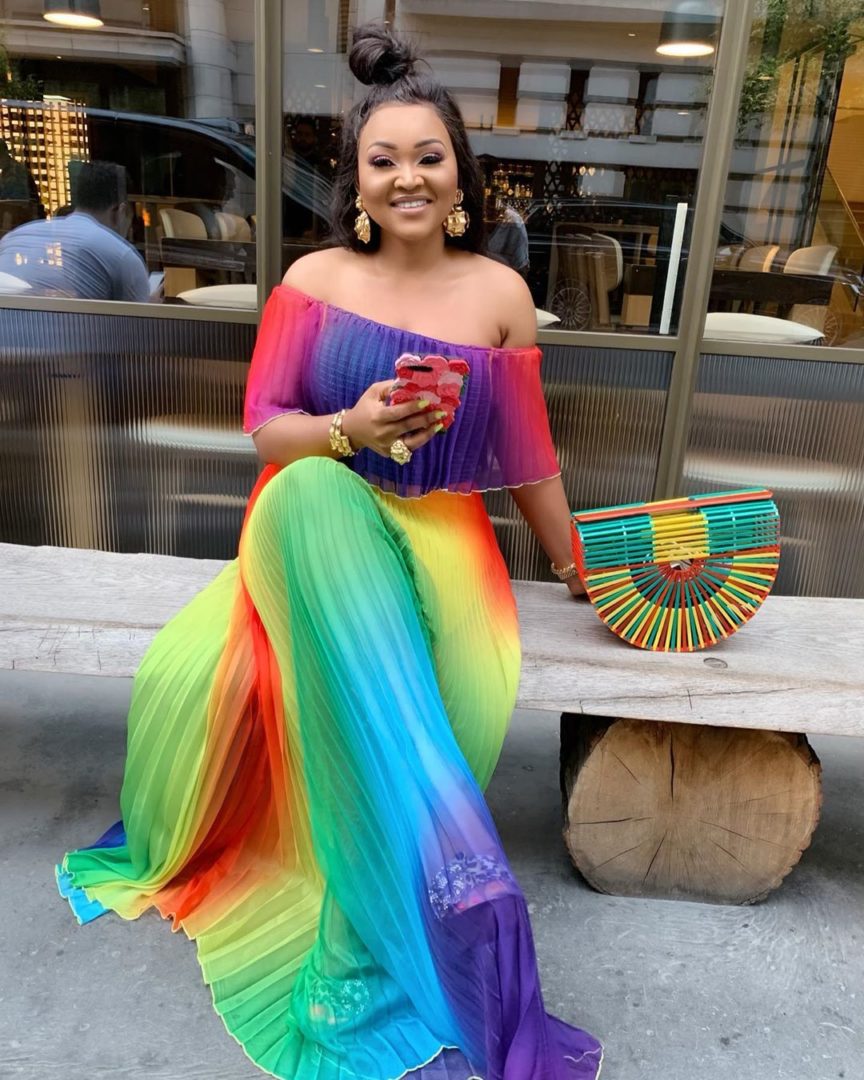 Nollywood actress, Mercy Aigbe shown living the life as she enjoys herself around London in new videos shared on her instagram page which she captioned “Everything colorful, London livinnnnn!?”

The mother of two is a known fashionista, she also owns a clothing store, Magdivas, launched in November 2014.

She is mother to a 18-year old daughter, Michelle and a 9-year old son, Olajuwon.

Mercy Aigbe is currently separated from the father of her children, Lanre Gentry, after a domestic violence scandal in 2017. While he recently claimed Mercy now lives with him, the actress has said nothing to corroborate the story.