Home News My best moment of making my album was recording some part of...

The Blackstar motherland has a special place in the African Giant’s heart.

Oluwa Burna has made one of the best albums to come out Africa this year, according to comments by listeners on social media. 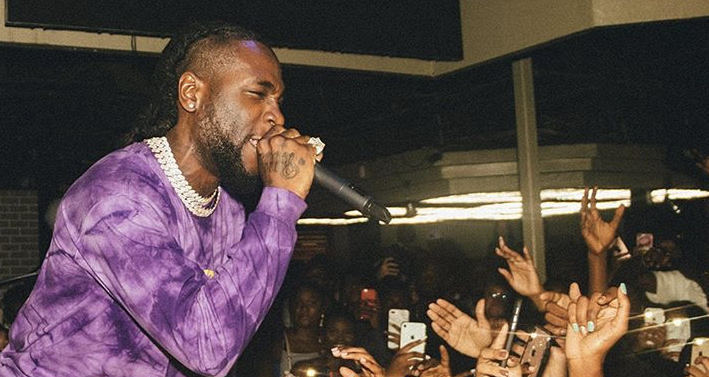 The Godfather of the ‘Afro-fusion’ music genre has confessed that, his 3-weeks old album, being one of the best body of work he has ever released, has a remarkable moment he cherish the most, in Ghana.

According to the BET Award Winner, the best moment of making his ‘African Giant’ album was recording some part of it in Ghana.

Talking to New York-based magazine company, The Fader, when asked what the most gratifying part of the album was, he said;

Burna Boy’s ‘African Giant’ after its released debuted at No. 13 on the Billboard Charts and climbed up to No. 6 after a week. It also debuted the No. 1 spot on Apple Music in more than ten countries.

Swedish Media group, Spotify, after the release of the album also collaborated with the ‘Anybody’ hit maker to make the first ever Burna Boy Bank, which printed the album cover like a currency.

Violette - November 28, 2020 0
Controversial Nigerian socialite Pretty Mike has disclosed that his covenant with pregnant women to see them liberated spurred his recent stunt where he was...

Come And Marry Me , Before My ‘honey Pot’ Becomes Manhole – actress Xandy...

Johnson Olumide - January 2, 2020 0
Budding actress, Xandy Kamel has lamented over her not finding a man to love her. The frustrated Ghanaian role interpreter shared a video on her...

Johnson Olumide - June 28, 2021 0
The BBnaija reunion show returns tonight and the biggest fight that happened in the house, Erica Nlewedim and Laycon would be sharing their own...