Now where are the racists?!

The striker has redeemed himself and proven  worthy of himself, after netting two goals to secure 3 points at the just ended Premier League match between Chelsea and Norwich City.

Last week, a bunch of racists attacked the striker for missing a penalty shootout versus Liverpool which led to his team’s lost. 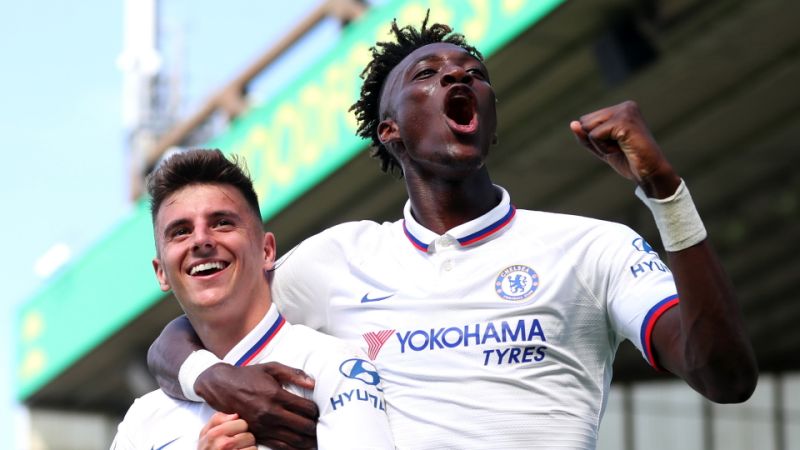 Today, during their match against Norwich City Tammy Abraham netted the first and last goal, with the match ending in a 3-2 win for the Blues, blessing them with 3 points.

Abraham wowed everybody as he scored the first goal 3 minutes into the game with an incredible assist from Azpilicueta. Norwich trying to also redeem themselves equalised at the 6th minute, by none other than Cantwell, who was their saviour at the time.

The blues, with anger, Midfielder Mason Mount  struck a shot to secure their second goal just in the 18 box. Pukki couldn’t deal with that, he equalised again for Norwich just 16 minutes after Mount’s goal.

Tammy Abraham carpeted the third goal for the blues to close the game, just 22 minutes to the closure of the game.

Abraham  was one of the players who faced racial attacks from the internet last week for an error in play during his course of work.

Chelsea stars pictured hanging out alongside Davido in Dubai (Photos)