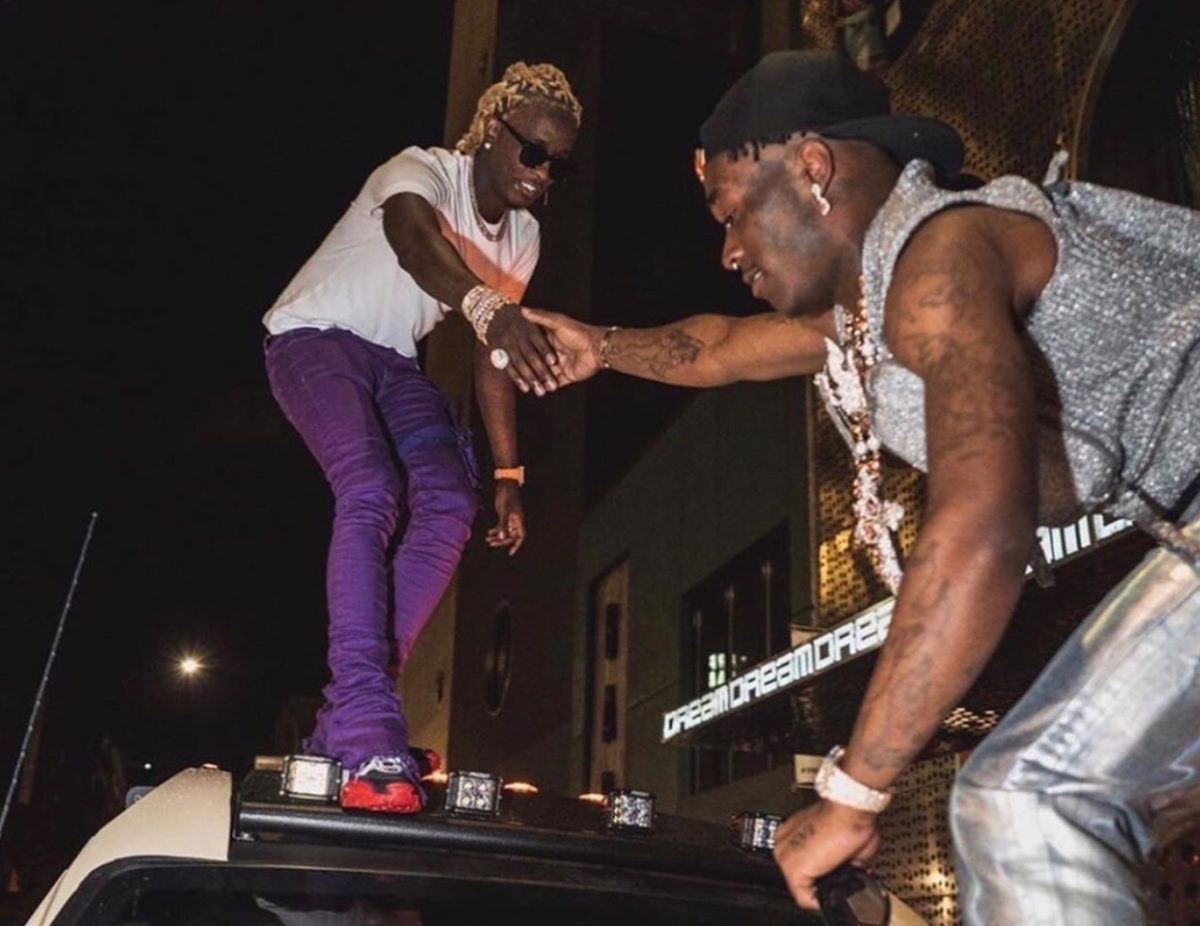 Once again, there have been speculations from Fans that, Musician Young thug and rapper Lil Uzi Vert are certainly gays as one of the pictures posted on IG showed Young Thug helping his ‘Up’ collaborator climb up a car whilst another revealed them holding hands and having a joyous moment. 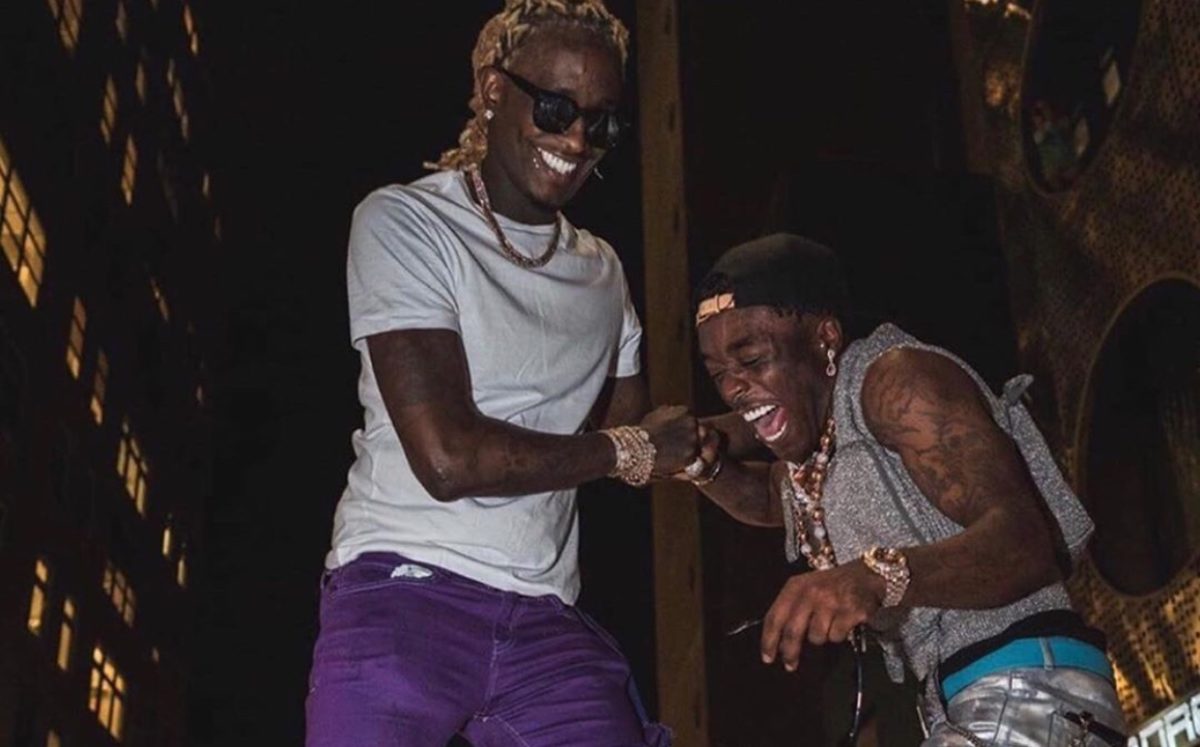 Regardless of the number of speculations he’s had to deny about his sexual preferences, it doesn’t look like he would ever ran out of gay rumours. This time round, the speculations are based on some pictures he released on his Instagram page after a night out with the young rapper.

The photos seemed harmless, but due to being surrounded by rumours of being gay, the otherwise friendly pictures caused his followers to  question the nature of friendship shared with Lil Uzi. Per comments made by some of them, such as “cute couple”, amongst others, it looks like they needed no more convincing. Others even went ahead to comment stuff like “They are so gay and jolly! The level I aspire to be” and “they’re dating”. 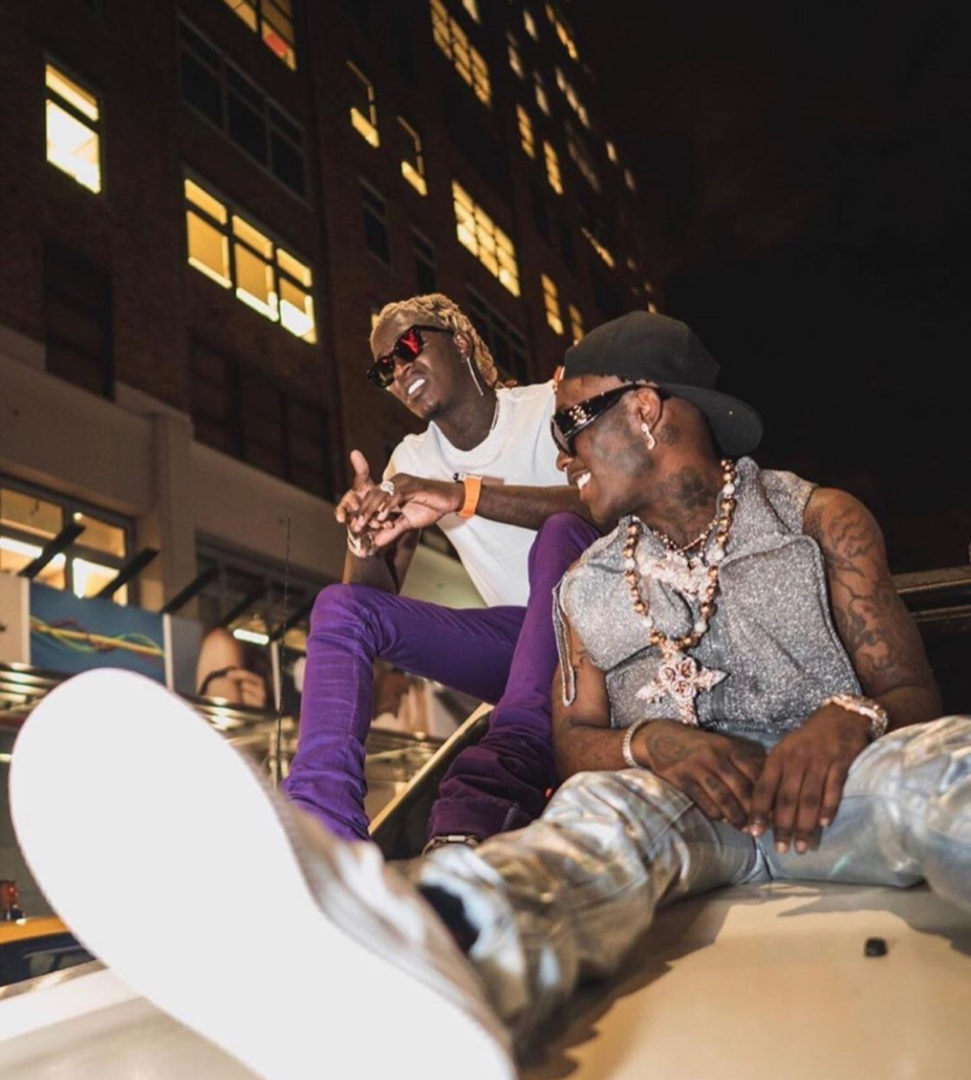 Young Thug ‘So Much Fun’ becomes his first No. 1 on Billboard Top 200 Charts