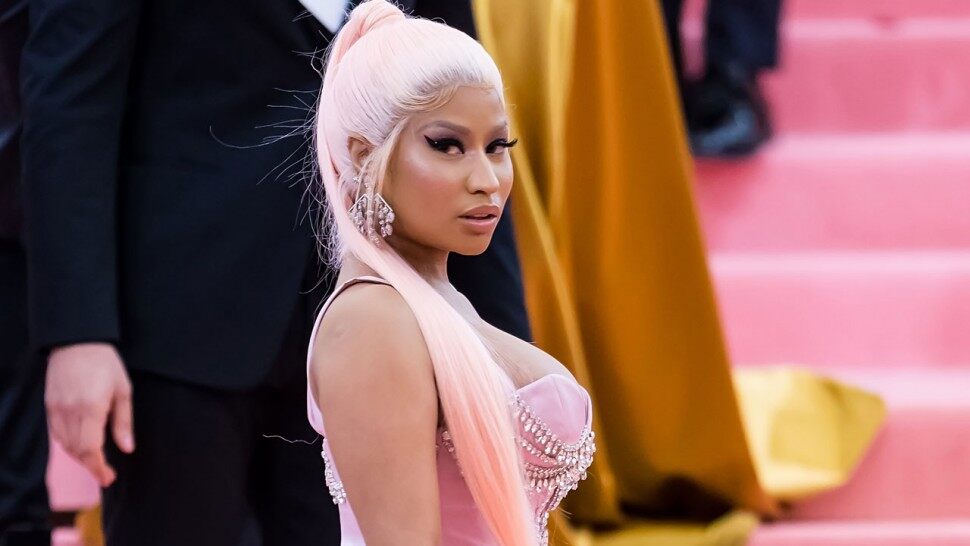 One of the world’s top female rappers have retired from doing music!

Barbies must be in tears by now as their icon Nicki Minaj just announced her retirement from music. 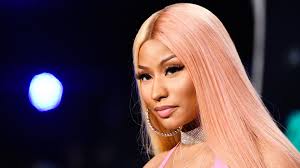 The Rapper claimed that, no one has been checking on her. She also urged her fans to keep repping her and serve as a representation of her while she pulls the plug on her career.

Nicki Minaj and co-rapper Cardi B have been put against each other for some time, as fans debate on who is a better rapper.

Many have chosen Nicki over Cardi because they argued that Cardi does not script her own lyrics, which makes her lyrics “vague.”

Fans have also argued that, Nicki has mirrored other male rappers like Lil Wanye, Drake, Birdman, etc and made female rappers more relevant in the industry. 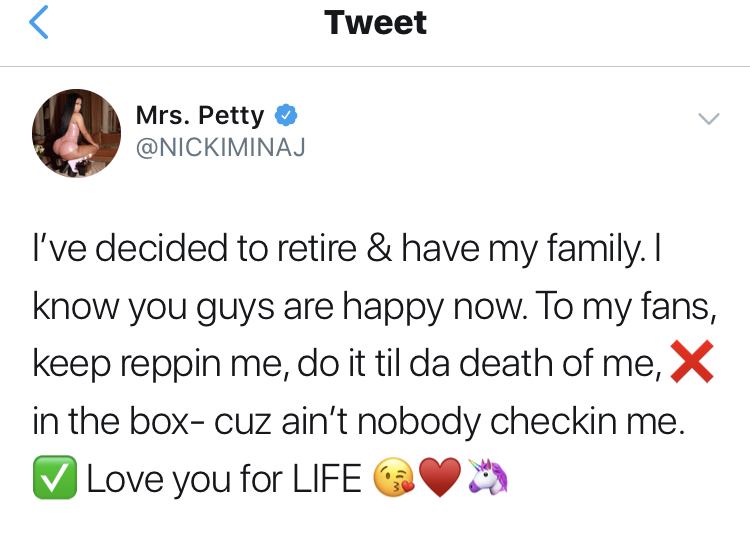 #BBNaija: “Angel does things for CLOUT”- Whitemoney opens up (Video)

Violette - September 17, 2021 0
Big Brother Naija season six housemate, Whitemoney has revealed shocking details about Angel at the ongoing reality show, insisting that she does things for...

Endsars : The only people I pity are the poor — Former Actress Caroline...

Johnson Olumide - October 27, 2020 0
Controversial actress and business woman, Caroline Hutchings took to her Instagram page to reveal that the only people she pitied are the Poor people...

Jennifer Hudson’s Sexy and Stunning in Prabal Gurug Outfit for her Performance at Madison...