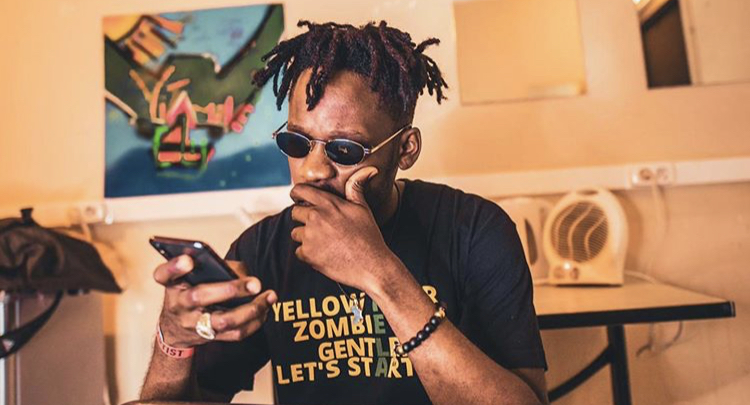 For the third year running, Accra will see Uncle Detty bless the motherland with one of the most iconic Christmas season events.

Mr Eazi has announced a few changes in respect to his Accra-based event ‘Detty Rave.’ 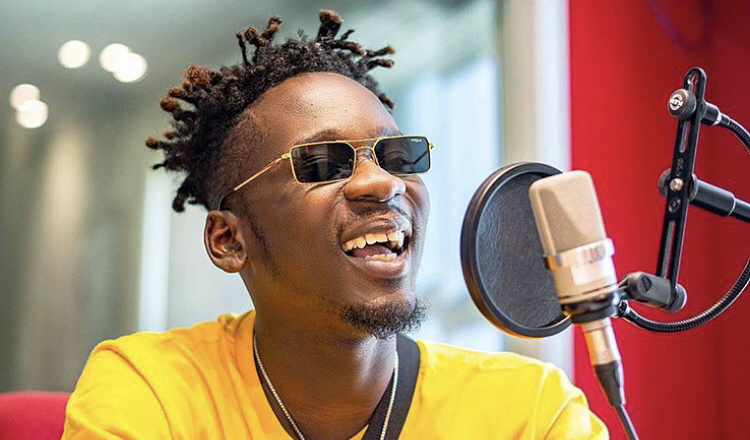 According to the CEO of Bankulize Music, the event which was previously a night show have been slated to take full possession of a whole day.

Eazi announced that, the day will see programmes like Music, Fashion and Arts. The venue for the event will not only be dedicated to the festival, as fans are set to witness a little bit of all the three activities mentioned earlier; there will be a Creative Hub for people who have keen interest in Technology, Music, Art and Fashion. This means that, there will not only be performances but a display of people who can contribute to boost careers successfully in these fields.

He lastly announced that, the ‘Detty Season’ has been scheduled to take place from 29th Dec. to 4th Jan., with the hashtag #DettyDecember.

Early bird tickets have been sold out already, however, the normal tickets are still selling.

Over the past years, the Detty Rave Event has seen artistes like Giggs from London, Simi, Mr Eazi himself, Maleek Berry, Reekado Banks, Sarkodie, Joey B, Kwesi Arthur and many more. 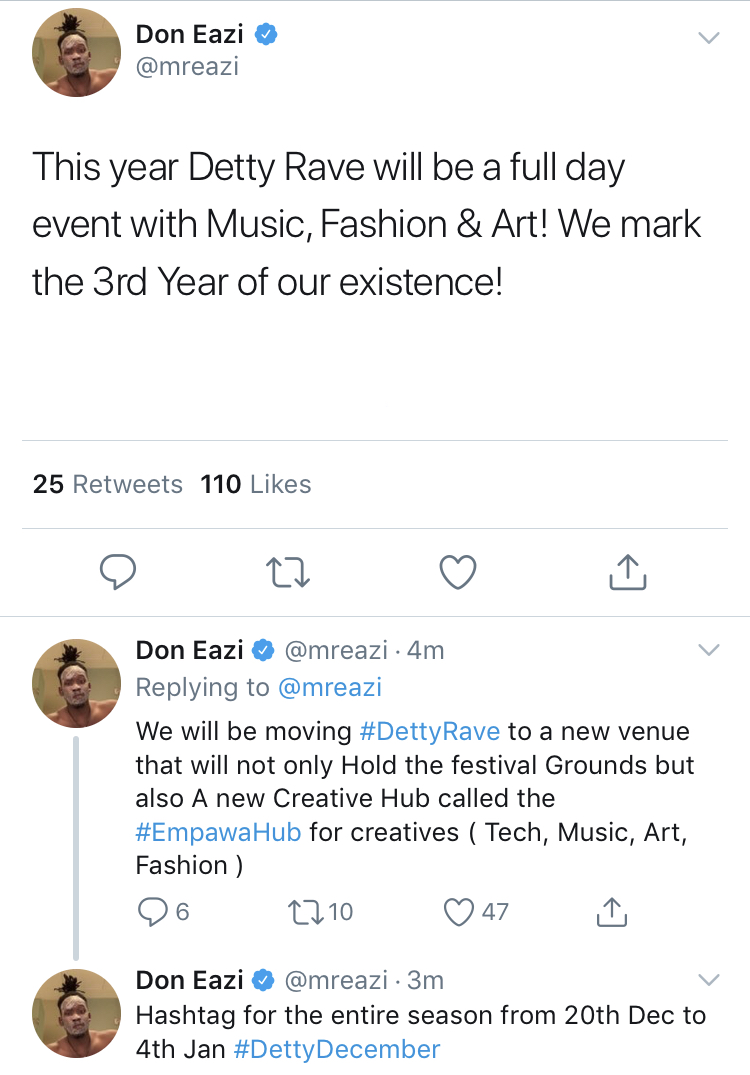