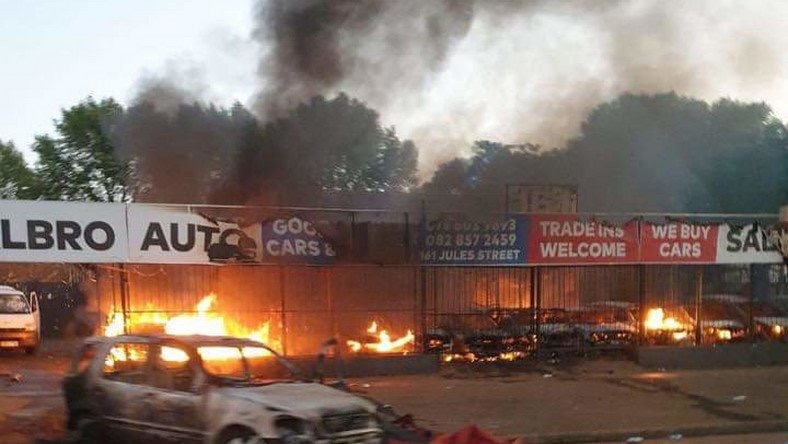 Police in South Africa have been overwhelmed by looters in the latest round of xenophobic attacks by residents of Jappestown, an area close to commercial hub, Johannesburg.

Multiple local media outlets said rampant looting of shops and torching of buildings had been registered in the riots. The portals add that looters have targeted businesses of foreigners.

Elsewhere rioters have blocked roads and burnt tyres obstructing movement of persons and vehicles. The police has been caught in running battles with them across parts of Johannesburg. 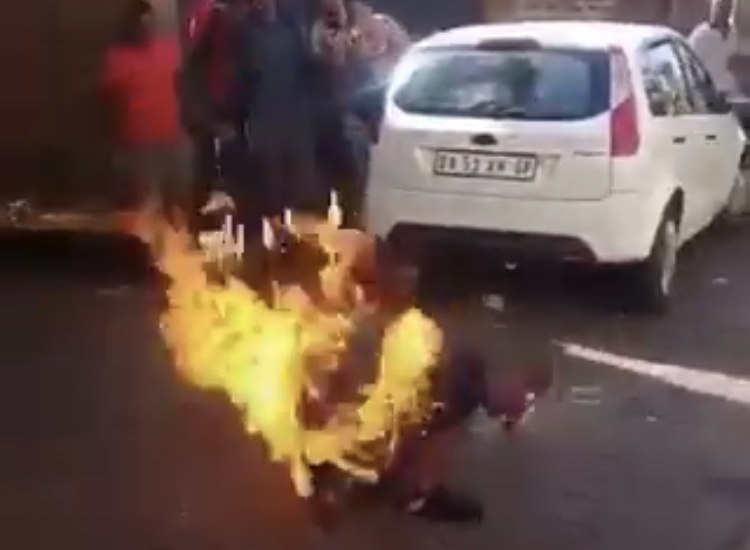 A police statement confirmed the situation and said forty-one people have been arrested following the incidents. Police also fired rubber bullets at looters in another Johannesburg suburb, Turffontein.

According to police, the chaotic clashes followed the deaths of three people in a fire in an “old building”.

“While we were still investigating with emergency services, people that were around started taking advantage of the situation and looted shops,” police spokesman Capt Mavela Masondo is quoted as saying.

The News24 portal tweeted several short videos of the incidents of looting as people broke down gates of shops and entered to grab items of their choice.

The Nigerian and Zambian governments have since issued statements condemning the incidents and cautioning their citizens.

Nigeria’s foreign minister is on record as saying South Africa had failed to protect Nigerian businesses whiles Zambia has instructed bus companies and drivers to step down all travel to South Africa till further notice.

Traveling to South Africa right now: What you need to know