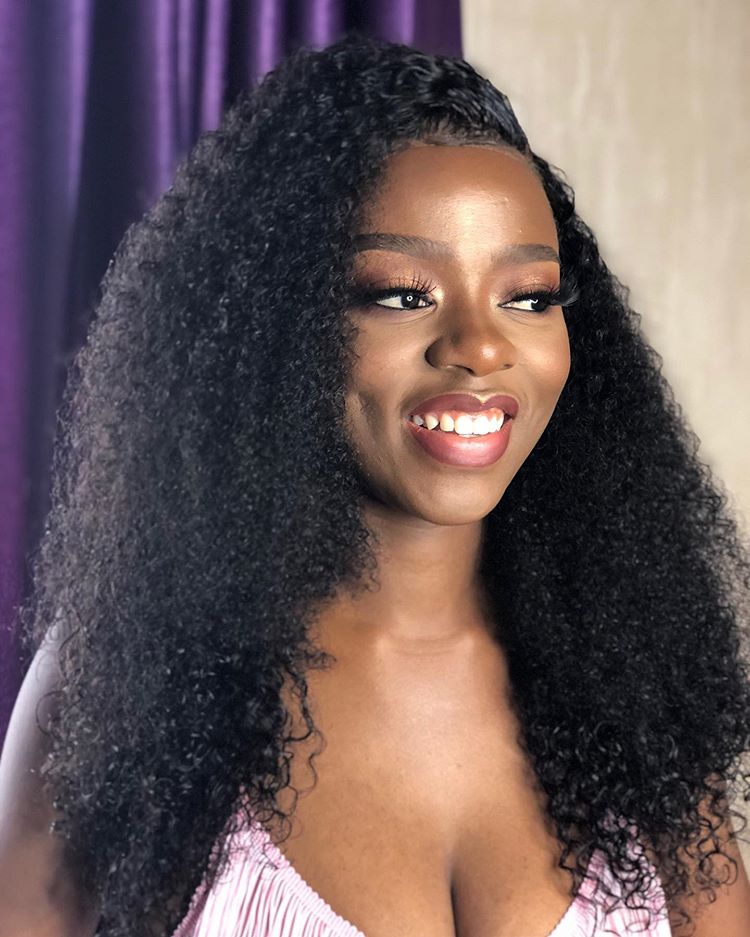 Former Big Brother Naija housemate, Diane seems to be having fun after her eviction from the reality show.

Diane who was evicted at the show after being picked by Frodd during the last eviction process has been having a nice time ever since she’s been evicted.

The 24 years old who was evicted after a total of 92 days in the house was pictured wearing a black gown which reveal her cleavage.

Diane who is a graduate of University of Debrecen in Hungary has been promised a role by Nollywood actress Funke Akindele in her Seasonal Movie, Jenifa’s Diary and will be looking to kick start her career as an actress.