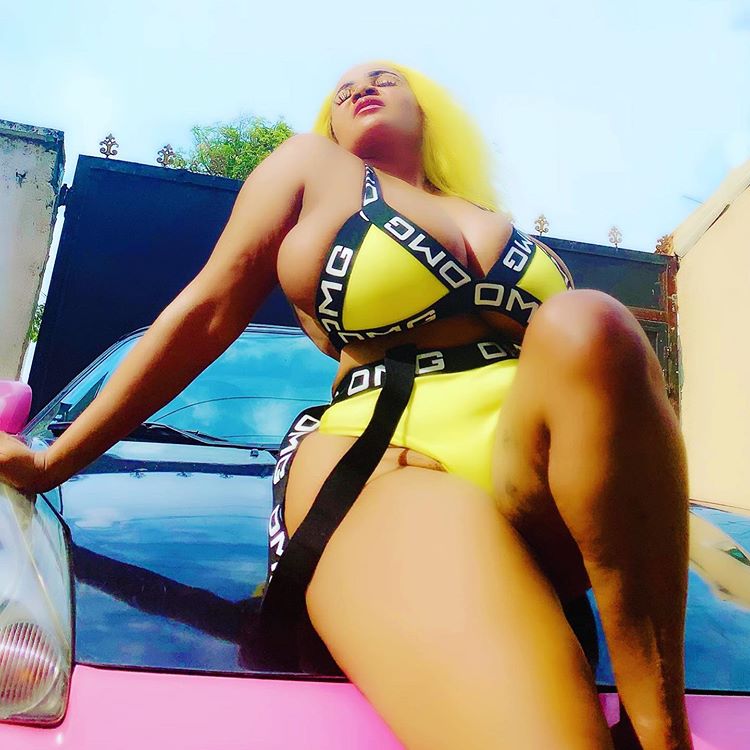 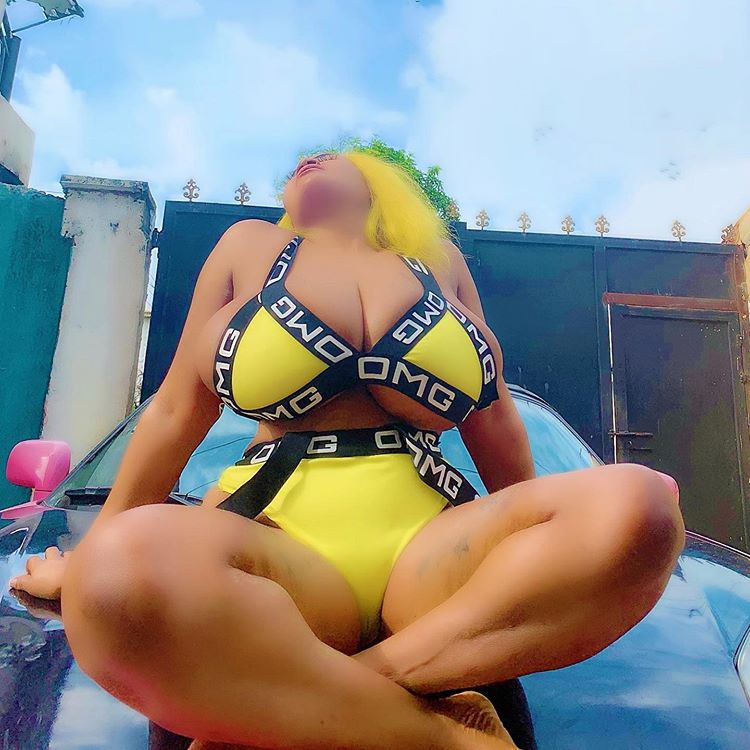 The actress and video vixen who cause uproar on the internet some days back after she preached the word of God in a cleavage reavealing outfit has again given something to wander about.

Cossy Ojiakor as usual released a stunning picture of herself rocking a Yellow Bilkini outfit as all her endowment could be seen as she sat on a car.

With Cossy known for displaying her large and curvy sexy body fans and followers of the actress have flood her timeline to share their thoughts on what’s being displayed and congratulate her on her birthday.

She captioned the picture with a simple birthday wishes as she wrote:

Cossy Ojiakor reveals her clevage as she preach the gospel