Home Entertainment Celebrities Fireboydml Was Chased Away From By A Friend He was Squatting With...

Nigerian artist and talent manager, Bankulli Osha has revealed a shocking revelation about Fireboydml past.

Fireboydml who is currently the wave of the moment having sign a deal under Rapper Olamide’s Record Label, YBNL Nation.

Bankulli Osha via a post on his social media handle noted that Fireboydml was chased away by a friend who is also a artist for a lame reason.

The talent manager who was not happy with the way he was being chased away added that the friend thought he’s harming Fireboydml but did not know he was chasing him to his Fame and Success.

Sharing a picture of both stars together Bankulli Osha wrote:

Short Story : I met @fireboydml last year through another Talent who he was actually squatting with for a while all he wanted was to sing and be heard but he was chased away for a reason so lame but not knowing that he was been chased to his success and glory …I saw him perform live at the starboyfest inside @wizkidayo Set …. Becareful how you treat others as God have plans for each one of us … Shine on @fireboydml 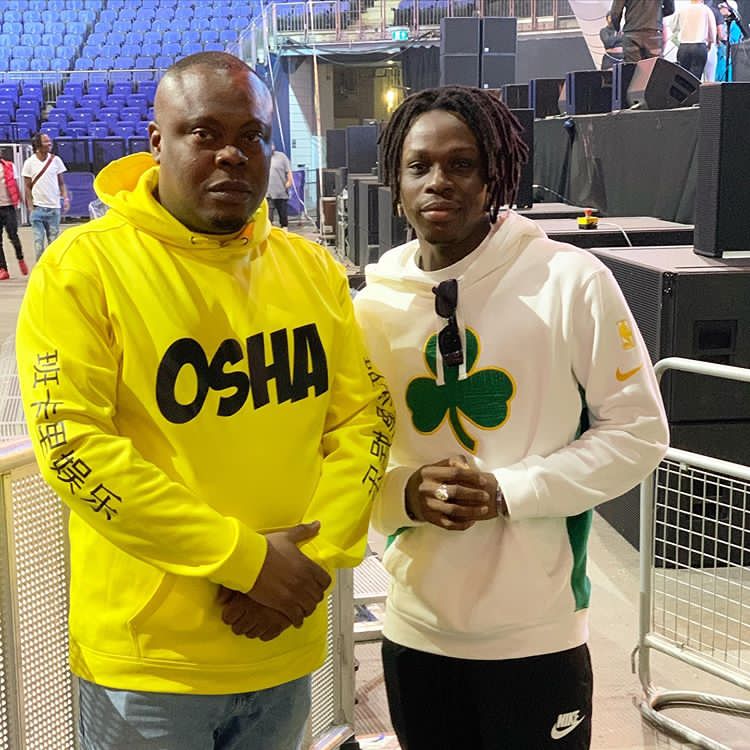