Home Entertainment Celebrities “I Want To Return The Money You Paid Me,” – Duncan Mighty...

Veteran Nigeria Singer, Duncan Mighty has issue a plea to the former Governor of Imo State Rochas Okorocha, asking to return the money he paid to him back. 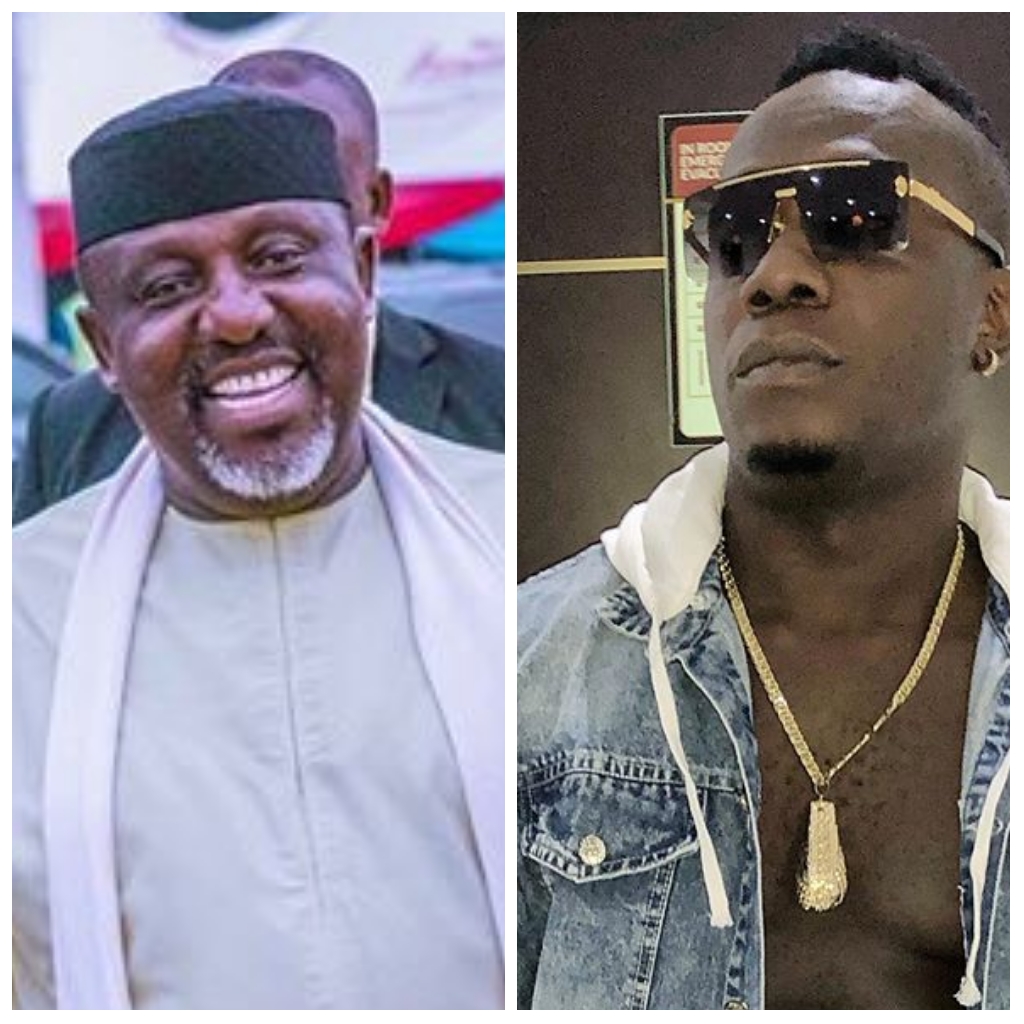 Duncan Mighty who seems to be panicking took to his social media handle to beg the former Governor to take back his money as his life is being threatened.

The 35 years old Rivers State singer noted via the post that he collected the money from Rochas Okorocha in order for him to record a song with one of his boys.

However, things turn a new leaf when police began to question him concerning the money adding that he has also being threatened.

Duncan Mighty then asked the former Governor to take back his money as he does not want any further embarrassment.

He wrote: Your Excellency Because you directly paid in public . While the job was going smoothly immediately after you paid . They said you sent them to bring back money to you # LONG THROAT DIFFERENT FROM A HUNGRY PERSON … even if na ordinary pepper I dey sell I must be good 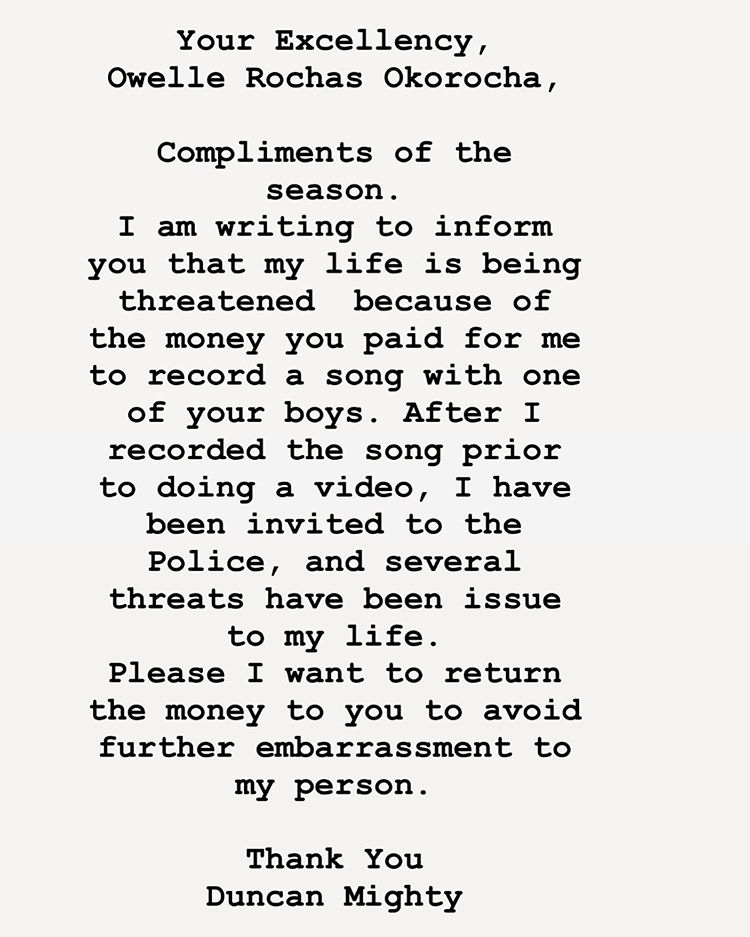 Duncan Mighty lash out at Nigerians, calling him out for exposing his wife, Vivian

How I found out that my 4-year-old daughter, Mitchell is not mine – Duncan Mighty