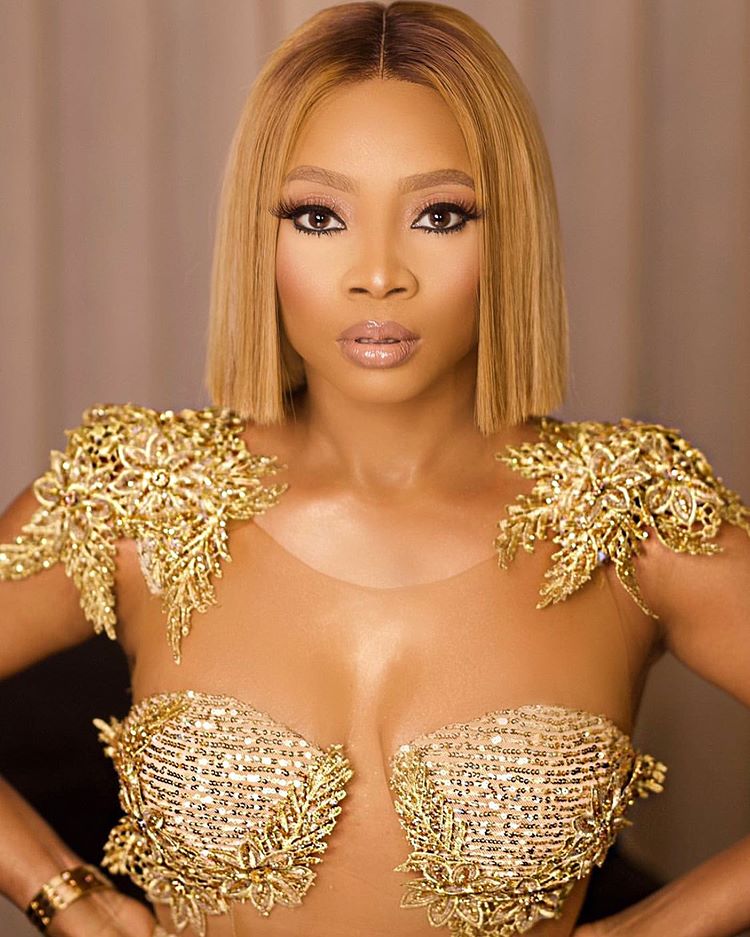 A lady on Twitter has called out Media Personality, Toke Makinwa to deny owing her staffs some of their monthly salary.

The drama started when Toke Makinwa took to her Twitter handle to share a post concerning unemployment in the country as she noted that they are people out their who wants to work while there are employers who tend to treat them badly by exploiting them.

However, the lady in question who seems
not to pleased with this replied her by asking her if she wants to pay her staffs with a sponsorship money as she’s currently owing them six months salary.

Toke Makinwa who was in no mood for troll slammed her noting that she’s using a free app as well as being a jobless lady. 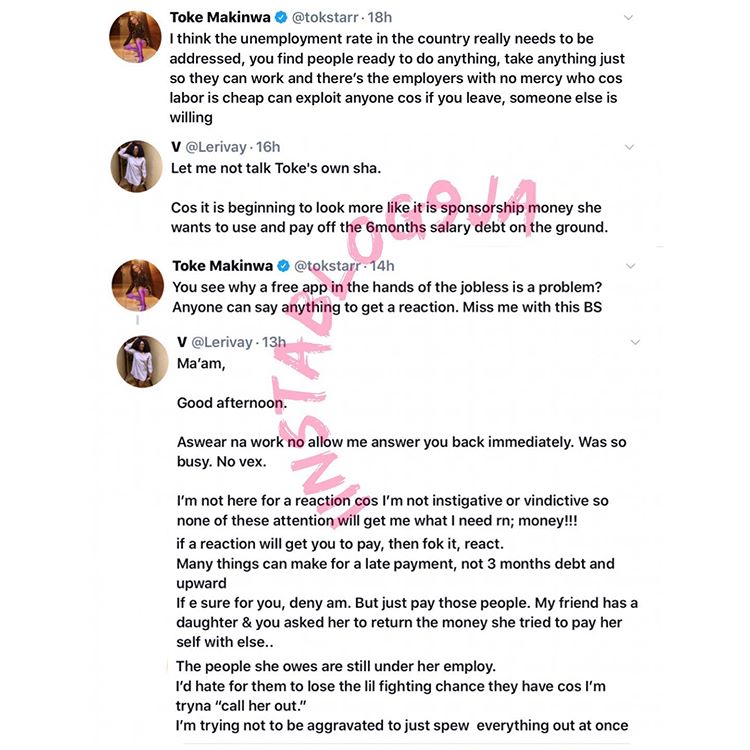