Popular Buhari supporter, Kayode Ogundamisi, has slammed Davido for allowing his boys to handcuff the two ladies that claimed he Impregnated one of them. 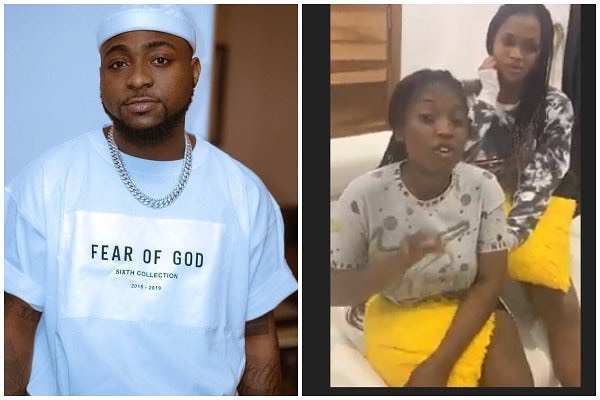 Recall yesterday that Davido’s hype man, known as Special Spesh, had posted a video on Instagram showing the two women, Helen and Susan, handcuffed and sitting on a chair in a living room while Davido also shared the video, defending the action of his sidekick.

However, Kayode Ogundamisi who was not pleased with this reminded Davido how he attacked the President during the Osun governorship election but was never touched as he accused the musician of being a hypocrite and abuse of power.

He made this known via a post in his Twitter handle as he noted that Davido would have misused the power if he’s Uncle had won the election in Osun State.

Kayode tweeted: “Imagine Davido as first Cousin in Osun State with his uncle Isiaka Adeleke as Governor and Buhari is meant to be the tyrant o!”

“After the public apology, why will the girls be handcuffed and dehumanised in that manner? Davido is crap! Who arrested him for all the nonsense he said during the Osun elections? I dislike this guy now.” Ayo Oyalowo, popular Buharist, said it was laughable that Davido could call the President a tyrant and then act in such a manner.

Johnson Olumide - January 2, 2020 0
Ghanaian actress, Television and radio presenter, Andrea Owusu who is widely known as Efia Odo has disclosed that she is not posting her next...

Violette - September 4, 2018 0
Controversial Big Brother Naija 2017 finalist, Tokunbo Idowu, who is popularly known as Tboss, has finally spoken after she was listed among the worst...

Violette - January 7, 2020 0
Busola Dakolo, wife of Nigeria singer and songwriter, Timi Dakolo is not taking anything for granted this year as she hits the gym just...

I don’t know why Zlatan blocked me on WhatsApp and Instagram – DJ Cuppy...

Violette - January 8, 2021 0
Talented disk jockey and singer Florence Otedola popularly known as DJ Cuppy has opened up on how rapper Zlatan Ibile blocked her on WhatsApp...