Popular Nigeria Rapper, Vector has slammed music producer Samklef after he shared a post on his social media page noting that Lyrics do not sell in Nigeria.

Vector who has been in the news lately for his rap battle against M I slammed Samklef for this as he stated that he’s senseless for writing such post.

Samklef who is known to have produced hit music stated that Nigerians just want to party and so do not need good lyrical music.

However, Vector who’s not well too pleased with this ask him to stop misleading people with funny talk. 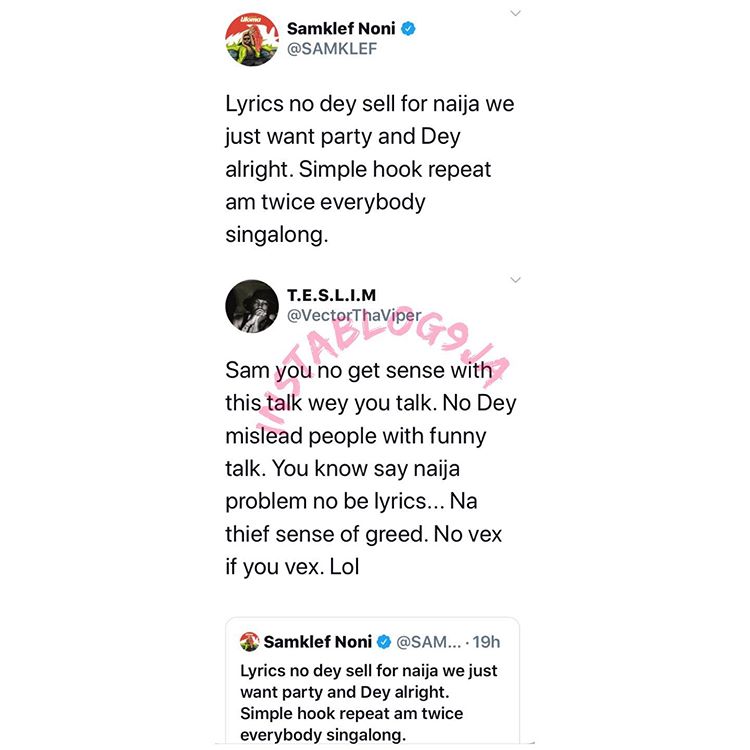