Home Entertainment BBNaija BBNAIJA: What Will I Tell My Family- Tobi Bakre As He...

Former bbnaija house mate, Tobi Bakre has shown how much fearless he can be as he uploads picture on his Instagram page of him sky diving and having the fun of his live. 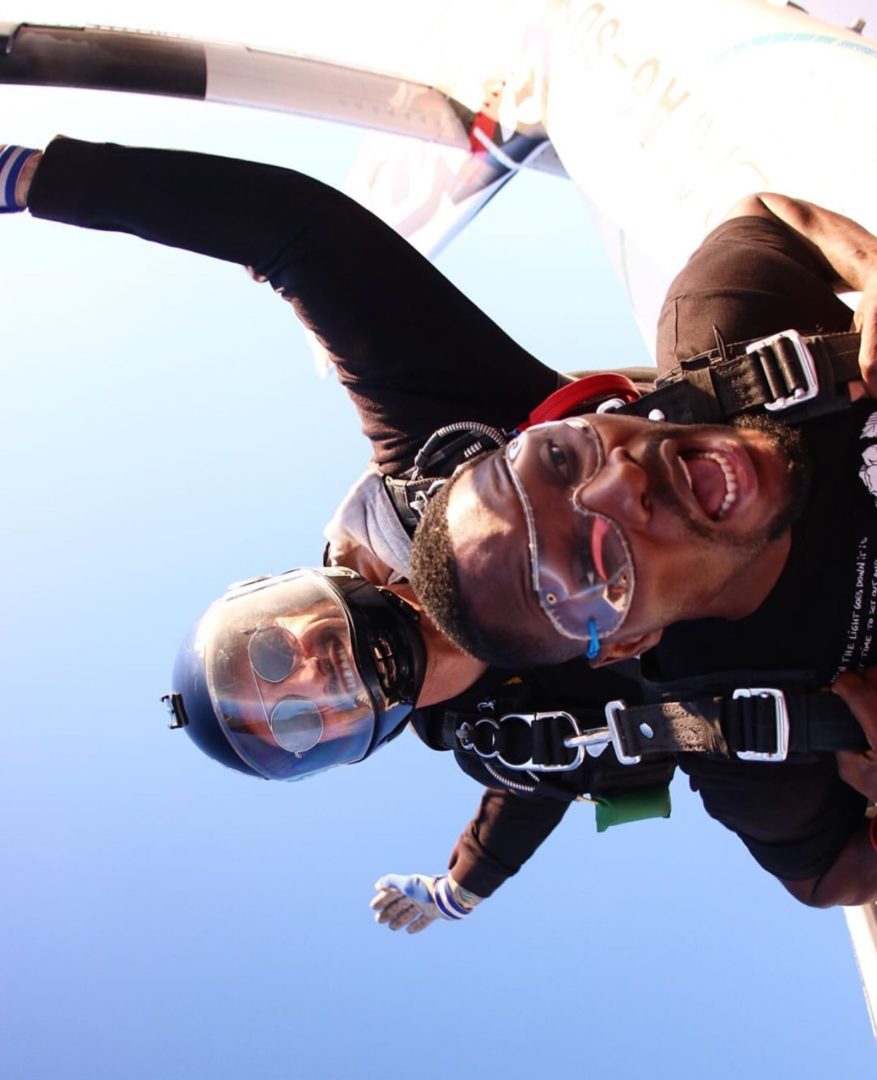 The dark and handsome reality tv star who almost won his edition of big brother nigeria but later lost to Miracle who emerged the winner has played a good role to his fans since the conclusion of the 2018 Bbnaija .

Tobi is clearly confused on whether he should post the video from the sky diving experience cause he doesn’t know what explanation he would give them as he plans to lie saying even the picture is photoshopped.

#BBNaija: “If you didn’t come to this house, I would have made a voluntary...

Violette - September 17, 2021 0
BBNaija 'Shine Your Eye' housemate, Saga Adeolu has revealed that he would have taken a voluntary exit from the show if Nini had not...

Juliet Ibrahim Sparks Break Up Rumors With Iceberg Slim As She Deletes All His...

Johnson Olumide - May 5, 2018 0
Juliet Ibrahim sparks breakup rumours currently going round on social media as she has gone ahead to delete all of Iceberg Slim’s pictures that...

No girl in Nigeria can twerk more than me – Former beauty queen, Dabota...

Johnson Olumide - January 2, 2020 0
Former beauty queen, Dabota Lawson has declared on Instagram that there is no lady in Nigeria who can twerk more than herself. The mother-of-one told...

Johnson Olumide - December 20, 2019 0
French international, Paul Pogba is reported to be on the verge of signing for Spanish giant, Barcelona. The deal is said to take place...