Home Entertainment Between Actor Adeniyi Johnson and A Fan Who Advised Him To Be... 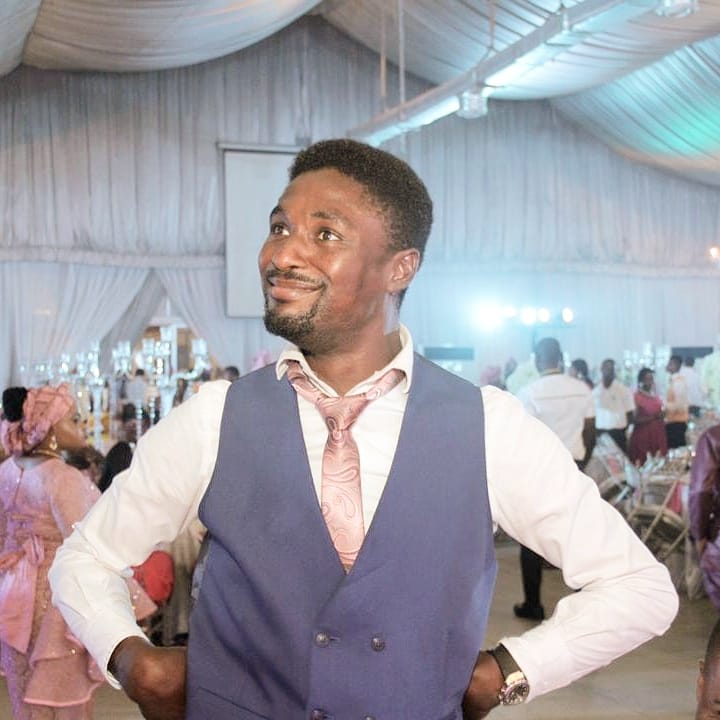 Nollywood actor, Adeniyi Johnson was involved in a friendly conversation with a female fan who tends to advise him on how he behaves on set. 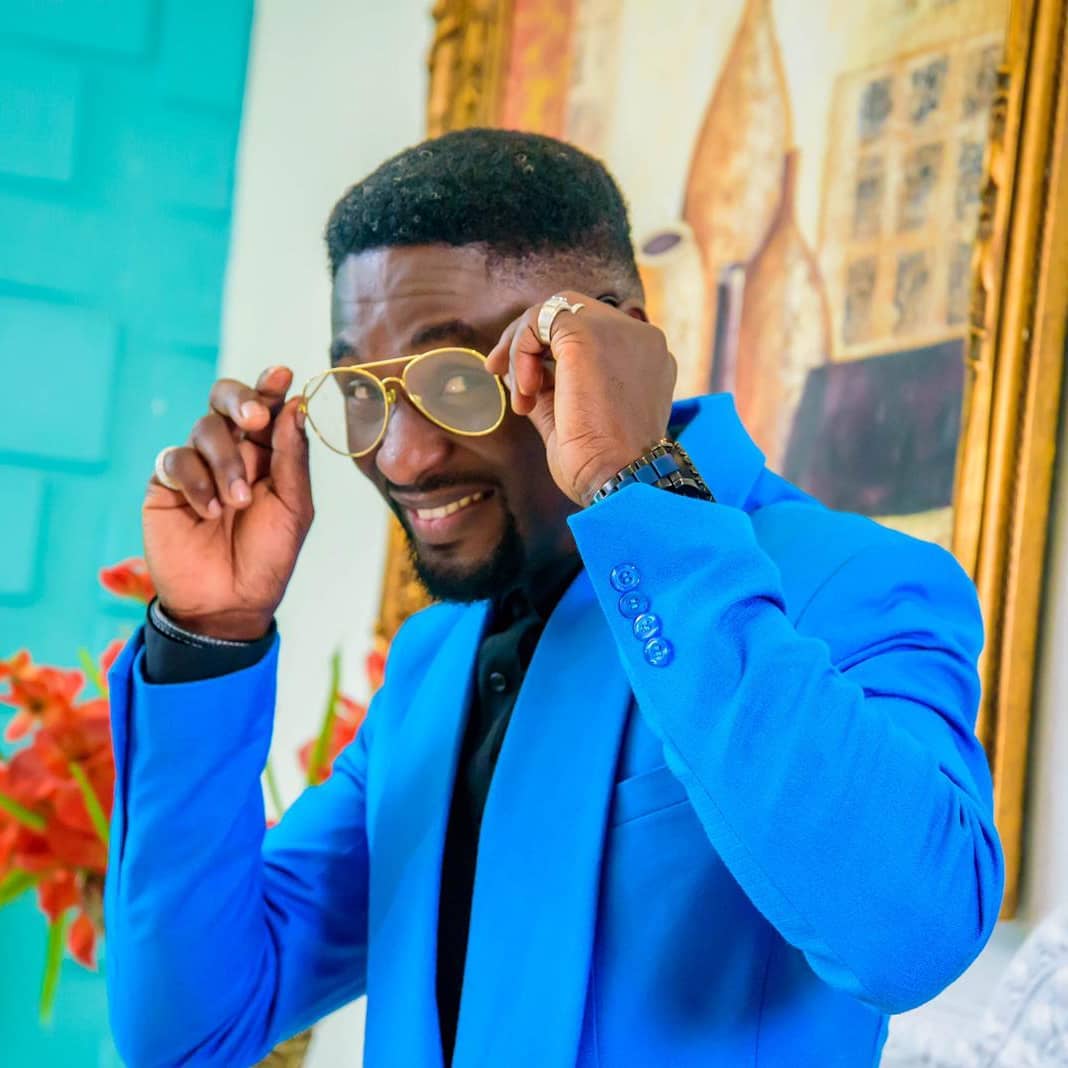 Adeniyi Johnson who has not been short of trolls on his page was advised by the female fans to be more natural when he’s on set as she notes that he force everything.

The fan added by asking him to try and learn from Gabriel Afolayan.

However, Adeniyi Johnson who was not annoyed with the observation thanked her but also gave her an advise on how to use her make up.

The actor noted that she should be focused on her life, use less make up and also try full picture instead of selfies. 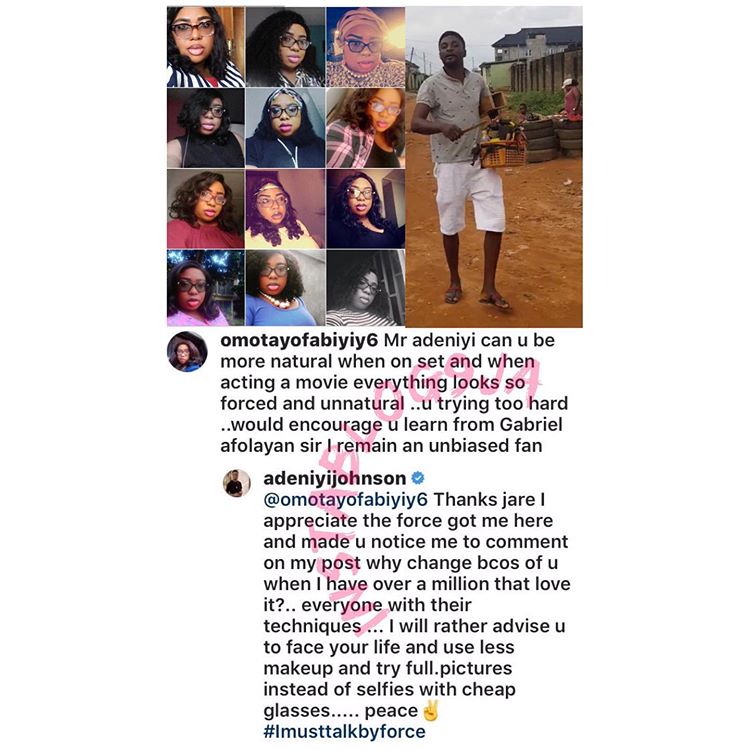