Home Entertainment Dj Cuppy Fears For Her Live After A Short Story From Meek... 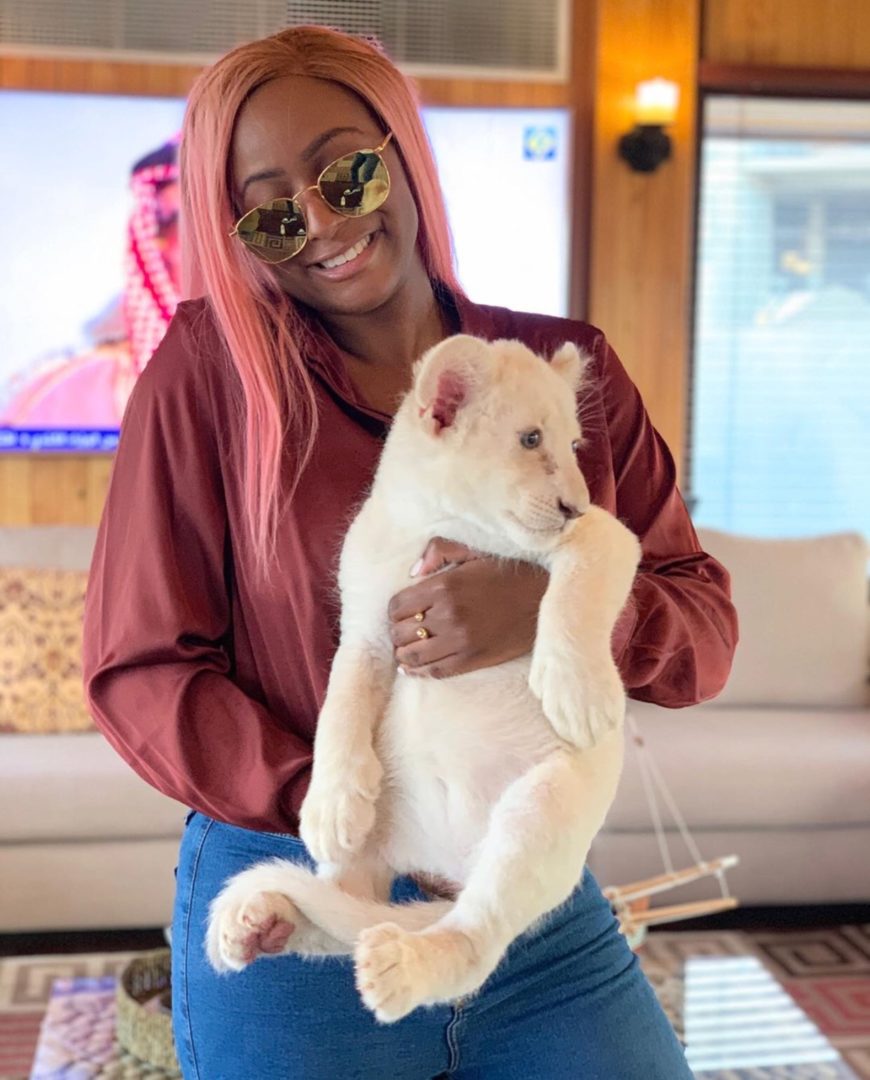 Few days ago Dj Cuppy Uploaded the picture of herself and her new baby lion as they snapped together in @fame park over there in Dubai. She called the lion her first born and even uploaded video showing how much she loved and was feeding Little Cuppy the baby lion which was named after her.

Just few moments ago Cuppy has taken to Twitter to express the fear for her live after American rapper Meek Milll Uploaded a short story of a man who fed and took care of a lion till the lion was so huge the food weren’t enough for it anymore and it ended up eating the owner who trained and fed it.

Cuppy fears this story might be her story and that she might always end up with the same faith with the man on the story.check out the screenshot and video below

Cuppy gets scared for her baby lion, as Meek Mill prophesies