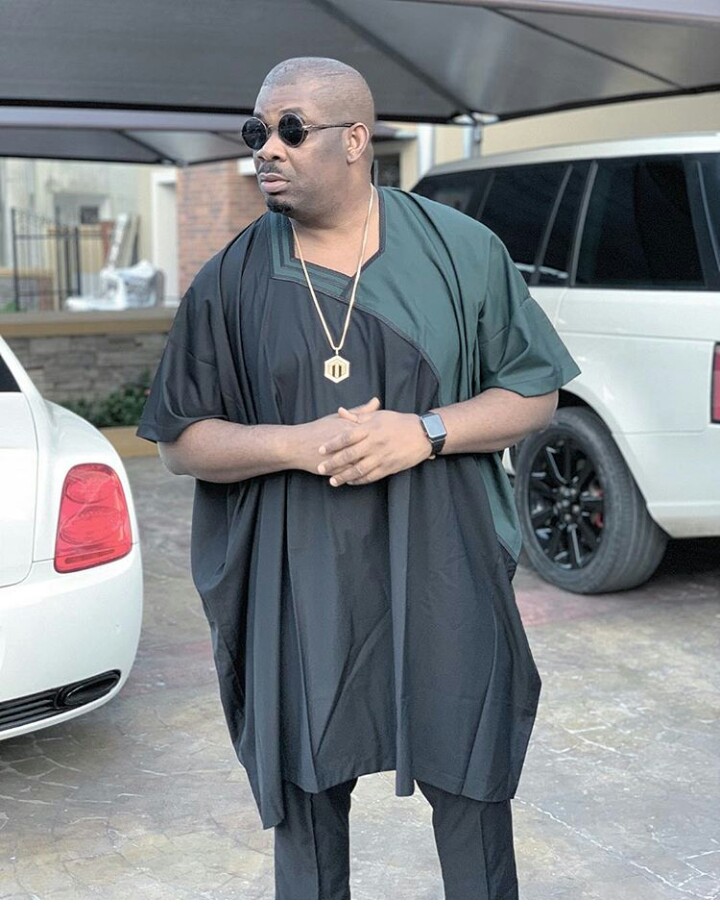 Don Jazzy who produced many award winning singer and songwriter through his brand shared a video of his great empire, Mavins Records as he thank God for what he has done for him.

The music producer who stunned by he internet some months ago after he celebrated one year without smoking took time to celebrate the grand of their new creativeand cooperate places in Mavins.

He added by poking fun at himself as he noted that he will soon be a fool in the next three years.

All glory to GOD for making me see another year. GOD has been soooo faithful to me. They say a fool at forty is a fool forever so Turning 37 today makes me feel like Jazzy you have only 3 more years to be a fool o lol ? ??‍♂️. As I get older I strive to make sure #Allisinorder with my business. So In addition to my birthday celebration, we at Mavin are also unveiling our new creative and corporate spaces. We are happy to move to our new spaces. Mavin Records has grown over the years on the corporate and creative side which influenced the decision to relocate our business to two separate spaces with the corporate space in Victoria Island, Lagos and the creative studios in Lekki, Lagos. The new spaces will help us ensure our teams are happier, further boost productivity and creativity as we continue to execute our growth plans. Thanks for the love and support always. #Mavin #Donjazzy #Afrobeats #Nigeria #Africa #MusicBusiness #HappyBirthday #IDJA #MavinStudios #MavinHq