The Twitter world was on fire yesterday when the sex tape of a student of Babcock University was released after he was alleged to have been dared to do so by the lady in the tape.

With the scandal getting more waves e every seconds, information and details about the two students keep occurring.

In a new twist, information about the background of the Joy who is the lady in the sex tape has been revealed by a Twitter user who claimed that her father is a pastor in their Church.

According to the Twitter user, Joy’s father is said to be one Pastor Olumide of Calvary Church, a church he claims he attends.

See screenshot of his conversation below: 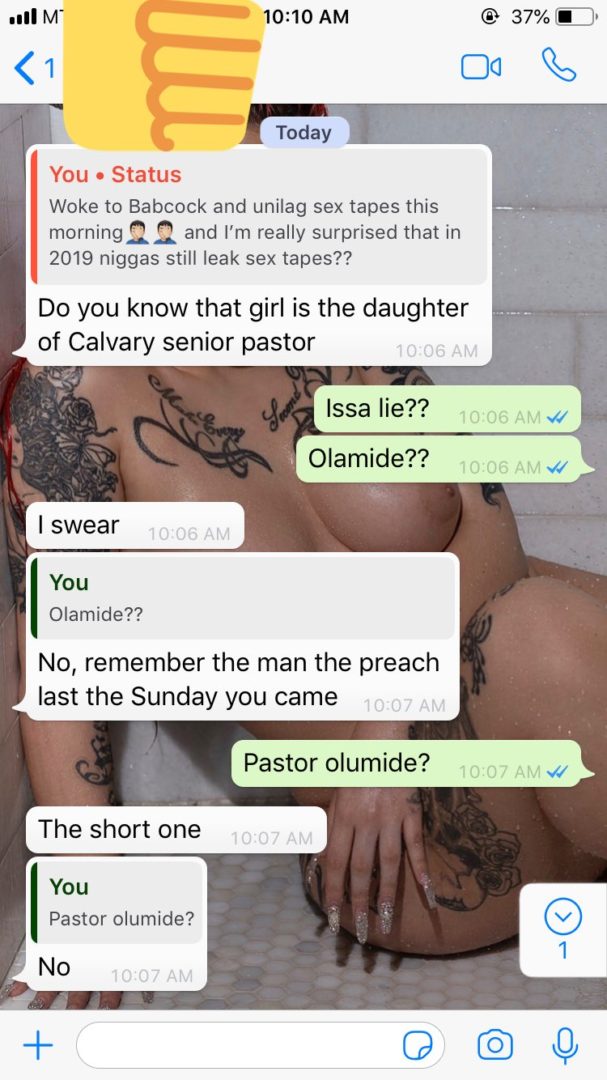 Johnson Olumide - Modified date: May 28, 2020 1
The University of Ottawa is proud to have one of the most generous scholarships and bursaries offerings in the country. Students can apply for...

Acting was Never My Wish, I Went Into It By Mistake – Blossom Chukwujekwu

Violette - Modified date: June 30, 2019 0
Nollywood entertainer, Blossom Chukwujekwu, has uncovered that he dove into acting unintentionally and he has not for once lamented adhering to it. The entertainer made...

Adedokun Moses - Modified date: April 7, 2020 0
Veteran Nollywood actress, Chika Ike flaunt massive backside in a new sexy picture that has got tongues wagging. There is no doubt about the beauty embedded...

I went out of circulation to rediscover myself – Sean Tizzle Reveals

Johnson Olumide - Modified date: June 2, 2019 0
Singer, Sean Tizzle, vehemently disagrees with the school of thought that believes he may not be able to surpass the success of Sho Le, which...