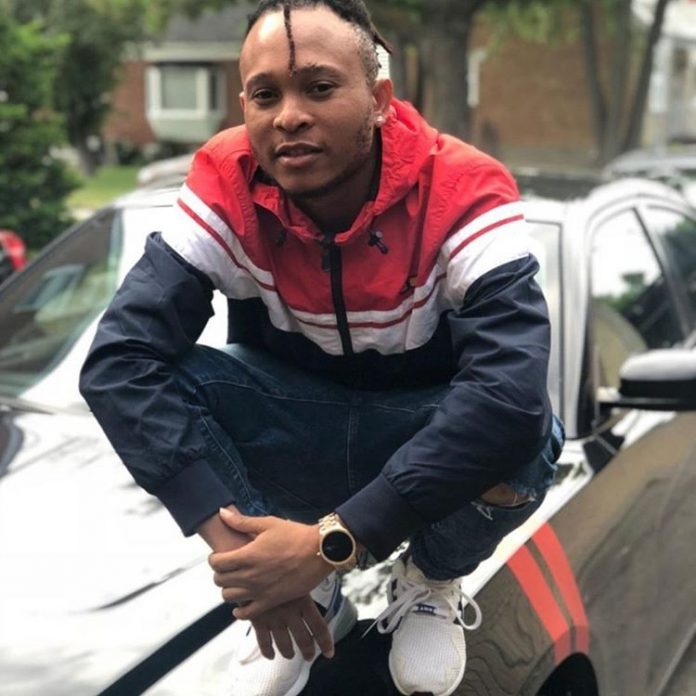 Former YBNL singer, Viktoh has reacts to claim made by some section of fans that his former boss, Olamide has used his destiny to run one or two packages. 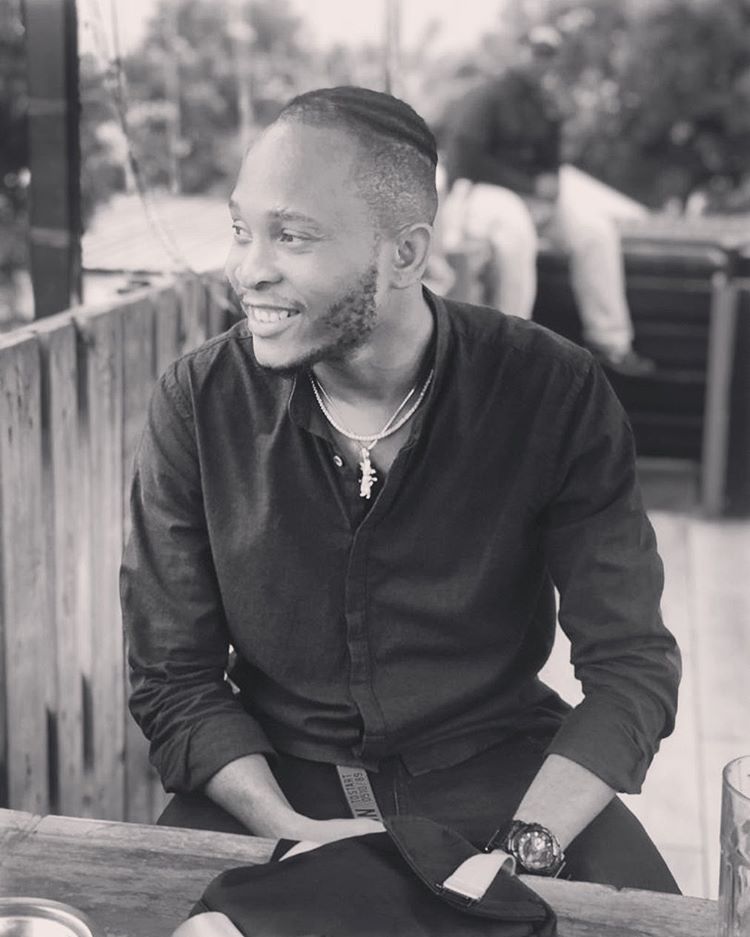 The singer who was part of Olamide’s YBNL Record Label before moving on was dragged into a conversation with a fan who claimed he does not understand what is wrong with his career as he noted that Olamide must have used his destiny.

However, Viktoh who seems to be tired of such claims blast the fan as he state that he should have been blocked but won’t be doing that cause he would love him to see him use the same mouth in praising him. 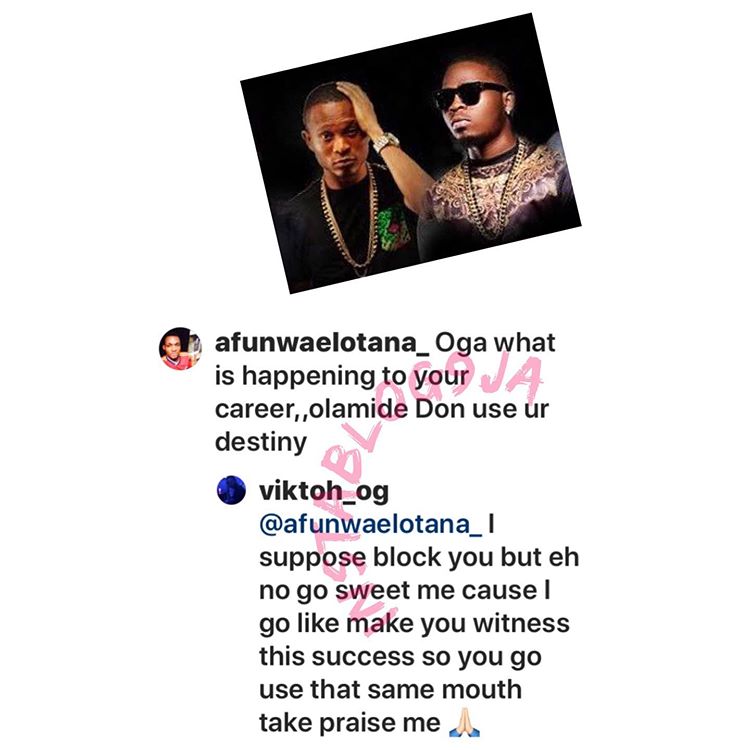 Olamide Gifts A Fan His Wrist Watch Worth N2.5M On Stage (Video)