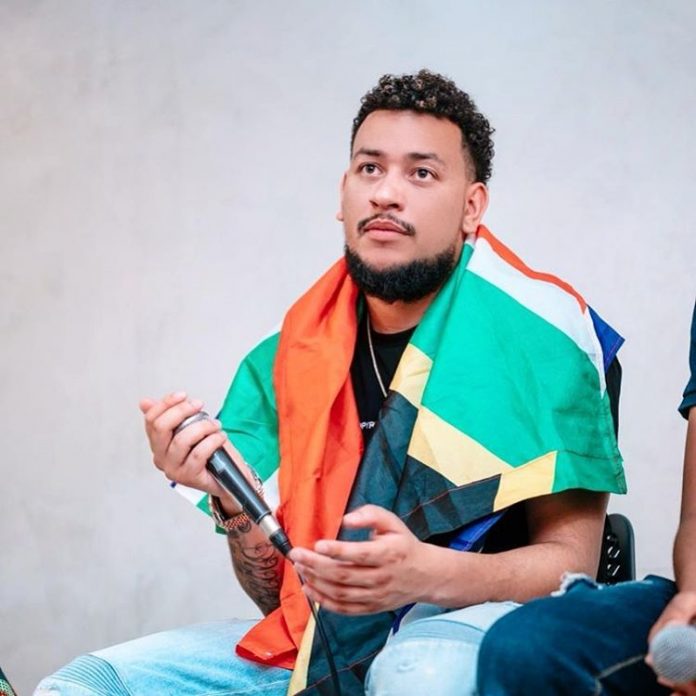 South African rapper AKA was a victim of troll from a Nigerian yesterday but he gave him a reply he would not have hoped for. 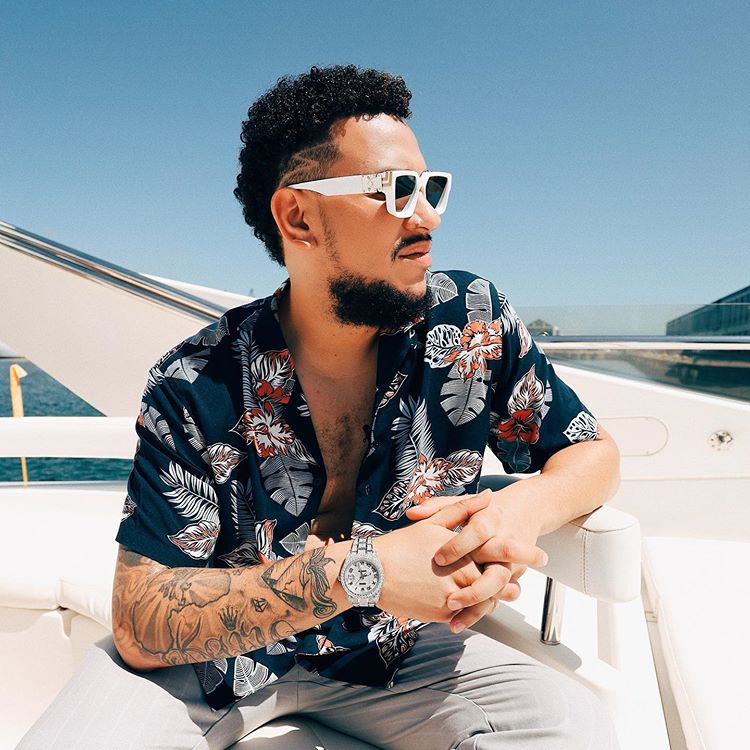 The Nigerian man who tried to troll the South African rapper over the recent visit of American singer, Cardi B received backlash from AKA who looks prepared for any troll.

According to the Nigerian, if Cardi B who visited Nigeria and Ghana had gone to South Africa, he noted that AKA would not mind asking the Grammy award winner to way bill bleaching cream for him.

However, AKA gave him a simple and precise response as he noted that South Africa hosted the World Cup while Nigeria hosted Cardi B. 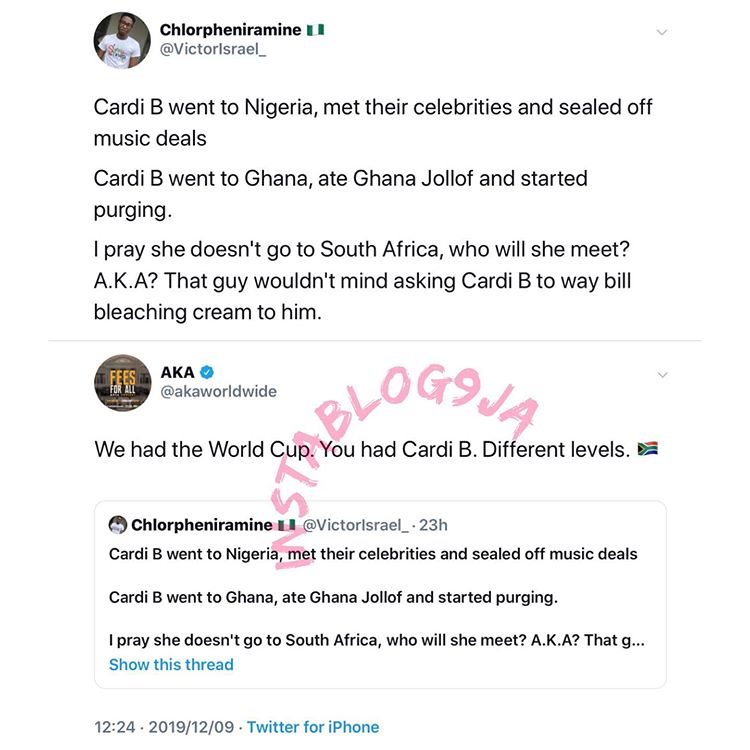 S.A Rappers, AKA and Cassper Nyovest Drag each other on Twitter