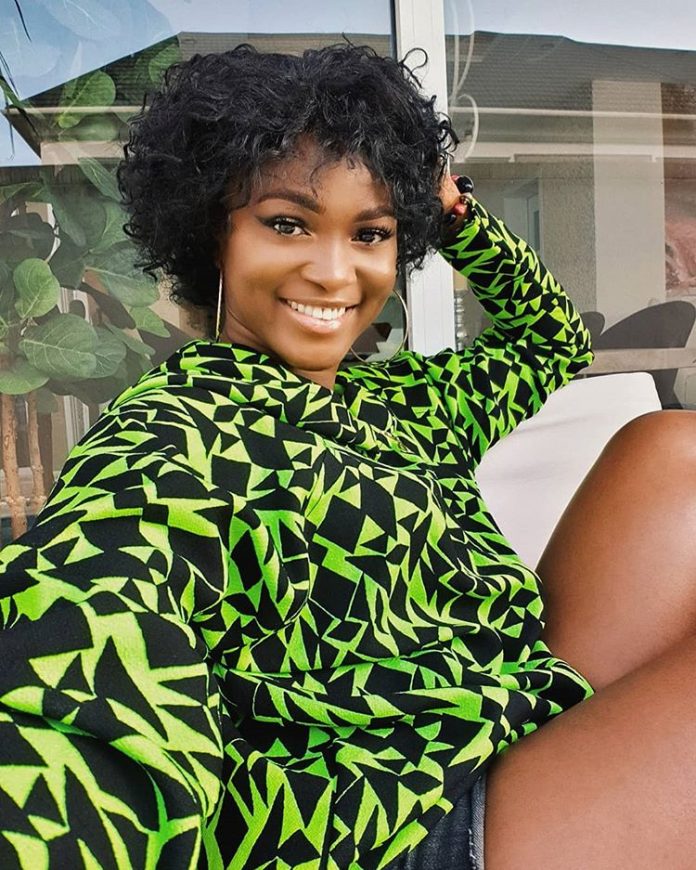 Female singer and rapper, Eva Alordiah has been dragged by a fan on Twitter over her attack on some artiste whom she claimed had no lyrical content. 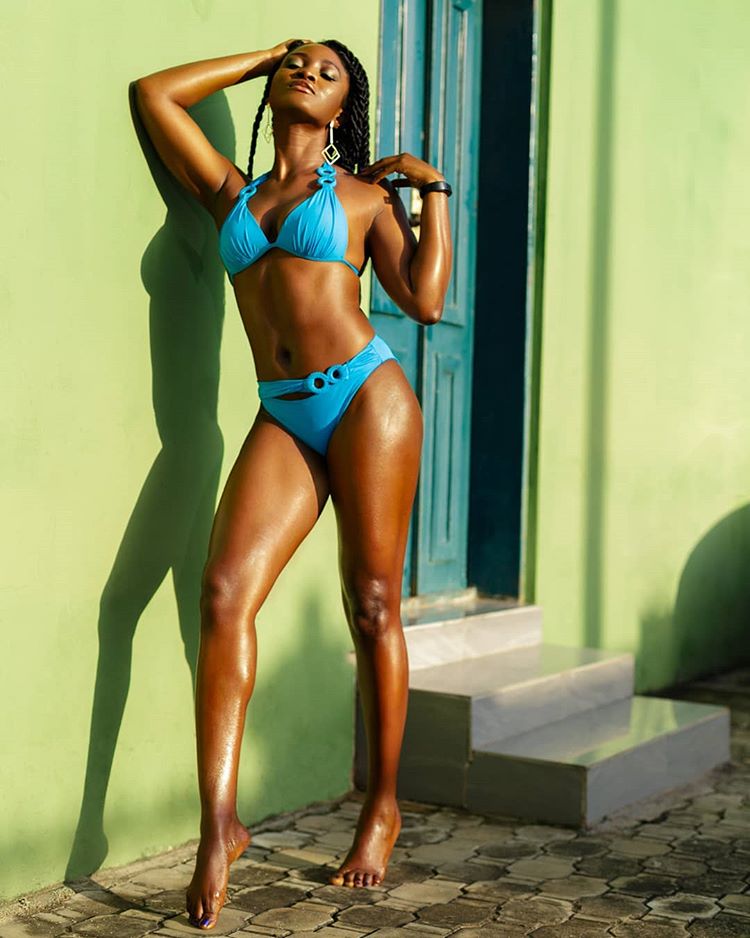 Eva Alordiah who has been off the spotlight for some time now stated that some artiste believe that mumbling some incomprehensible words on beats with no lryics is catching a vibe, noting that they are not catching a vibe but being lazy.

However, things took a dramatic turn when a fan slammed her as he stated that a failed rapper like her should not be criticising artiste as he ask her to mind her business.

Eva who won’t let that go replied him by stating that her name is history and will be forever remembered, however she was given a shocking response by the fan who seems to have her time. 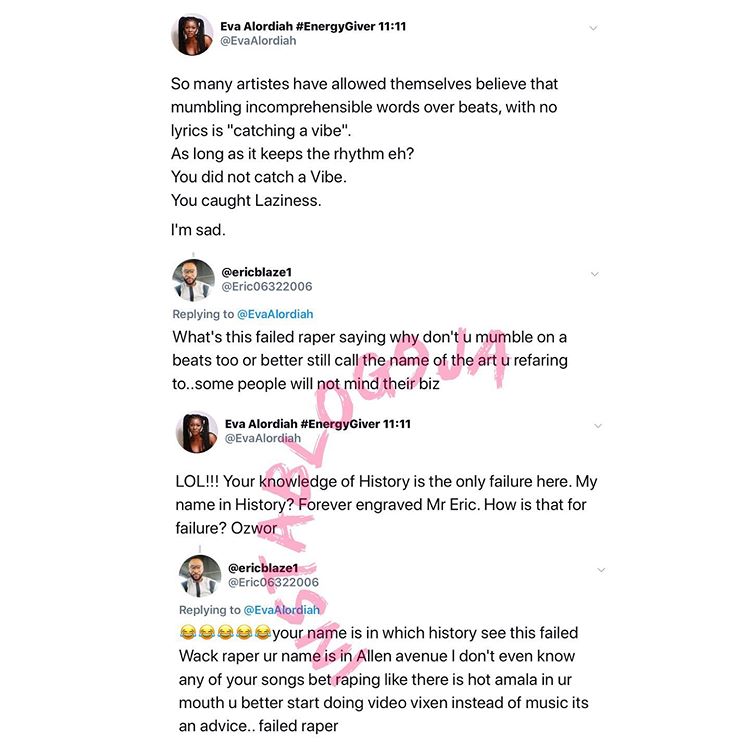 The dread of damnation isn’t as strong as the need for sex – Rapper Eva Alordiah urges Nigerian parents to begin s*x education with...