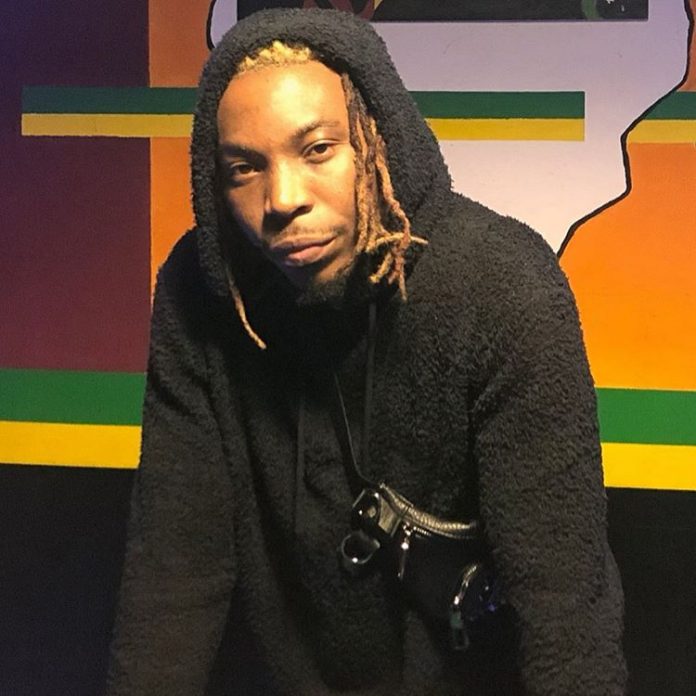 Singer and songwriter, Joshua Iniyezo popularly known as Solid Star has escaped death after he overdose himself with drugs. 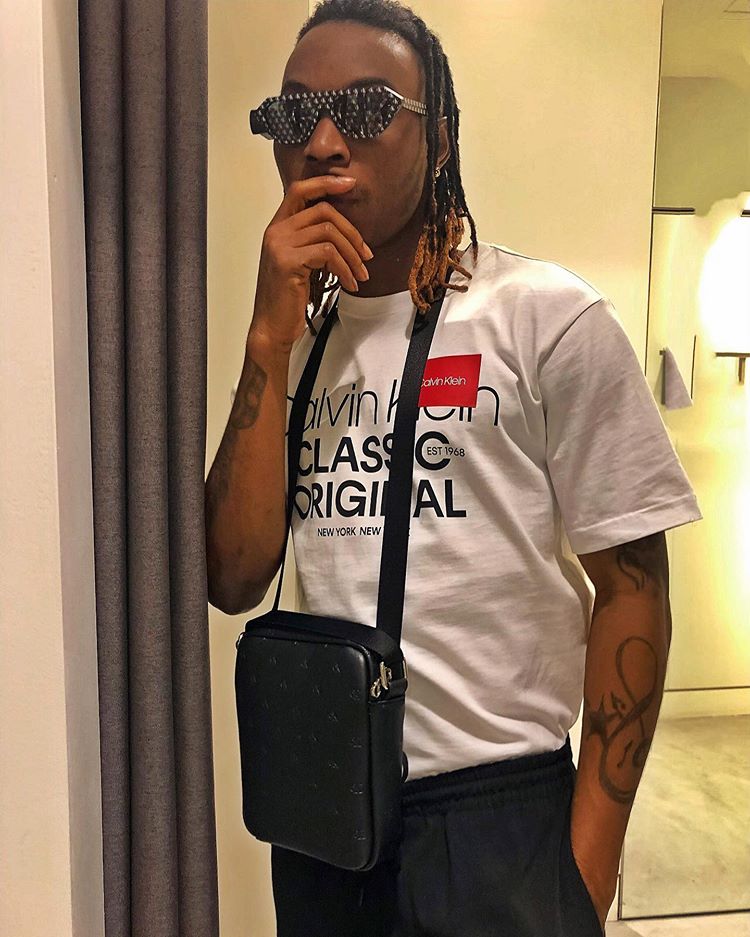 Solid Star who has dish out hit tracks like ‘Olushi’ took to his Instastories to thank God for life as he noted that he realise that there is just a thin line between life and death.

The award winning songwriter stated that the overdose of drugs made him to over bleed as he apologize to those he might have offended with his act before noting that love is the sweetest and slowest form of suicide. 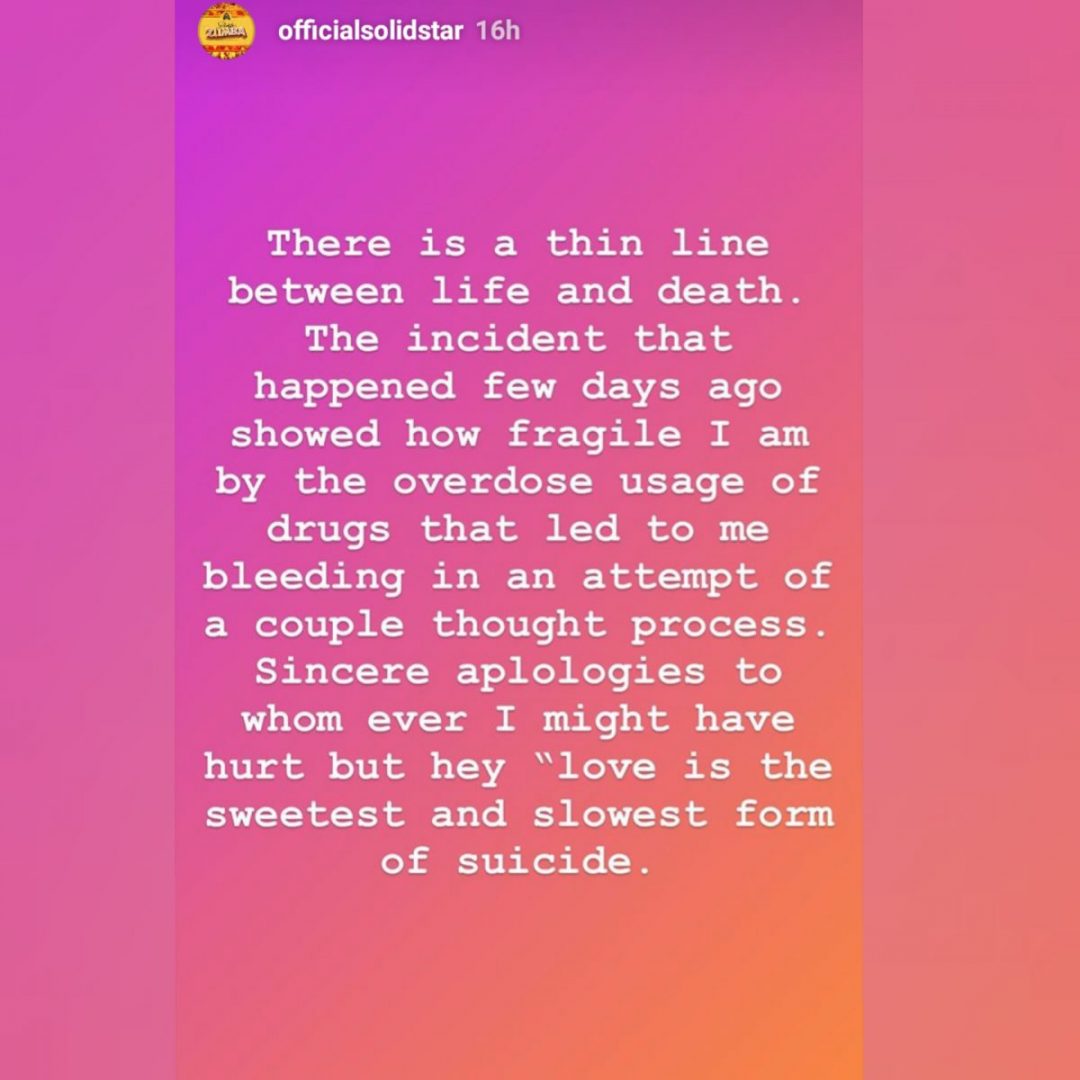 ”Boys will be boys” is a lazy parenting strategy – Adekunle Gold