Home Entertainment #BBNAIJA: Khloe replies classmate who claimed she had sex behind the mosque... 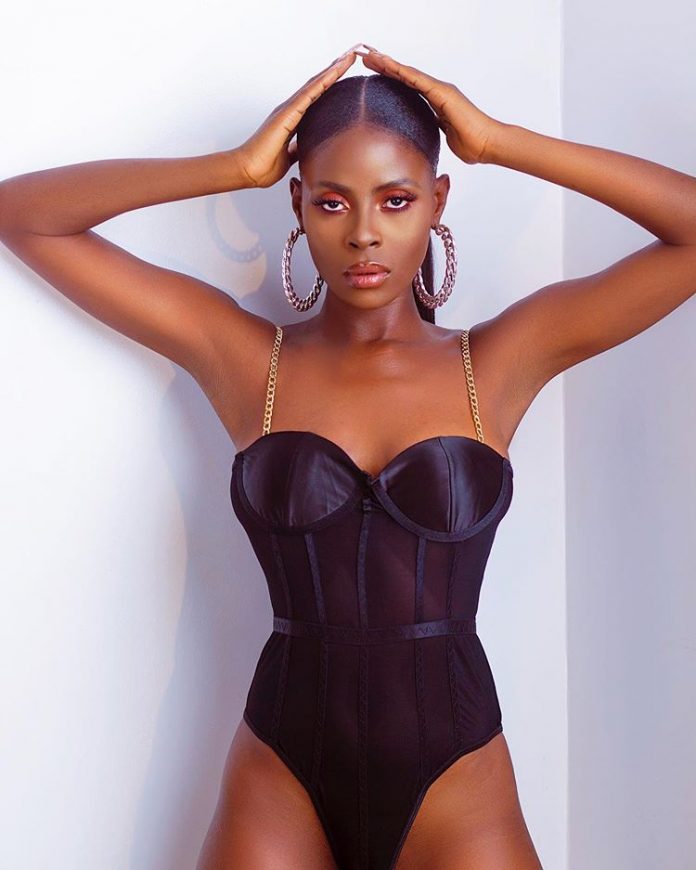 Former big brother naija star, Kokoby Khloe has reacted to claims made by her former classmate that she used to have sex behind the school mosque during the time together. 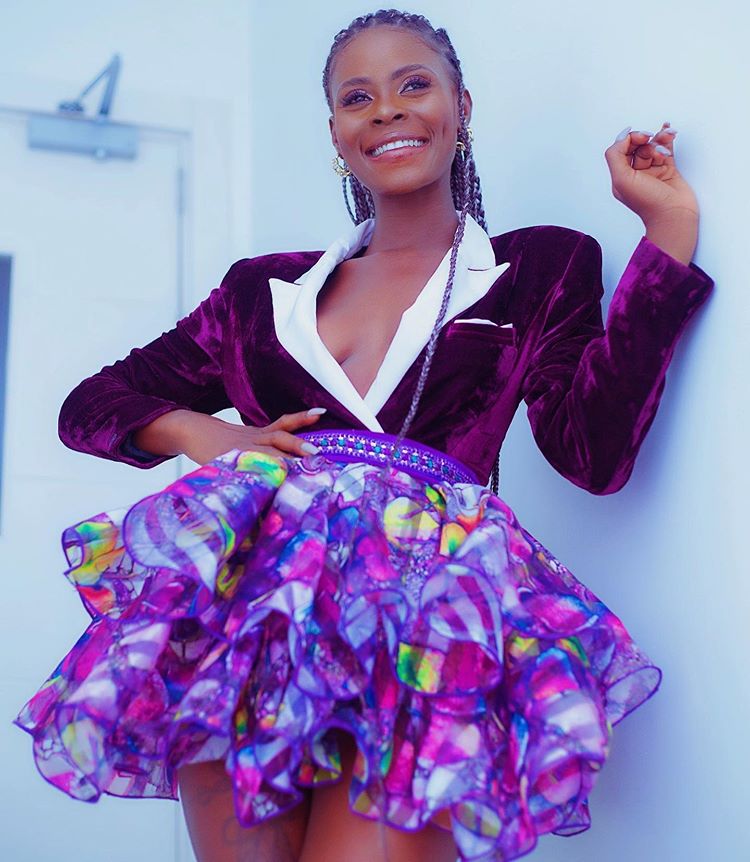 Recall that Khloe had called out her former classmates who bullied her during the time together and still following her on social media due to her popularity.

However, a classmate stunned her by stating she feels she’s special just because she has a Verified Instagram Page and can call out former classmates who are also doing well in their professions.

In a new twist, Khloe has now come hot for the classmate as she noted that the allegations are nothing but lies.

The reality star and model who seems shocked at the allegations stated that she regrets not doing all what she has been alleged of as she reacts furiously to her sisters who had not given her the orientation on how sweet it is in the middle. 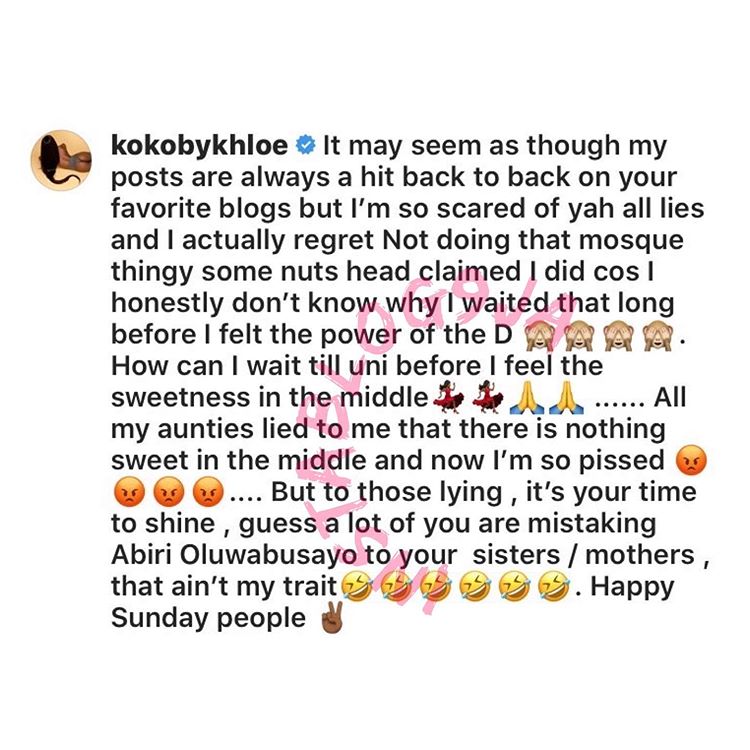 It’s left to see whether her former classmates will let this slide as the drama seems to get more interesting.

Khloe on her part had earlier noted that she will be parting ways with fake friends who tend to stay with her only when it’s sweet.

With the drama involving the reality star and her former classmates, it seems Khloe will be parting ways with many people this year.