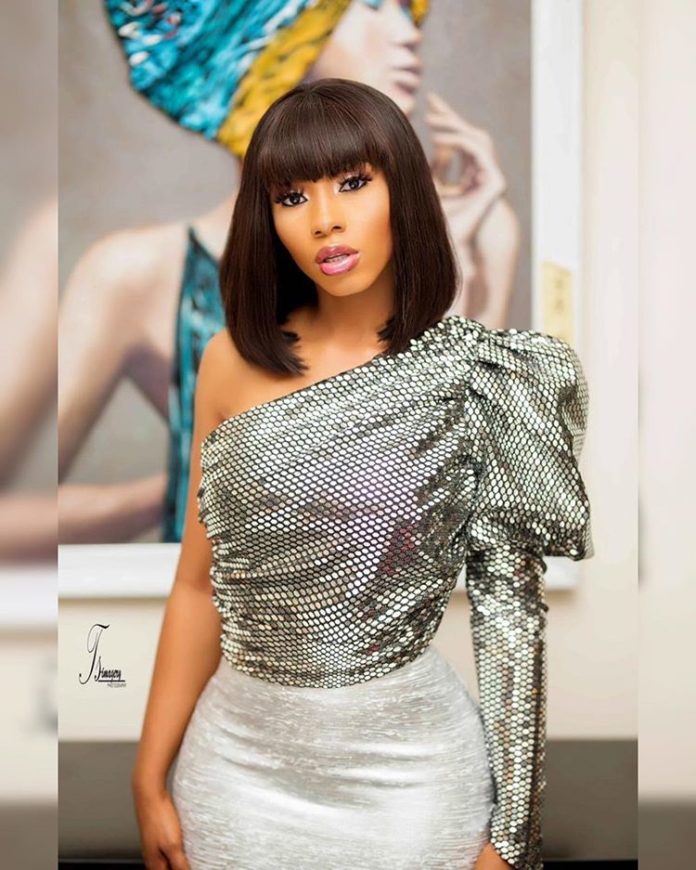 Reality star, Mercy Eke is showing why she’s regarded as one of the hottest housemate that participated at the fourth edition of big brother naija show as she continues to dish out fashion goals to her fans and followers. 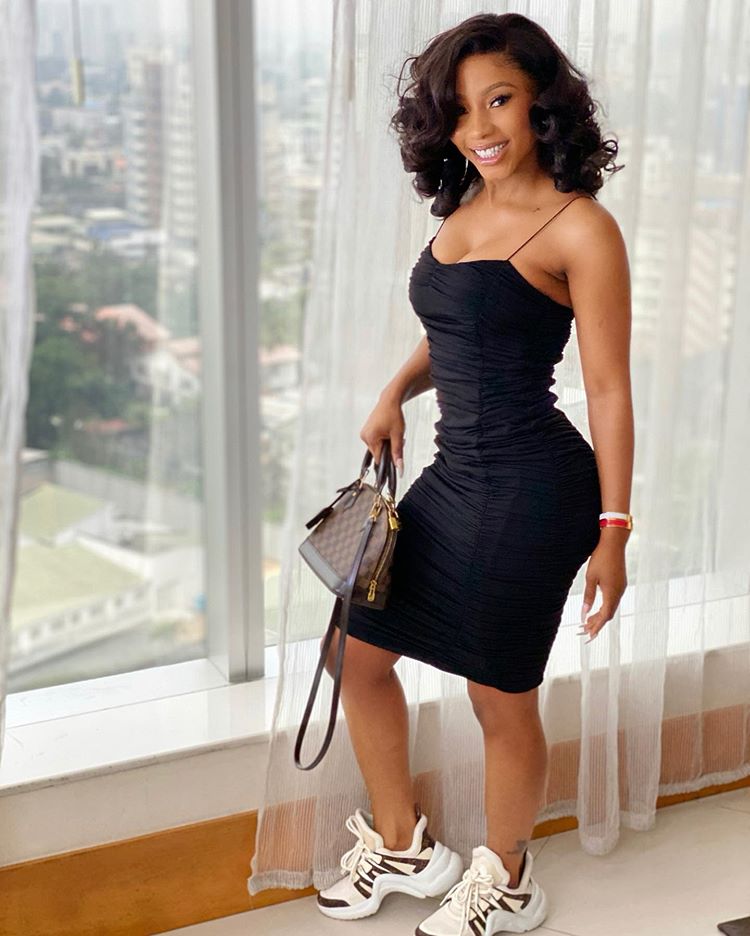 Mercy Eke who made history by becoming the first female to win the reality show, gave fans a glimpse of what she’s got to serve this year as she stuns out in a dazzling blue outfit.

The beautiful and sexy brand ambassador gave her fans something to wander about as she looks cool and hot in her blue outfit.

Fans and followers of the reality star have flood her timeline with messages as they continue to wander where the beauty came from.

Hello everybody? have you shopped from us @mnm_luxury we have all your affordable wears from , wedding , church , dinner, party, and official wears, patronize us today thank you. Dress @mnm_luxury

Mercy in recent days have been going through a tough time with her relationship with Ike who was his lover during their stay at the house.

Despite Mercy stating after the show that what she shared with Ike is more than the show noting that her lowest moment was when Ike was evicted.

Mercy who is also a video vixen said back then: “ What I share with Ike is more than BBNaija. It’s bigger.”

“My lowest moment in the BBNaija house was when Ike was evicted and my highest moment was when I was announced the winner of BBNaija 2019 Pepper Dem.”

It came as a surprise to fans and followers of both reality stars when they unfollowed themselves on Instagram before Mercy stated some days later that she’s single.

To pour more salt on the wound, Ike was spotted hanging around with Tacha who was Mercy’s main rival during their stay at the reality show.

Its left to see whether both stars will reconcile and take their relationship forward just like the case of Gedoni and Khafi who were lovers during the show and engaged themselves after the show.

Johnson Olumide - August 4, 2018 0
For an artiste like Davido, who has multiple baby mamas and a stable relationship, one would wonder how he has been able to balance...

Johnson Olumide - May 2, 2018 0
She continues to slay her way through her new pixie look and yes, we love.  Singer Tiwa Savage has shared new photos of herself rocking...

Wizkid Makes His Own Currency Notes

Adedokun Moses - November 10, 2019 0
Nigeria singer and songwriter, Wizkid seems to be planning to have his own personal country as he shares pictures of his personal currency notes. Wizkid...

Johnson Olumide - February 17, 2020 0
The Am gonna 'Hold You down' Crooner, mother to beautiful twins and ex wife of Singer Marc Anthony, Jennifer Lopez ended the year in...