The war of words between DMW boss, Davido and the former boss of Peruzzi’s record label, King Patrick of Golden Boy Entertainment has continue as both stars comes hard on each other. 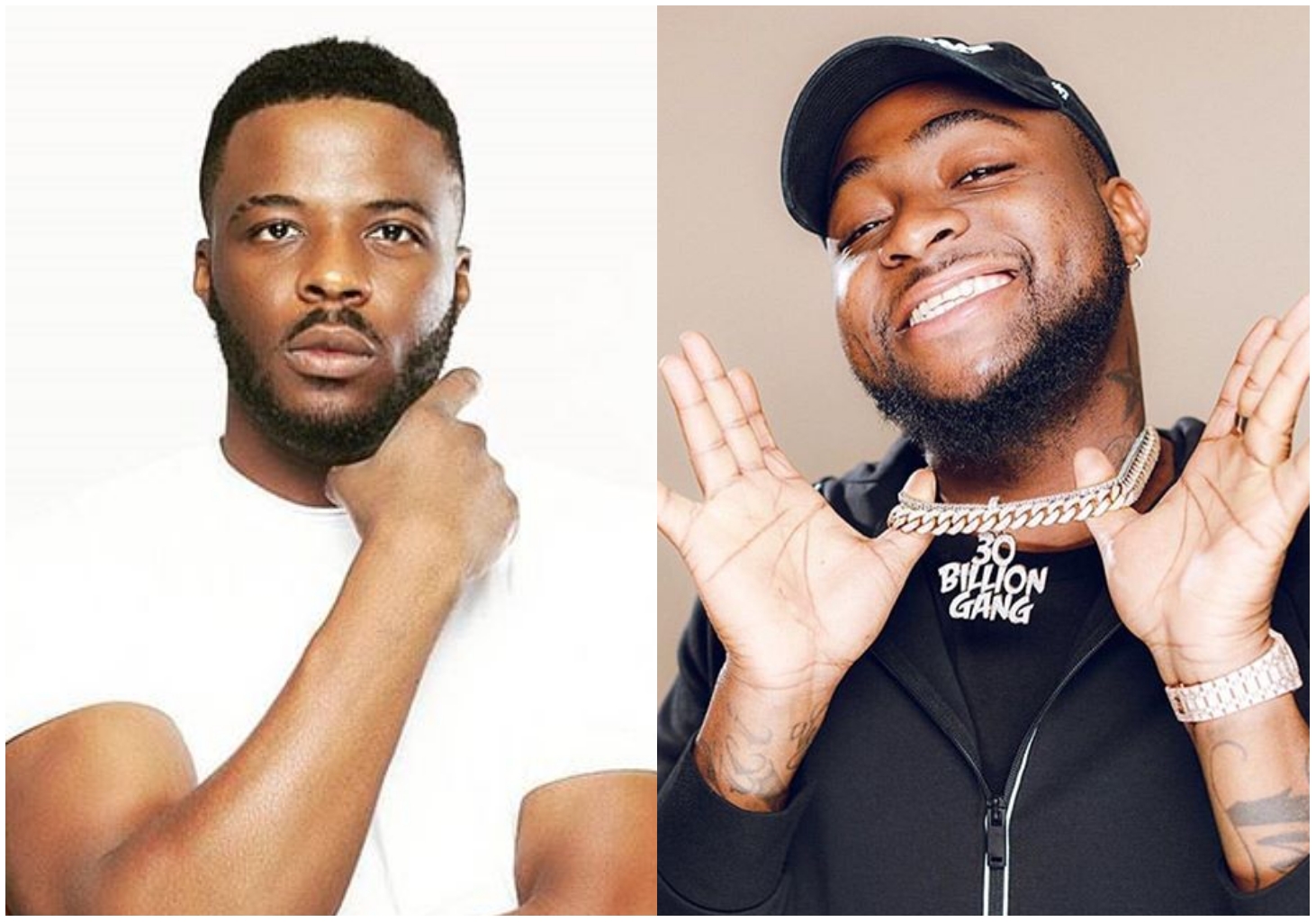 With King Patrick claiming Davido and Peruzzi had refuse to respect the contract signed between them, both stars have aim dig at themselves via a post on Twitter.

Davido had tweeted about a post which seems was targeted at fans and lovers as he encouraged them not to give up but instead ask for her help.

The singer and songwriter however concluded in a way that seems to shade King Patrick as he noted that, the fans should not go to where there will be giving drug.

If you’re feeling depressed, remember that you’re not alone. God is with you always. Don’t be afraid to reach out to people in your family, your church, or your friend circles.Ask them to pray with you and not give u drugs ! Hope u feel better bro ?Crackhead!

However King Patrick who seems offended by the tweet replied him in a thrilling manner as he noted that Davido have been popping babies out and giving ladies STDs.

If you’re Feeling stupid and you’re out there popping babies and giving girls STDs, don’t be sad, reach out to loved ones and get advise from your Huncho on how to fuck his Side Chick and pimp her out to you as his cousin.. Let’s be guided pls. Incest is a Sin.. ? 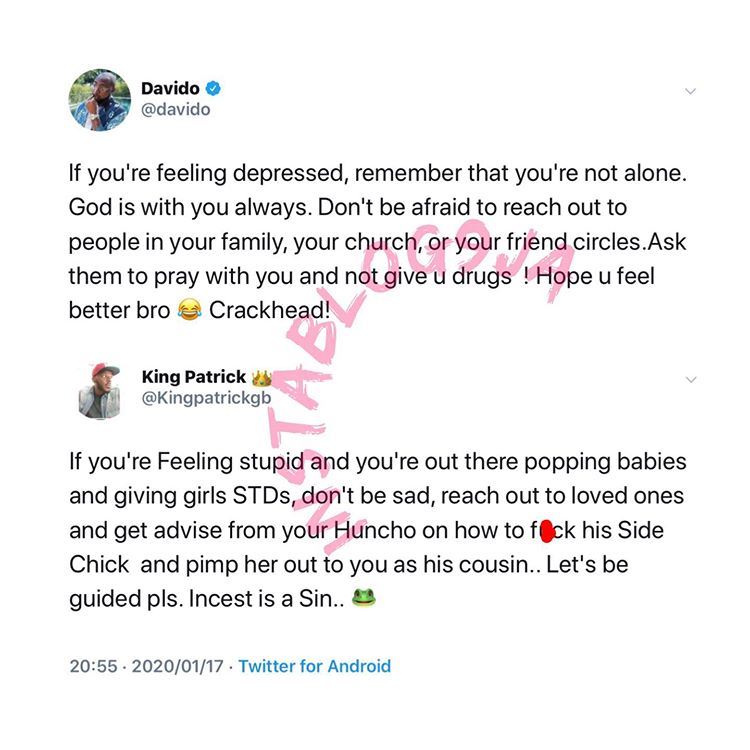 The drama between both stars seems to be going a long way as Peruzzi has also come out to defend himself on the issue.

Davido some days ago also noted that the best thing that has happened to him was Peruzzi joining his team.

It’s left to see whether King Patrick will let the case rest or both music executive will take the case further.