Controversial journalists, Kemi Olunloyo has revealed that singer and songwriter, Davido has no plans to marry any woman. 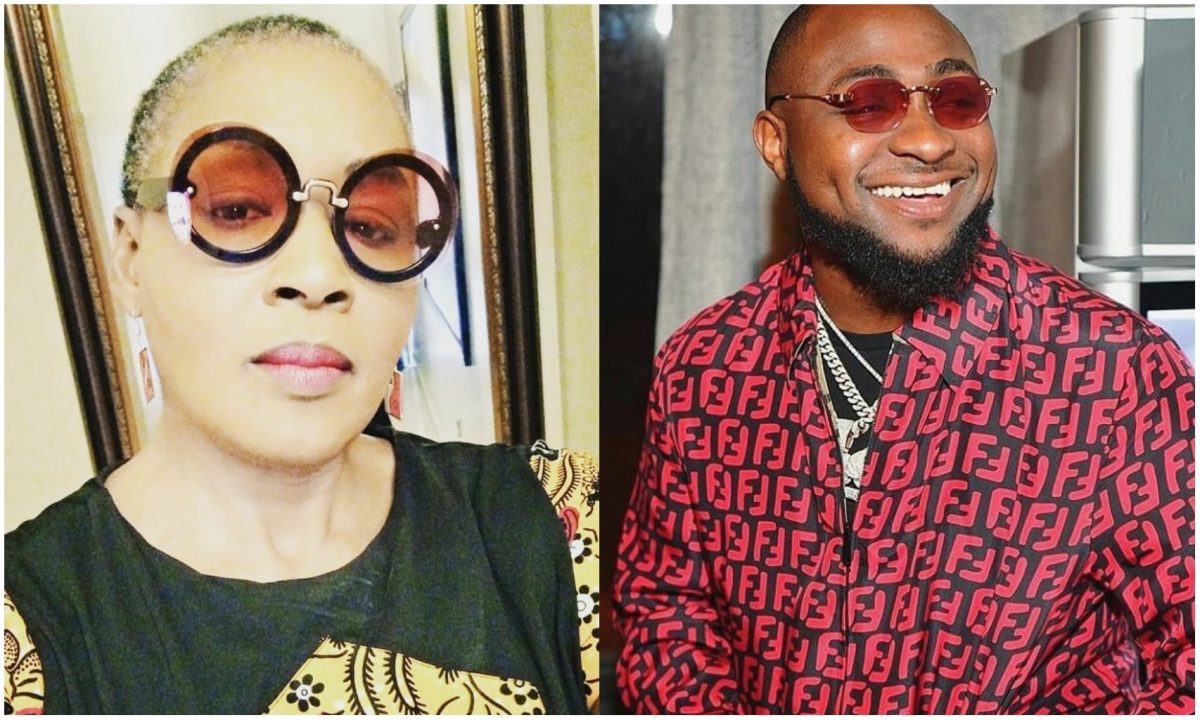 Kemi Olunloyo who is known for her controversial opinions on any subject matters continue to drag the award winning singer as their drama continues.

Recall that Kemi Olunloyo had earlier stated that alleged that Davido is not the biological father of Ifeanyi, his son whom he had with his engaged girlfriend, Chioma.

Kemi Olunloyo has now taken to her Twitter page to call out Davido once more as she noted that the singers D*ck will continue to rise only by lifting other women p!ssies.

Davido is never marrying any woman. His dick will continue to rise by lifting other pussies ?#Kemitalks 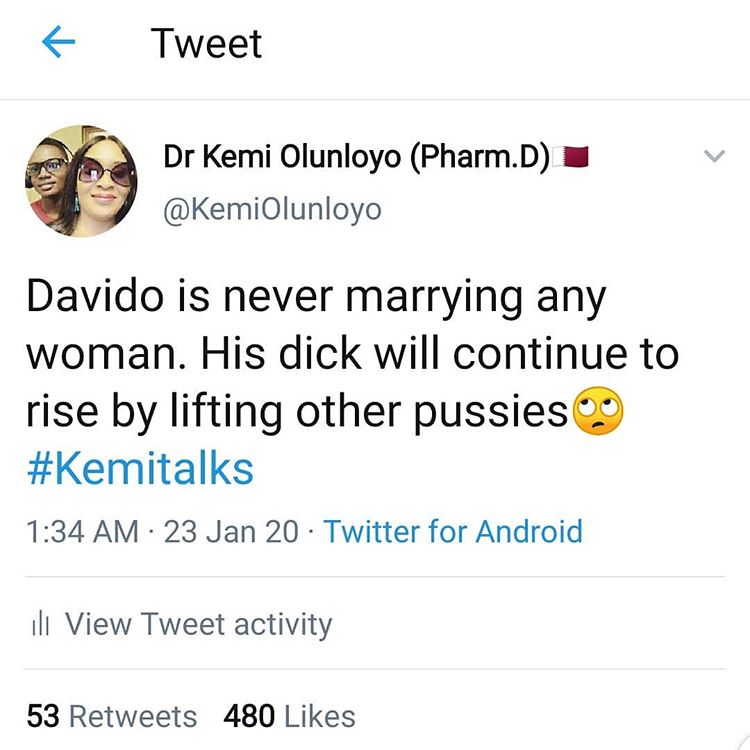 This will come as a shock to fans and followers of Davido as the singer is already engaged to the mother of his kid, Chioma and the celebrities have been rumoured to be getting married this year.

Kemi Olunloyo some days ago conduct a voting poll on her page as she ask fans to decide who Chioma should get married to between Davido and Peruzzi claiming she has dated both star.

Kemi Olunloyo who has earlier revealed her plan to quit Journalism so as to preach the word of God seems to be back and with more drama.