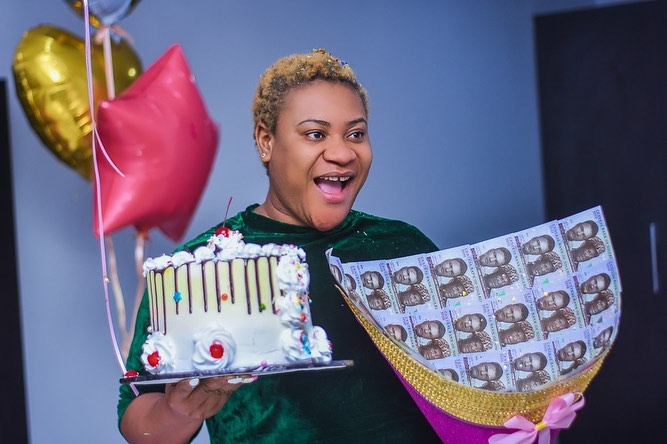 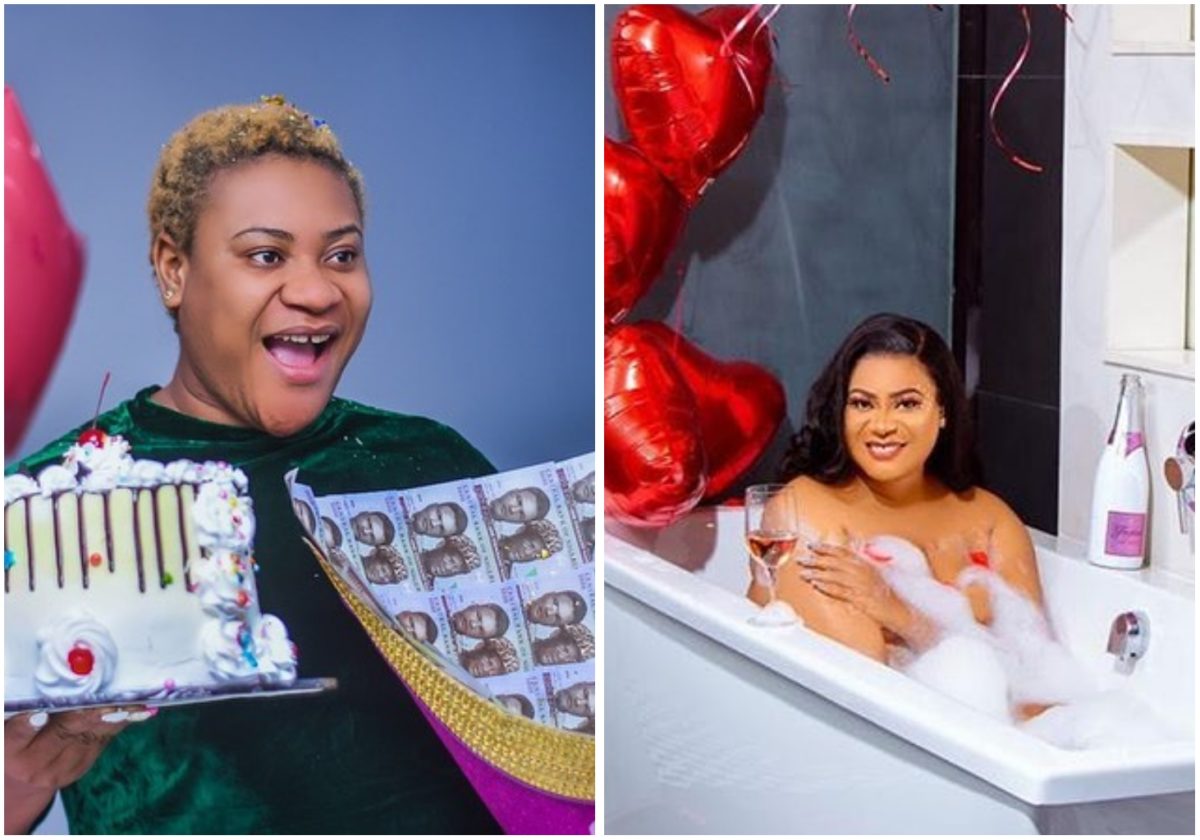 shared the sultry picture to celebrate the new milestone in her life.

Known for her sexy curves and endowment, the actress peppered her fans

with the sexy picture which was taken in a

bath tub as she wish herself a happy birthday.

Nkechi Blessing however took time to ask fans to say a prayer for her as she wrote:

I wanted to write an epistle about myself,then I realize I am an open book,Everyone can see thru me??‍♀️….It is officially my Birthday..Say a Prayer for me?? #feb14bornqueen❤️

READ ALSO
"I have nothing to do with Liz Anjorin drug peddling story" - Actress, Toyin Abraham (Video) 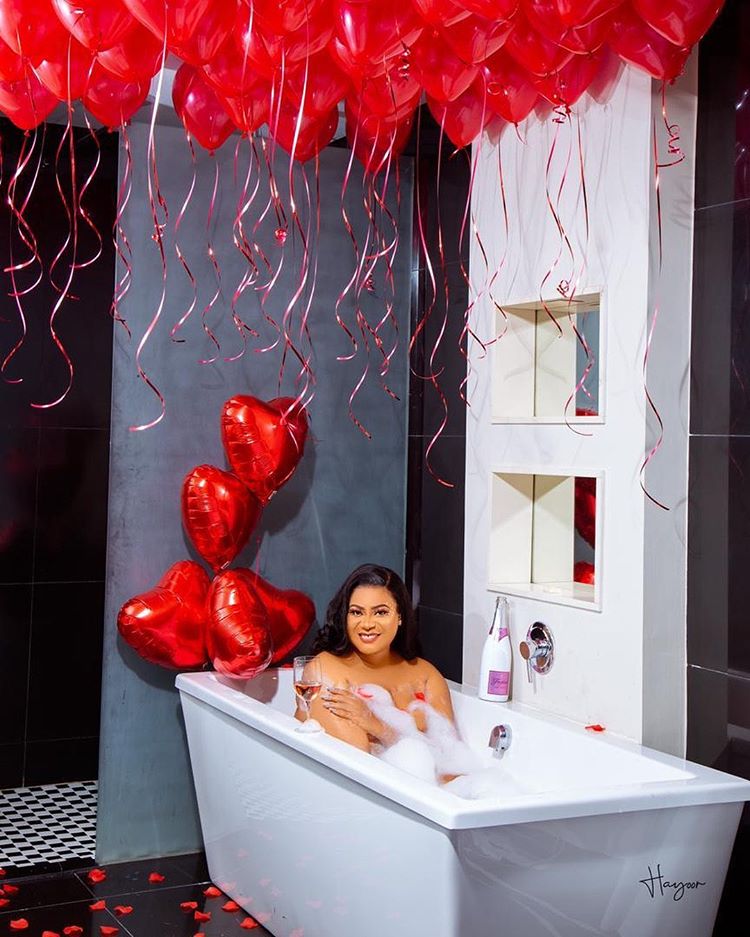 Before Nkechi Blessing celebrates 31st birthday, messages and gift have been

pouring in from fans and celebrities in the entertainment industry.

Nkechi Blessing was shocked by veteran actress, Toyin Abraham who surprised her with an amazing gift ahead of her big day.

Toyin Abraham according to the movie producer and model had gotten the gift for her from London a gift she claimed she cherish.

has been in the arms of her beloved boyfriend for some time now.

The award winning actress have been updating fans by sharing some memorable moments she’s spending with her boyfriend whom she noted that she loves so much.

It’s Valentine’s Day as well as her birthday and fans will be hoping her hubby can spend lavishly on her so as for her new adventure in love to continue.

Too much information, too much defending, too much of everything is bad – Actress Sonia Ogiri scolds Nkechi Blessing

“Falegan That Used To Cry On Top Of Me” – Nkechi Blessing Drags Ex-Husband, Shows Off What She Wears In Place Of Panties (video)

“Until a man puts a ring on my finger, I’ll not stop cheating, I’m a born cheater”- Nkechi Blessing Boast