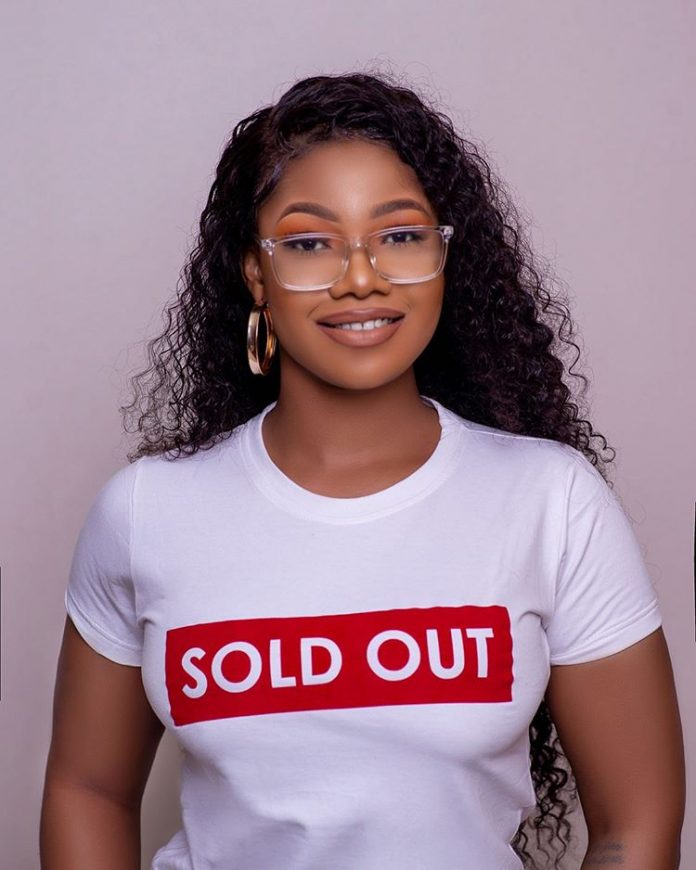 Social media world is currently on melt down as fans react to Tacha and Mercy new found love on the internet. 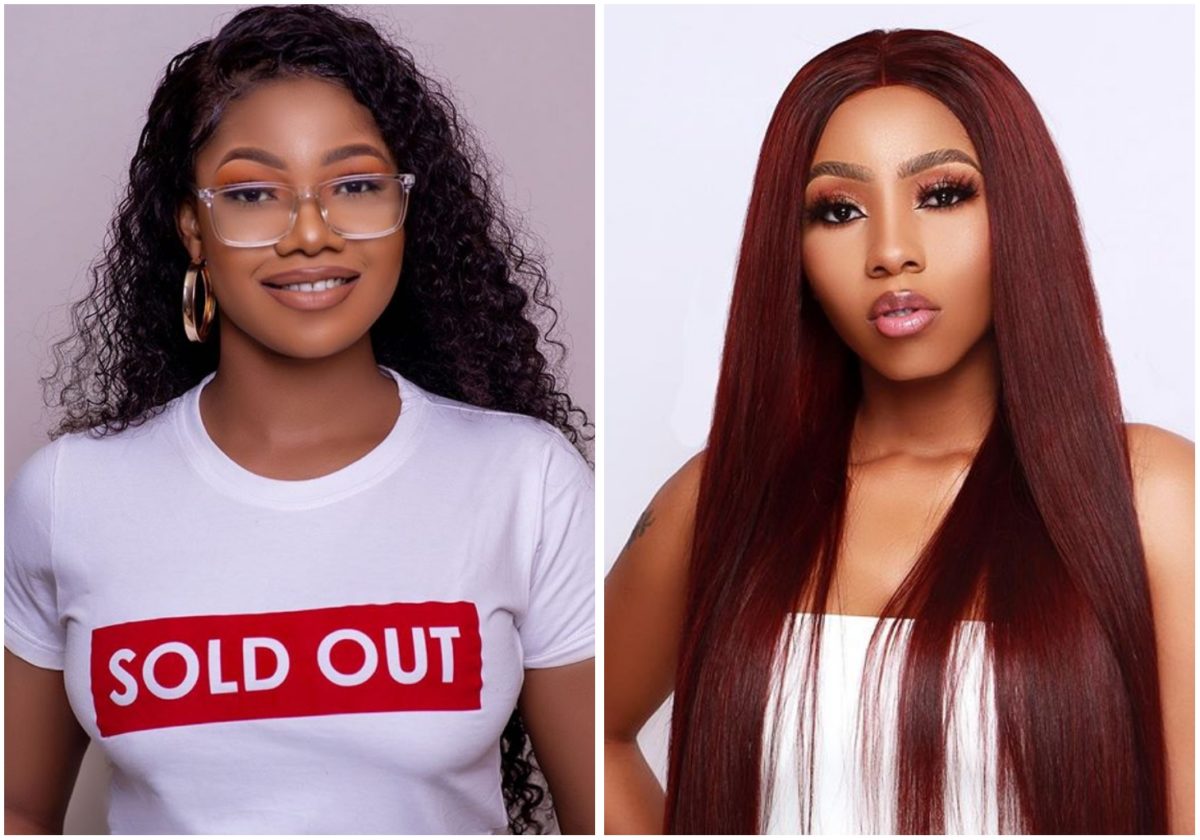 show has ever seen since it’s inception, it come as a surprise when Tacha liked and

commented on a post that has to do with Mercy.

The drama unfolded on Instagram when Royal Hair, a brand that both reality star

Fans who were surprised at her action, reacted swiftly to it as they noted how

great she his to have done such thing despite the rivalry between them. 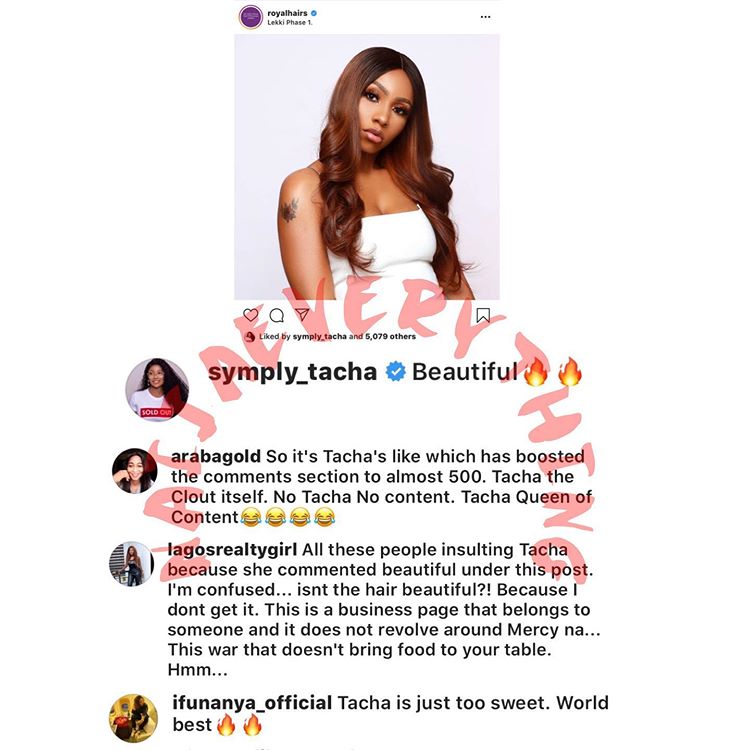 between both stars led to Tacha being disqualified from the reality show.

However, despite that the show has concluded for some months now, both stars have continue their rivalry outside as they’ve aimed dig at each other on numerous occasions.

Tacha and Mercy some days ago shaded themselves over a reality show that both stars are planning to start.

The two models and brand influencers via a series of post on their respective social media pages shaded themselves as they continue to prove who is the best among them.