Controversial singer, Speed Darlington has come hot for Nigeria politician, Senator Dino Melaye as he claimed it’s a good thing he did not win the Governorship election. 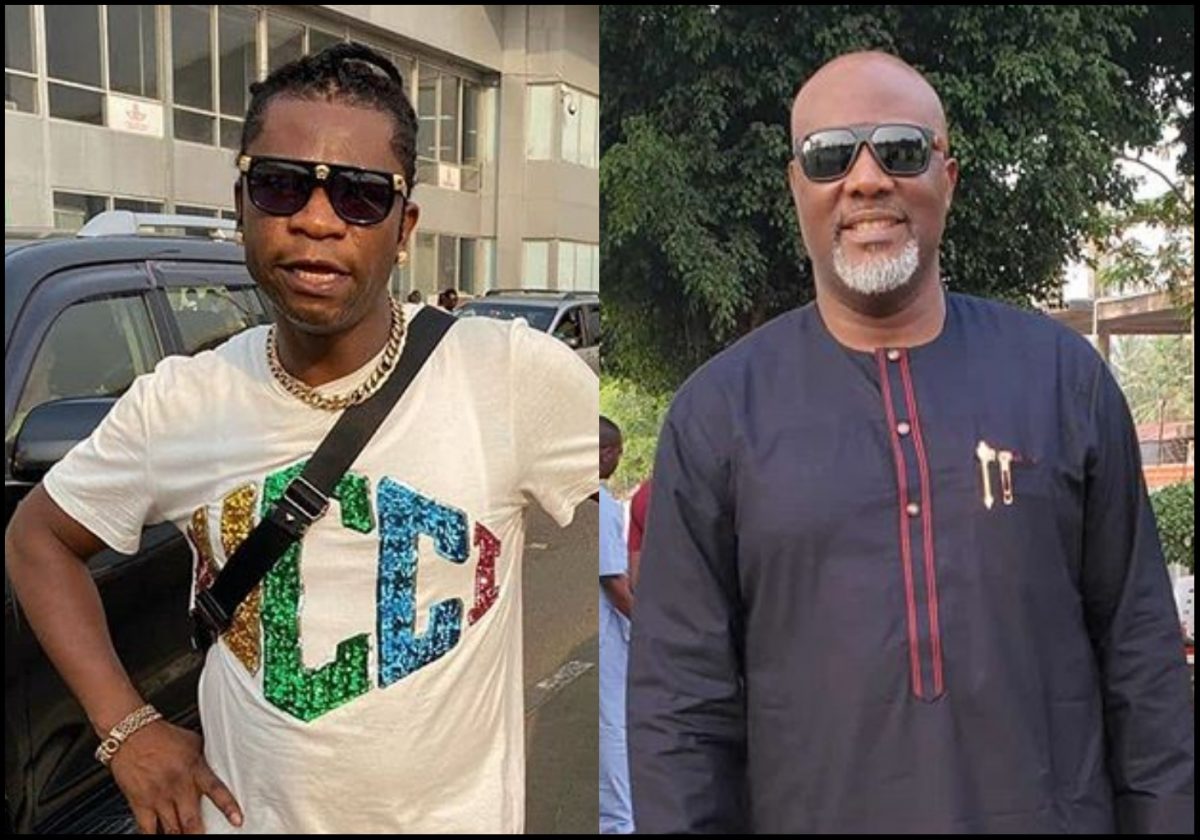 Speed Darlington disclose this while reacting to the flamboyant lifestyle of Dino Melaye after he flaunted his collection of cars.

Dino Melaye who was a member of the 9th National Assembly, representing Kogi West Senatorial district was slammed by the singer as he claimed that no man should have all his wealth if he’s only job was to be a senator.

Speedy continued he’s troll by stating that it’s a blessing he’s leg was broken during the election, if not he would still be swimming in money. 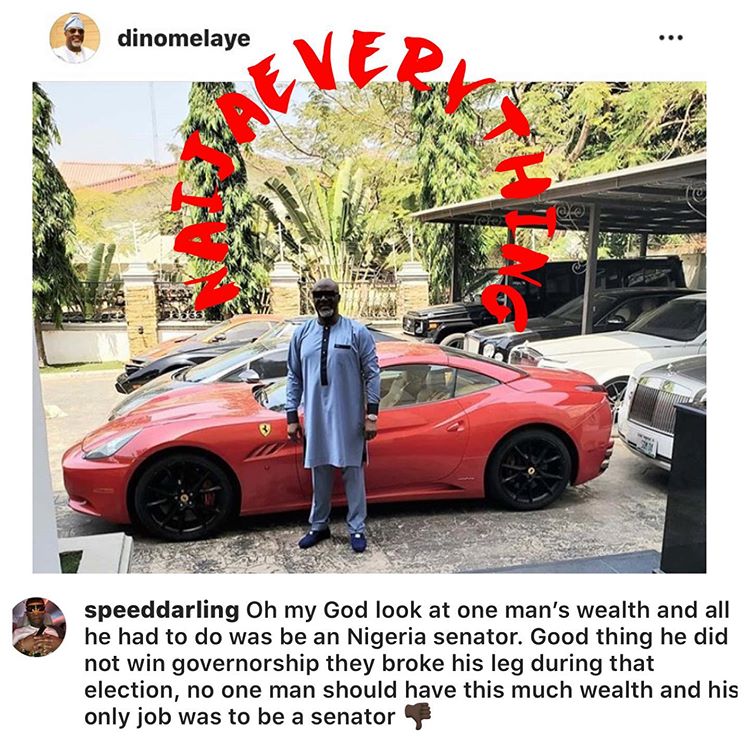 Speed Darlington have been quiet in recent days but seems to be back in full gear as he continue the drama he’s popularly known for.

Dino Melaye is also dramatic and fans should not be surprised if he comes back for Speed Darlington.

Watch the New song, Senator Dino Melaye composed for Atiku Amidst Being Dragged For Deleting His Tweet On Deborah Samuel (video)