Home Entertainment “Me too dey find who go give me money” – Jaywon replies... 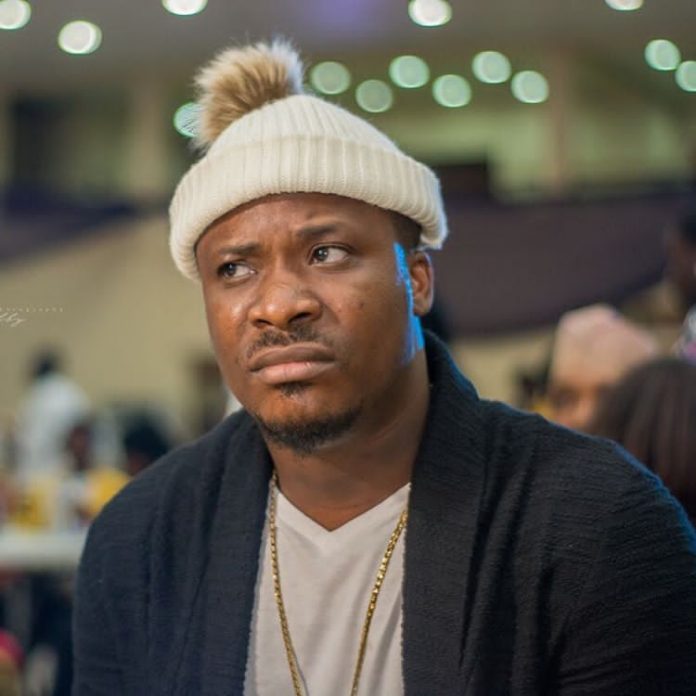 Singer and songwriter, Jaywon have given a fan a shocking reply after he asked for his help on social media. 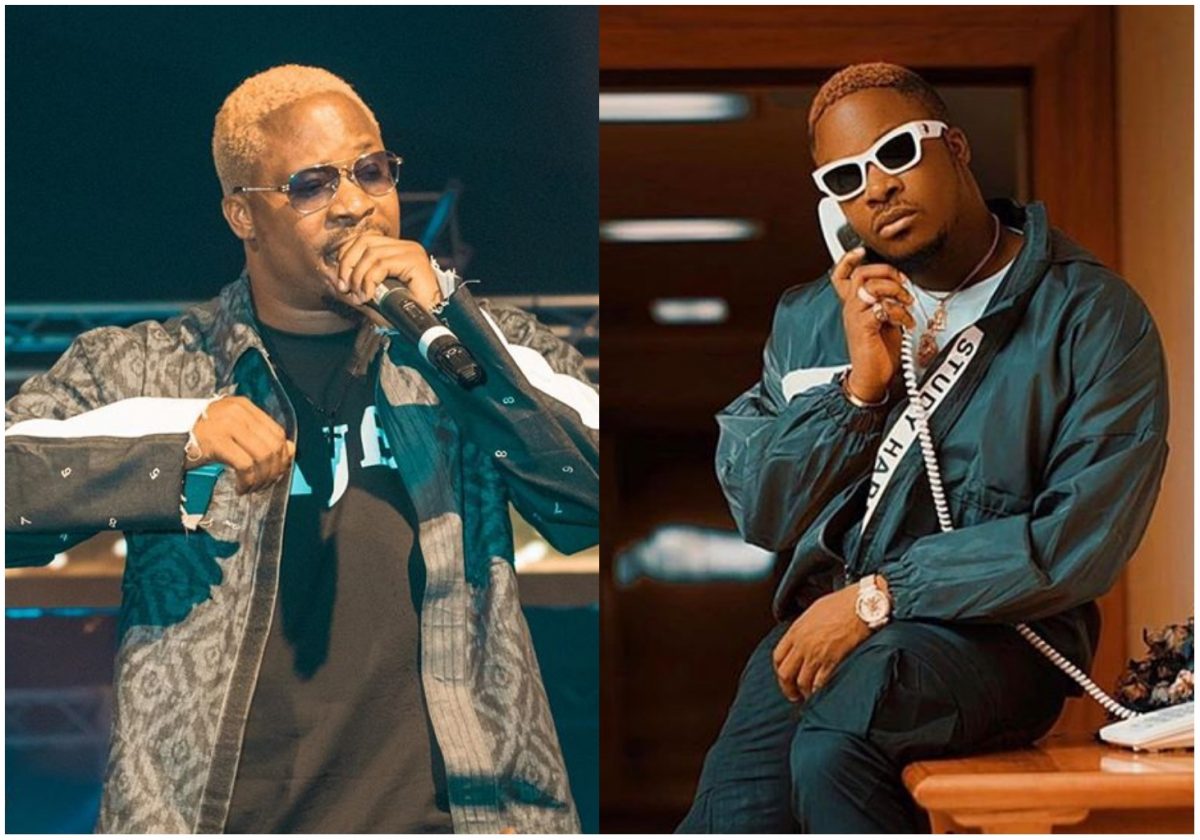 the fan was given a Savage reply by the veteran songwriter.

Jaywon was taxed by the fan on micro blogging site, Twitter

He asked the award winning singer to please give him any amount as he noted that he’s dead broke.

However, Jaywon who seems to be in a difficult state himself replied him  by stating that he’s also looking for who to help him before praying for God’s help. 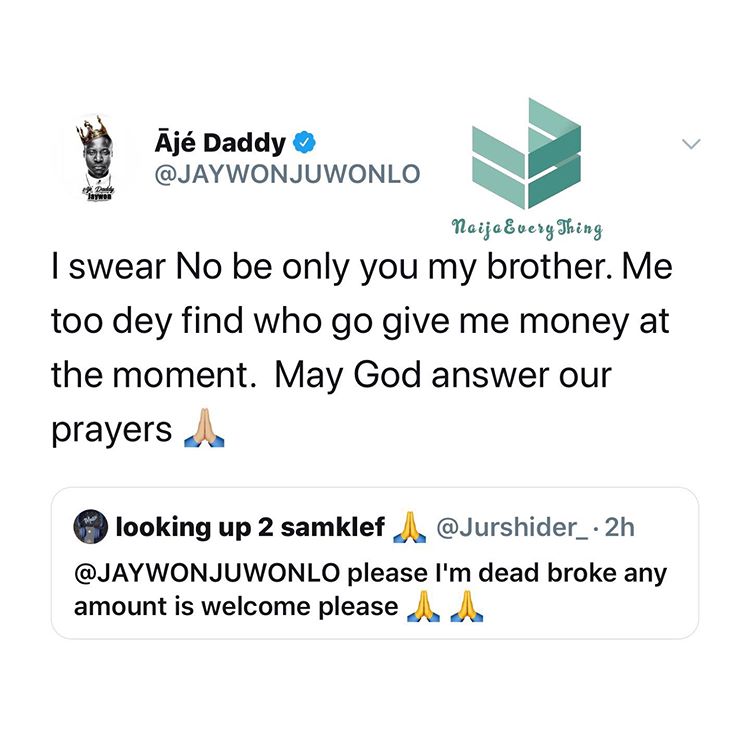 The “Aje” crooner some months ago alleged that he was robbed at a club in Ibadan advising fans not to go to the vicinity of the club.

According to Jaywon, the club which he identified as Club Sluggers was where he was by bandits adding that the manager of the club even fought with him.

‘Ogun owo re o, Abeg let me no if e work’ – Nigerians make fun of singer Jaywon for visiting a Shrine ( Photos)

Singer Jaywon Robbed in a Club at Ibadan (Photo)