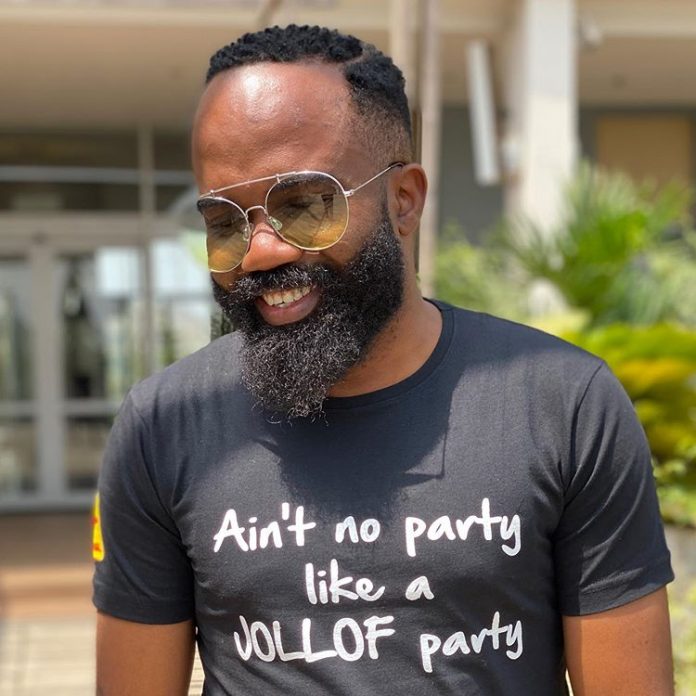 Popular media personality and blogger, Noble Igwe has revealed a shocking statement about what children owe the parents at old age. 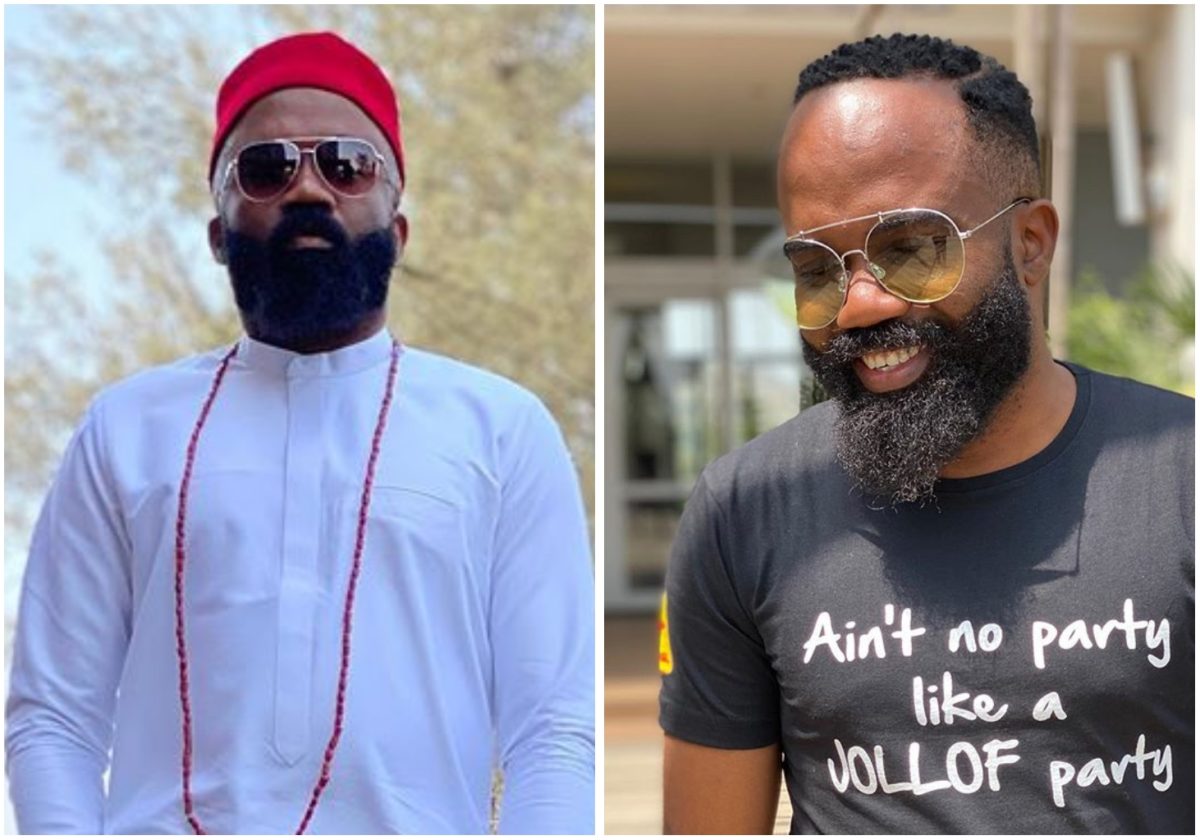 reach some certain age in life, Noble Igwe thinks this is a bad culture and should be

According to the socialite and entrepreneur via a post on micro blogging site, Twitter, the culture is one of the biggest scam that was invented by African parents.

Noble Igwe stated that the children does not owe their parents anything as he noted that they should have planned for their future while they were young and should stop pressurising their children. 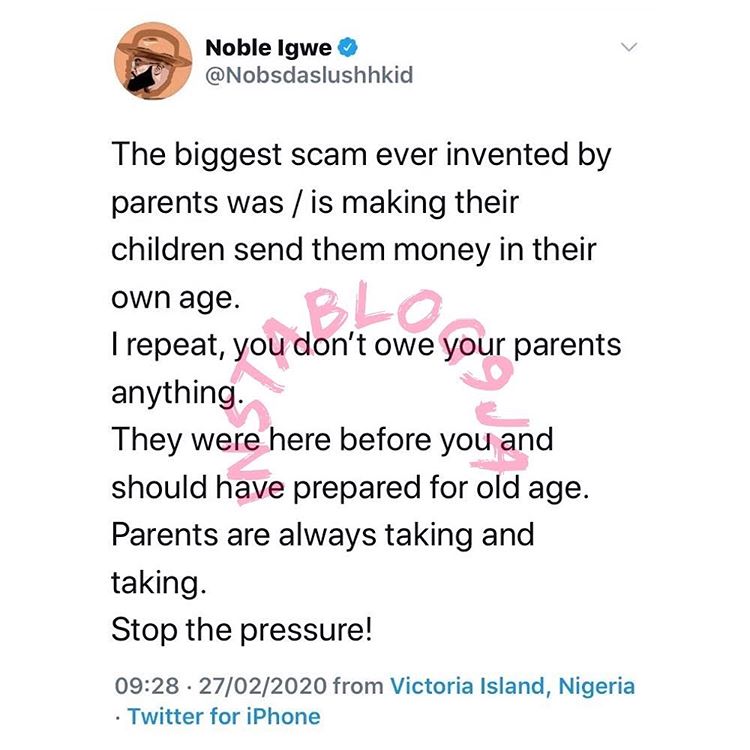 This is not the first time Noble Igwe will be raising eyebrows with his comments on social media.

Recently he faced backlash from fans on social media after he shared a picture of himself in his home town fetching water from a stream.

However, many criticised the image by noting that he is glorifying a failed system as opposed to looking for ways to make things better.

Fans stated that he portrayed the igboland as a place that has no borehole and bathrooms.

Despite this, Noble Igwe fired back at them by sharing several pictures of himself having a nice time in his hometown before slamming the trolls for criticising him.

Its left to see if his new resolution on children not taking care of their aged parents will spark reactions from fans.

Violette - November 25, 2020 0
Celebrity couple, Banky W and Adesua Etomi have once again shown how much they love and adore themselves as they celebrate their third wedding...

Violette - May 11, 2020 0
Last week Rihanna hosted her annual Diamond Ball in New York City that welcomed some of the biggest stars in support of her Clara...

Davido thanks Adekunle Gold for writing one of his favourite songs on his forthcoming...

Violette - May 11, 2020 0
The soon-to-be husband, Davido, has expressed appreciation to Adekunle Gold for helping him out with one of his favourite songs on his upcoming album....

Violette - May 3, 2020 0
Nollywood actress, Ronke Odusanya flaunt curves as she takes to her social media platforms to celebrate 47th birthday. Ronke Odusanya is not leaving any stone...

Violette - July 12, 2021 0
Nigeria President, Mohammudu Buhari has joined millions of people across the globe to mourn the death of veteran singer and songwriter, Sound Sultan. It would...